Following the over-packing blunders of our previous road trip, we decided to pack as light as possible.  However, this legendary cooler could not be left behind.  This cooler has been the fate of innumerable bait fish.  A  white grunt’s worst nightmare. 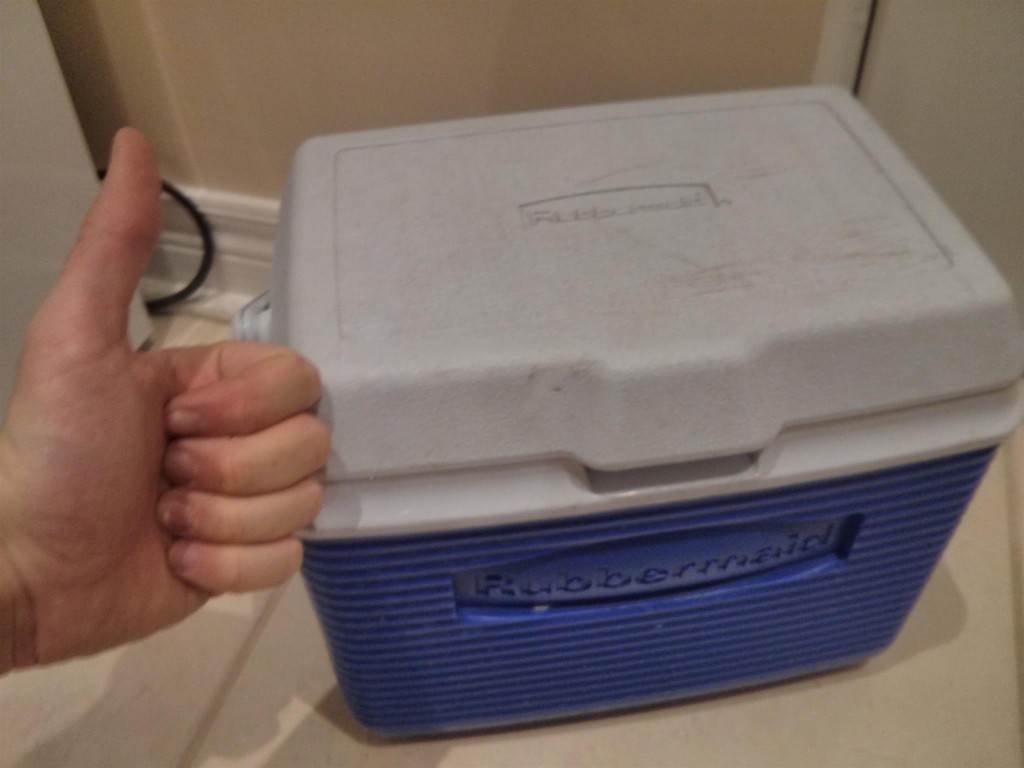 Ken, Bartek and I planned to meet up with Elijah, a fellow species hunter, to fish the Keys as well as a pier north of Miami.  I had no particular species targets in mind on this trip and joined Bartek in a notably bumbling style of tumbleweeding and fish-naming that was endlessly ridiculous.

Part 1:  The bling of the sea
Part 2:  Christmas gators
Part 3:  The bumbling concludes

After departing from a particularly warm Torontonian December, we arrived in Florida to find the temperatures to be about the same.  This was shocking and we forwent our planned freshwater fishing that morning in the fear that the cold weather would have turned off the fish.

Instead, we headed straight for the salt!  We met up with another species hunter, Ryan, to fish in Tampa. 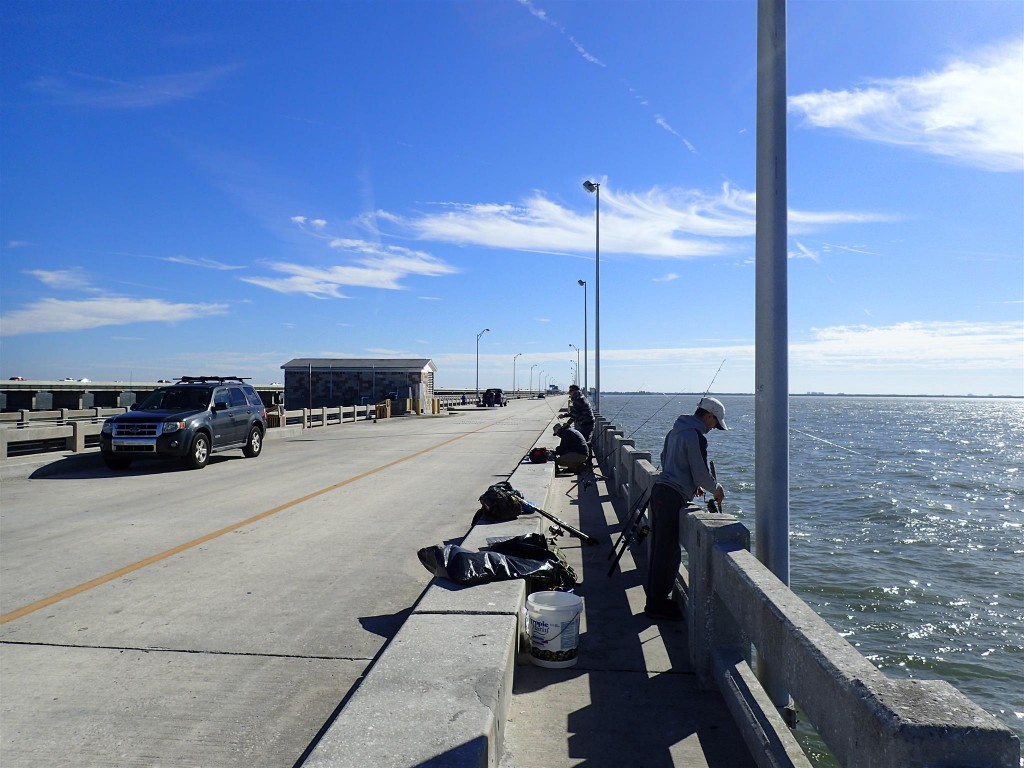 Conditions were rough and there weren’t too many interesting fish around.  Bartek coined a new term for fish of the Carangidae (jack) family and it was “fast movers“.  Bartek was a gem.  Things were going to go great! 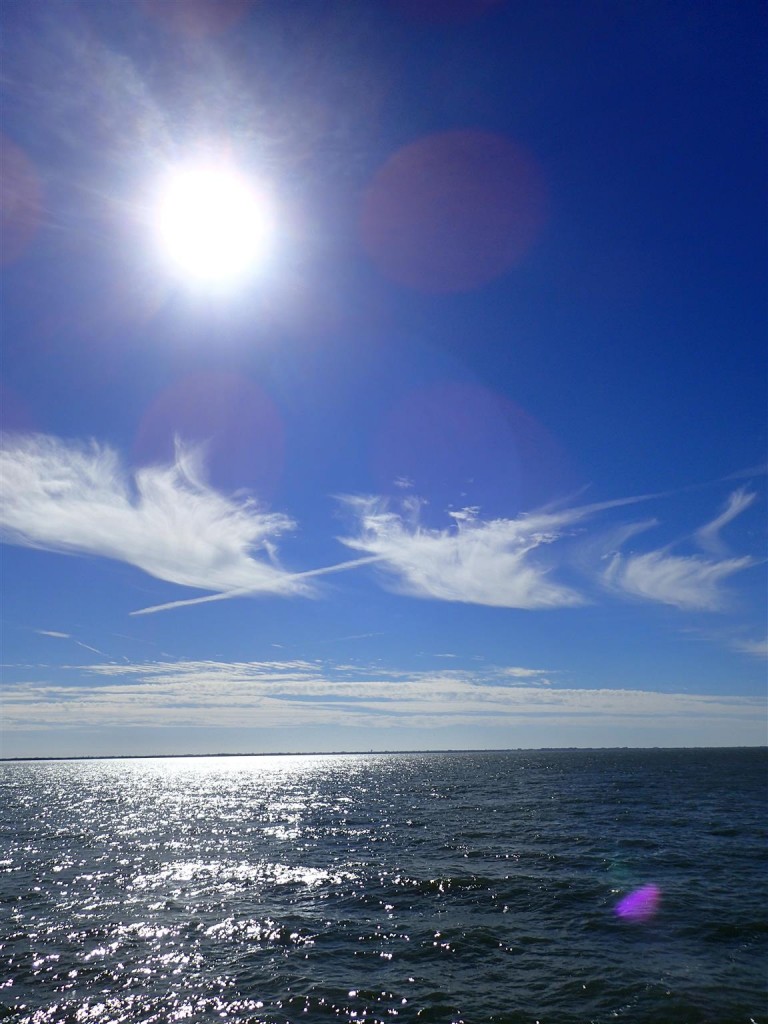 The next day, we motored on down to the Keys.  We wanted to have some great live bait, so we stocked up on live shrimp.  These would come in handy much later, but our first stop wasn’t very productive. 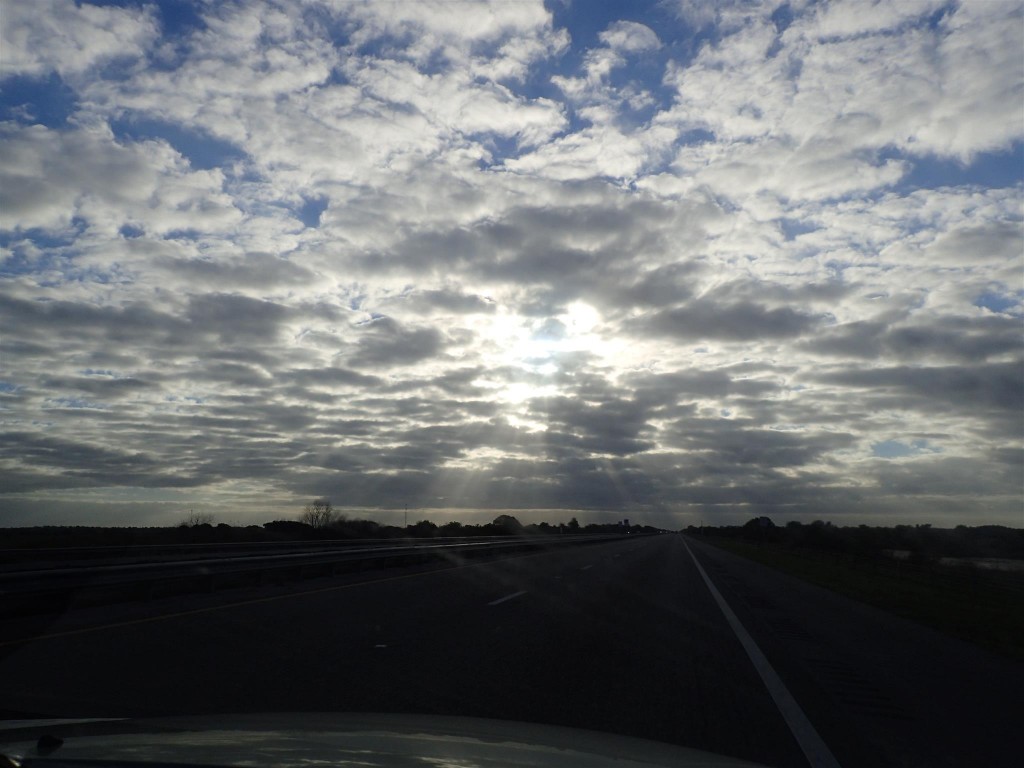 We had planned to fish through the night, but the weather was windy and rough.  We searched for a spot to play hobo, but all the sheltered areas were occupied.   Finally, we made a stop at an old familiar location.   We were almost going to leave, but we spotted some haunting eyes glowing back at us in the dark.  They were tarpon.  As we explored further and trained our eyes, they were a great many tarpon.

We had live shrimp for the occasion, so out went the rods.  The tarpon taunted us for hours. Their disinterest was commensurate with their numerosity.  Ken managed a few hits, but Bartek and I were empty-handed.  Every so often we could catch their silvery sheen in the moonlight as they rolled us the middle fin.

Later in the trip, Bartek and I would hold a convention to rename the tarpon to “sea bling“.  We felt their elusive appeal to be more fitting of this name.  Plus, it meant we could still laugh at them… even though they had clearly defeated us.

At one point I thought I had hooked something massive that tired me out and we all took turns pulling on it.  The next day, Ken hauled up a large piece of trashy rope from that same spot.  Rope fish.

I cast some rods out with live bait and got to sleep.  They’d periodically be fouled by weeds or be dragged around by crabs, so I eventually reeled everything in to focus on the sleep part. 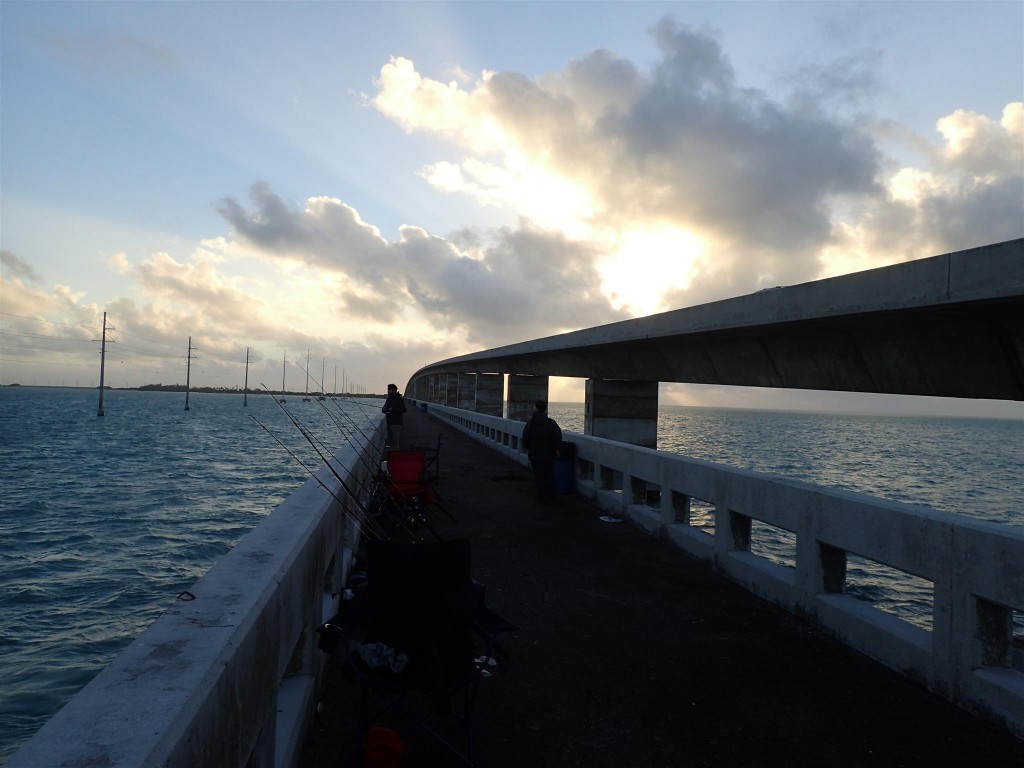 In the morning light we were all amazed to see thick schools of big jack crevalle moving through the area.  As a group moved through I made a snap decision to throw what I had at them and hope for the best.  That something was a chicken rig of 20lb line.  Some fast erratic jerks got their attention and I had a group of them fighting over my rig. Finally, one cleared the water in its take.

After a long fight down the bridge, I had the victim, a roughly 20lb jack crevalle, ready for the net. With a head shake the rig broke and it was gone. 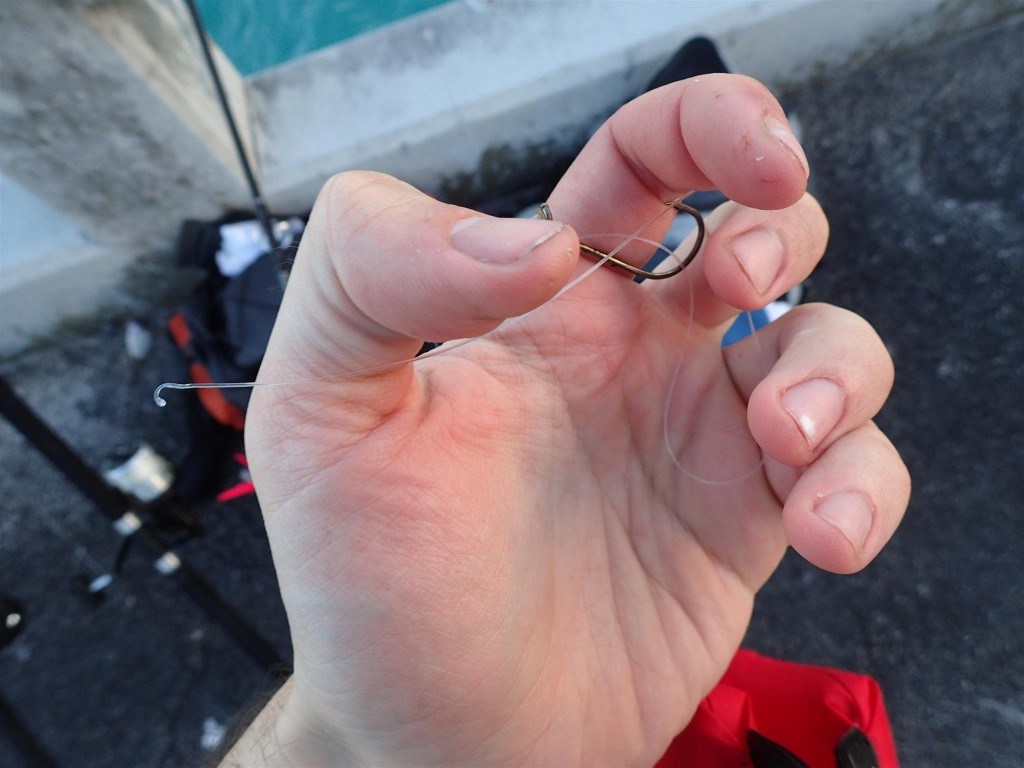 As we fished on we found that the usual attendees, the  slippery dicks, had been replaced by the more elegant puddingwife.  Bartek was quick to point out that their name was sufficiently ridiculous and could be left as-is.  Pudding wife. 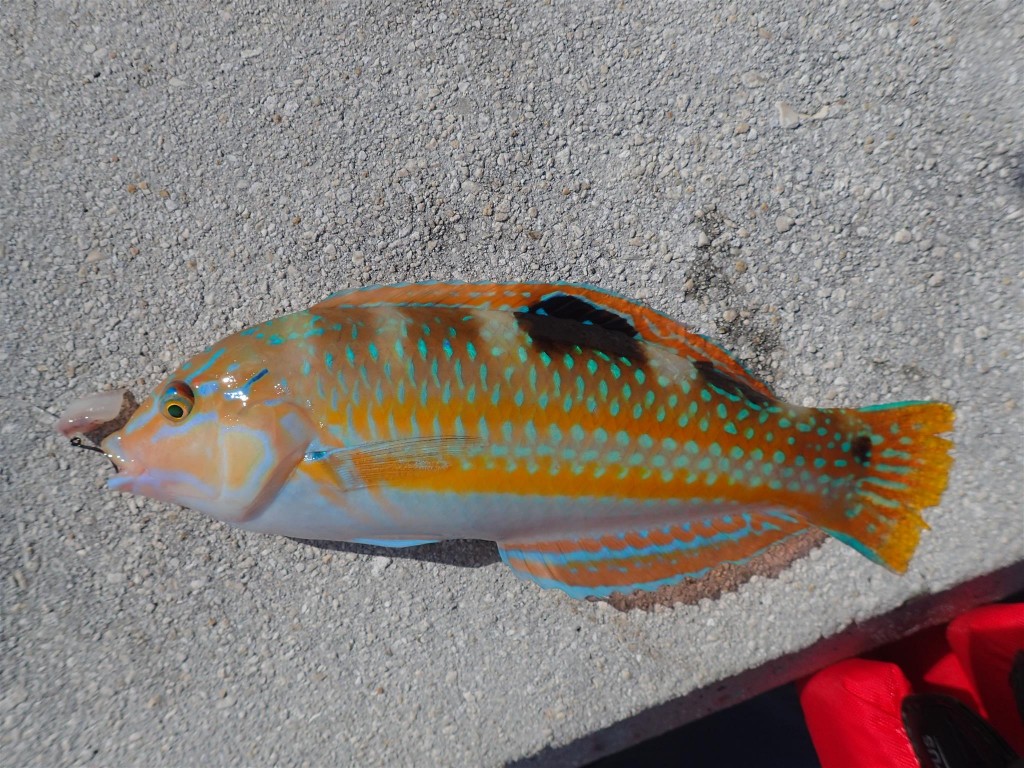 I finally got to document the Bermuda chub and yellow sea chub as separate species for my lifelist by taking careful fin ray counts. 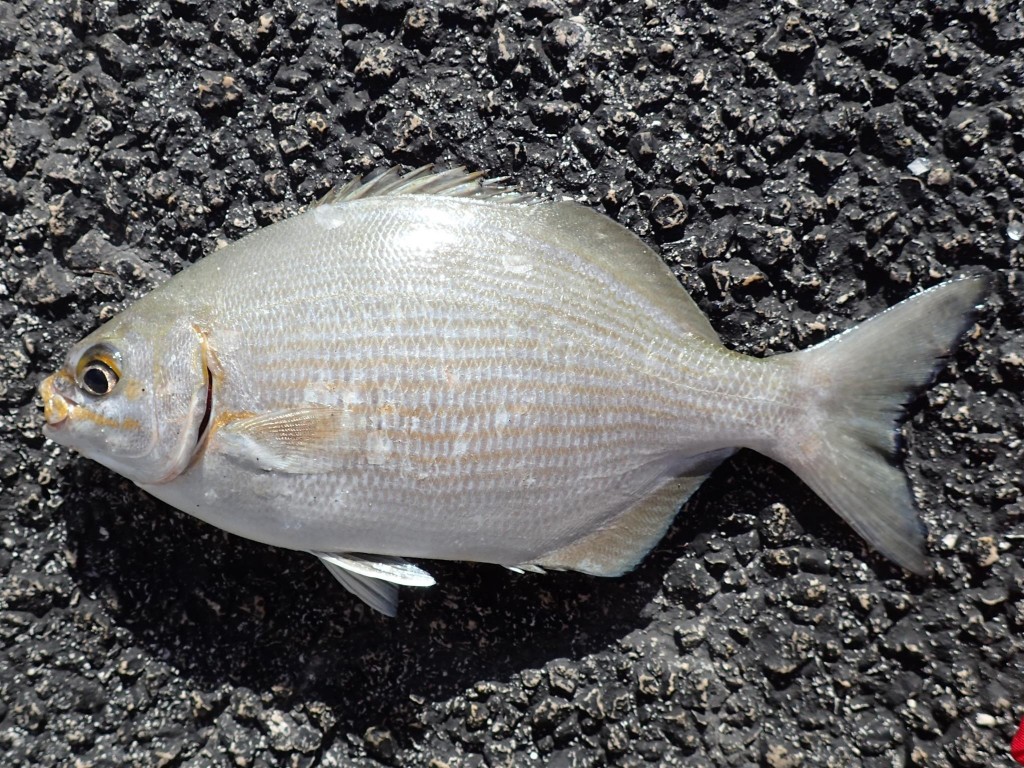 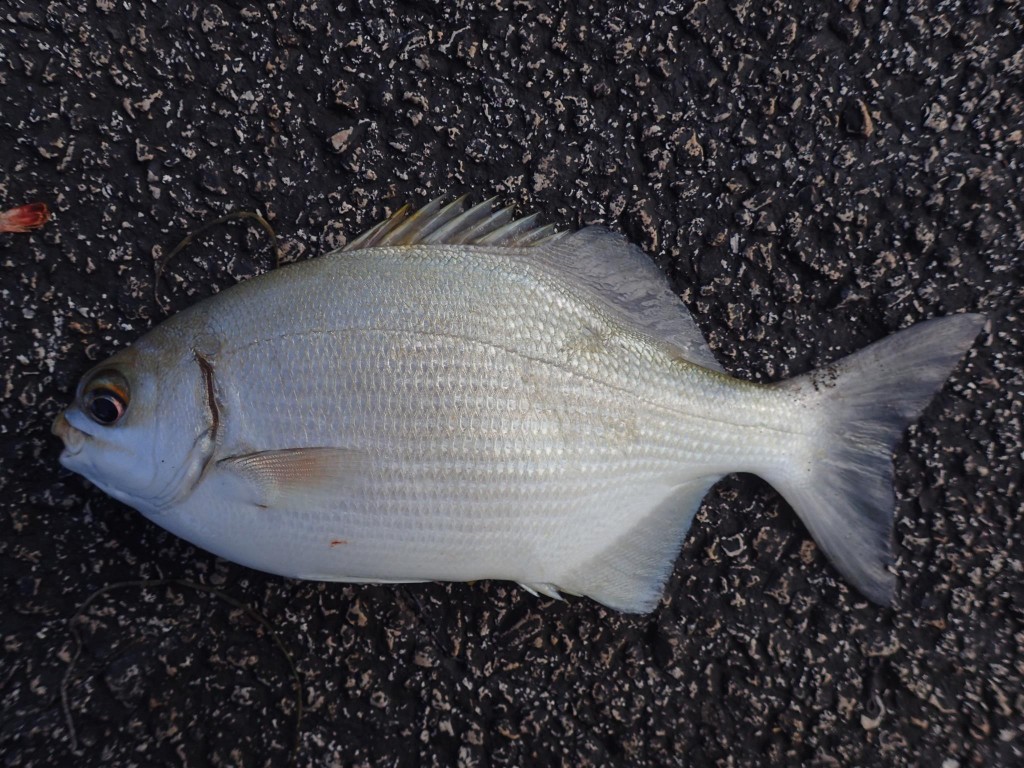 This little guy didn’t make very good bait.  No new name for him. 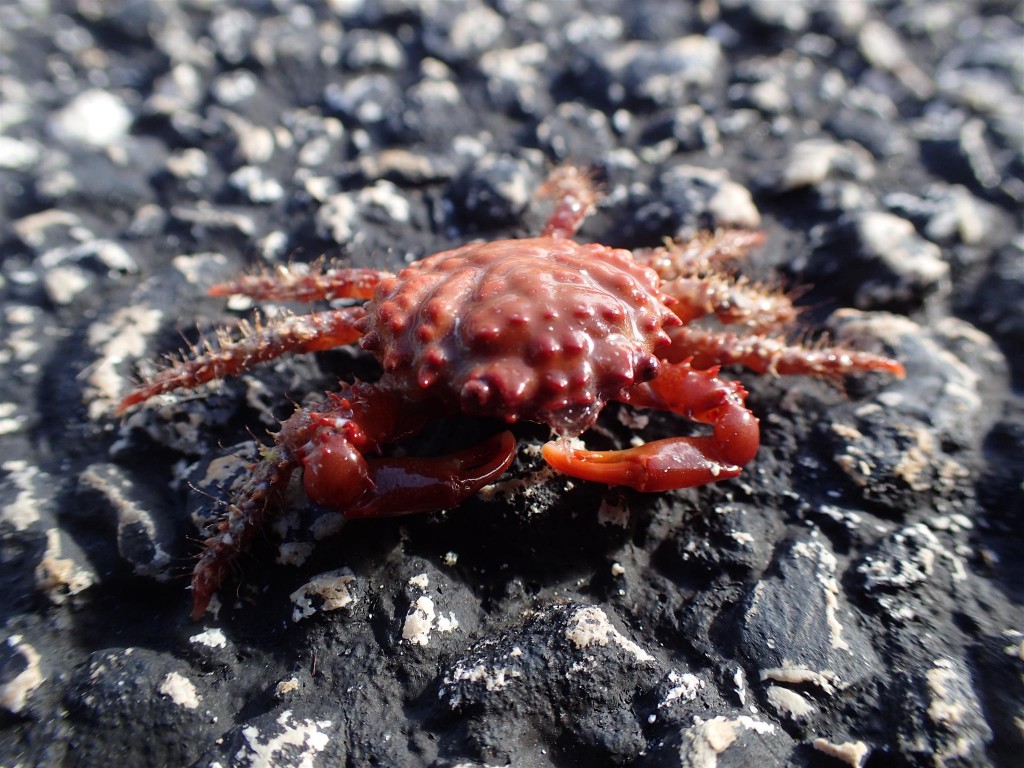 Following my brief success with barracudas earlier this year, I spent some time dragging a ‘cuda tube along the bridge.  I didn’t find any.

We were rocking a chum bag in hopes of attracting some predators or bait fish, but the birds loved it instead. 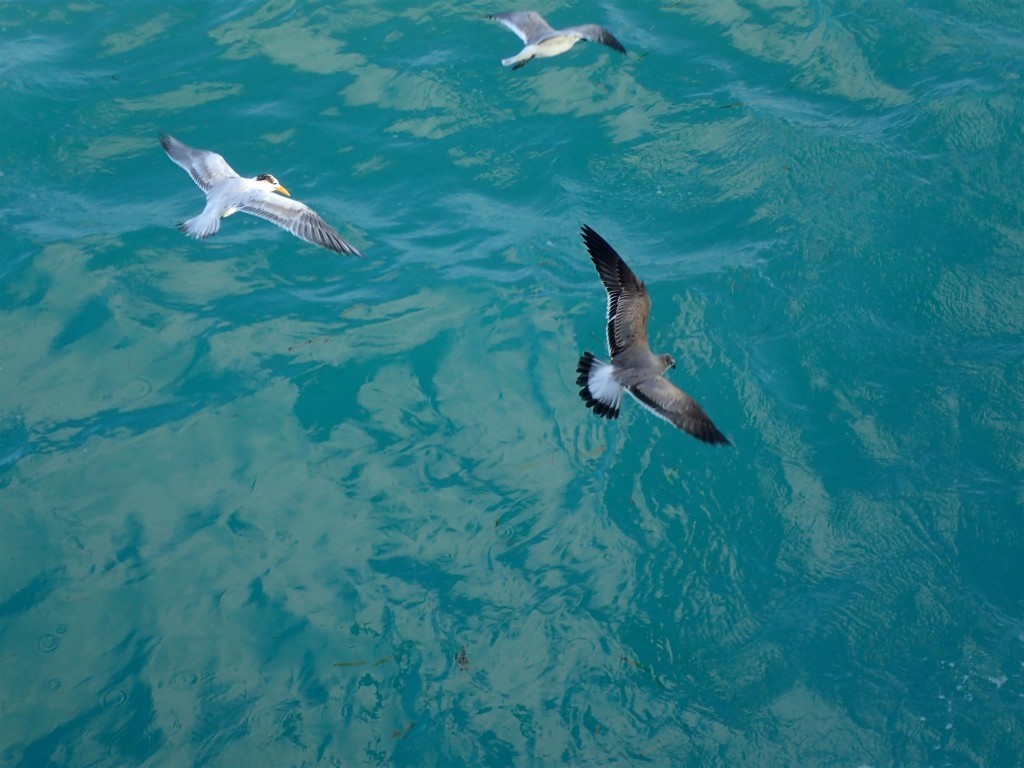 I eventually got a strong take on one of rods sporting live bait.  With 60lb line I stopped a 10-ish pound jack cravelle from running under the bridge.  It wasn’t as big as the one I hooked earlier, but I was happy to at least get one of those bigger jacks… errr fast movers… I had seen. 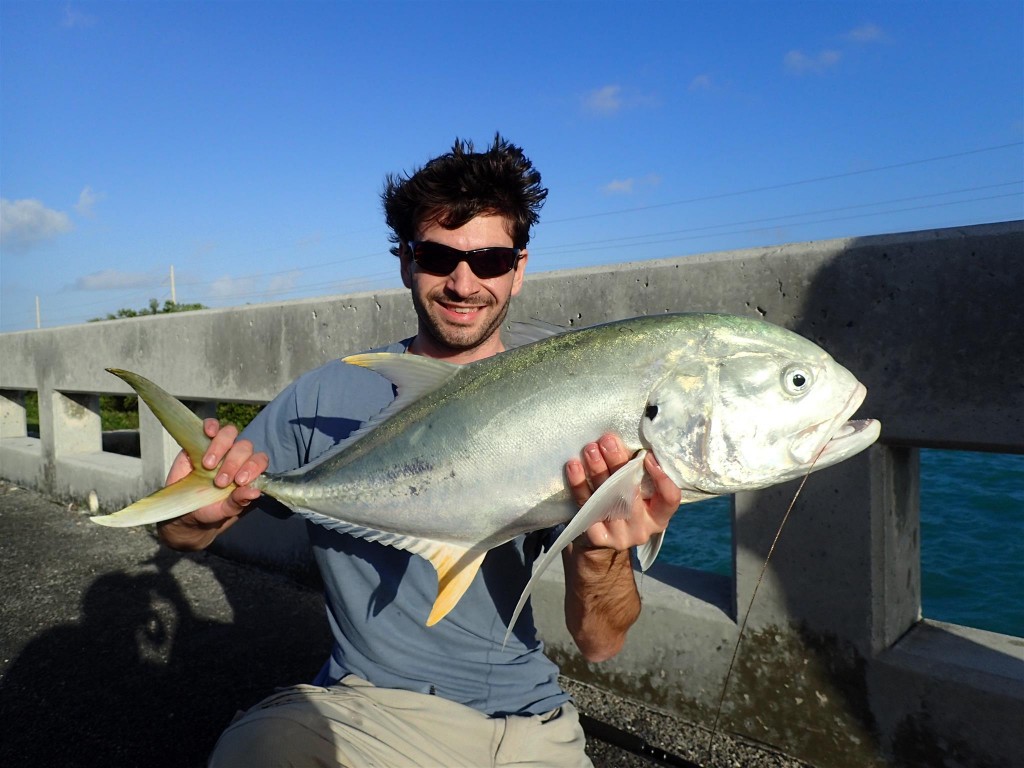 We kept him for prime shark bait.  Long story short, he didn’t work.  Our big rods lay silent for the rest of the trip.  Some old faithfuls made their appearances. 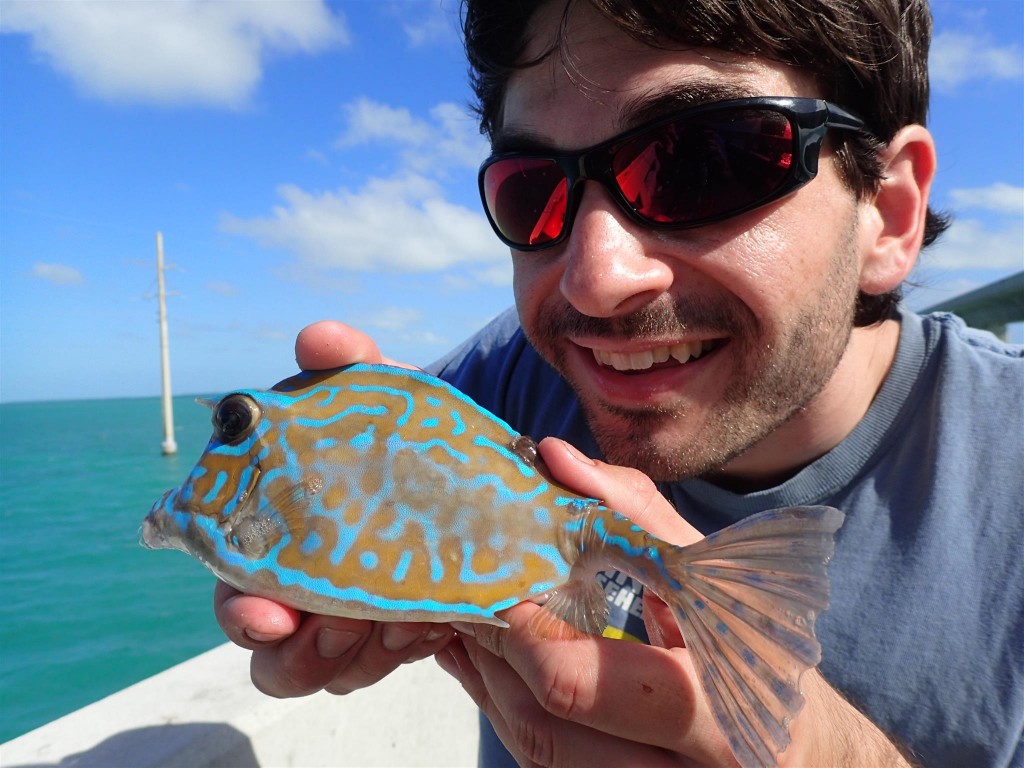 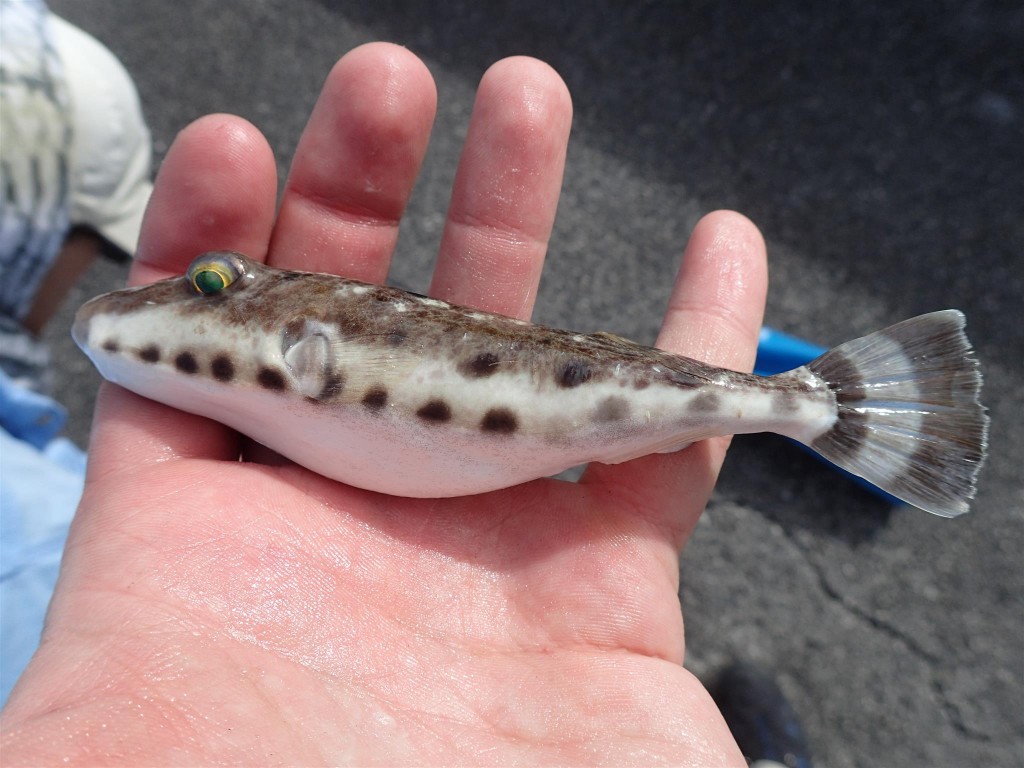 Ken caught a really cool grey angelfish and I was jealous.  He deserved it though!  Little did I know that this trip would soon turn up an unprecedented number of angelfish and that none would be mine!

Bartek and I were highly amused by a sea sponge we had snagged.  It squirted water like any crazy watergun from our childhood.  Then we went on a food run and had way too much fun laughing at this festive billfish. 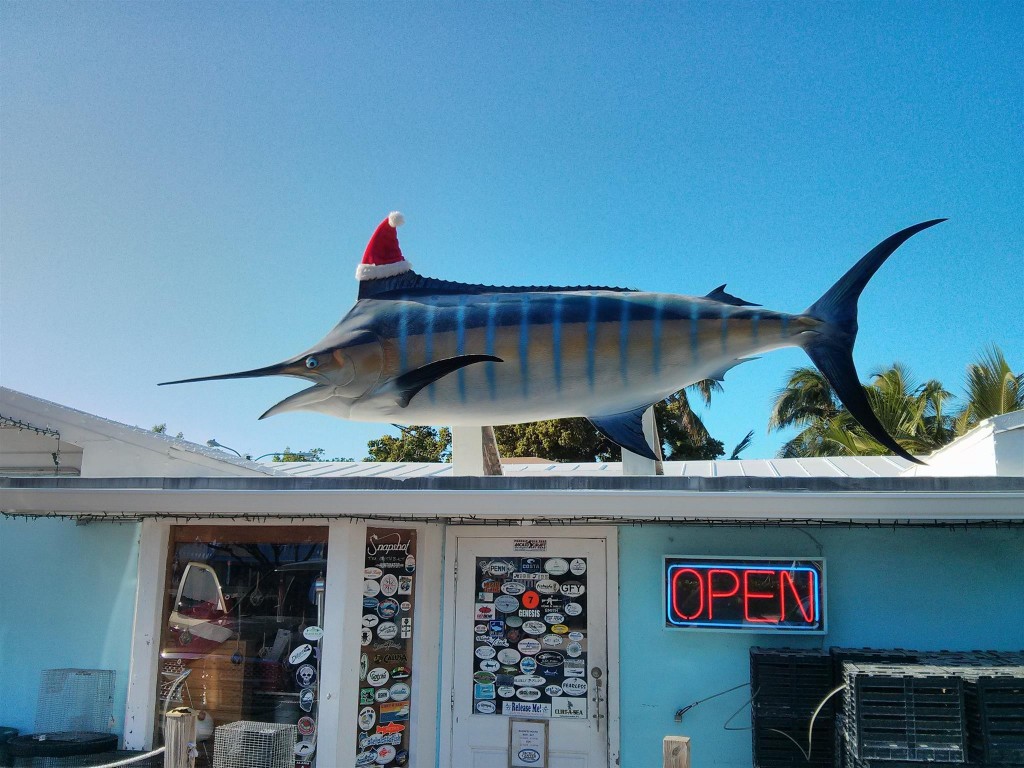 As evening fell and the tide changed, Bartek and I decided to throw some baits out under balloons and relax a bit by building more wire leaders for the ubiquitous invisible sharks . 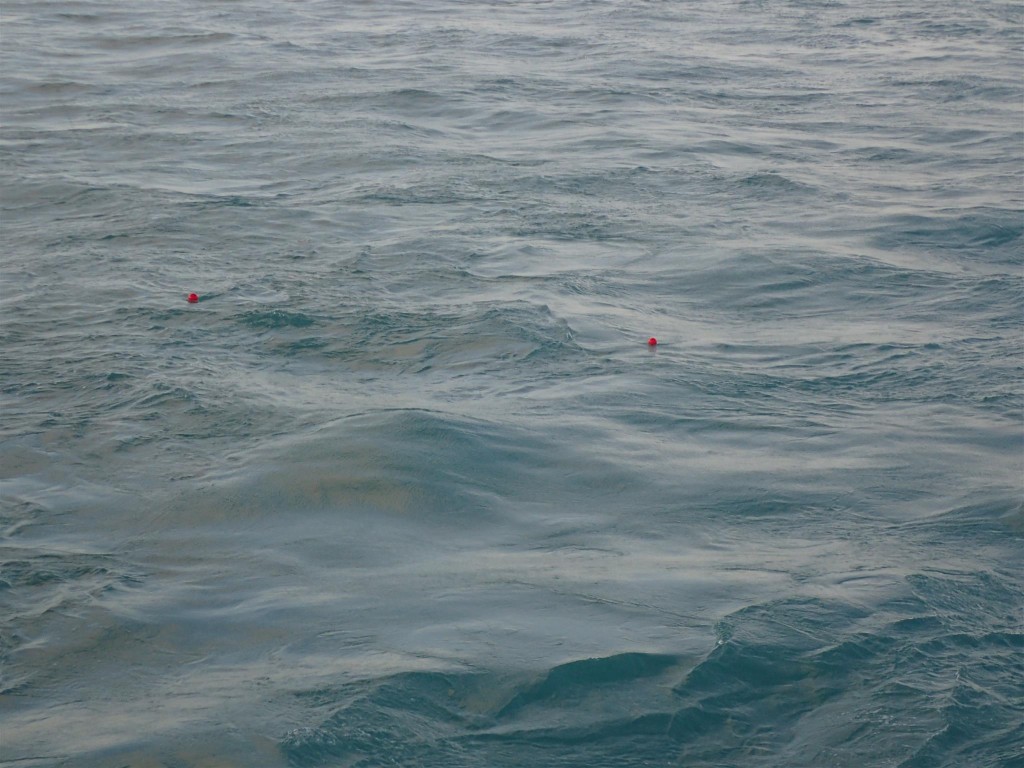 We met up with Elijah and George and got some rest in preparation for an early morning and two full days on a rental boat.