Returning from Belize and preparing to depart to Hawaii in a few days time, I had all but one day to spend on the hard water this season.  The whitefish must have been aware that I wouldn’t be bothering them much this year, because they decided to return the favour by making my one day quite a memorable one! 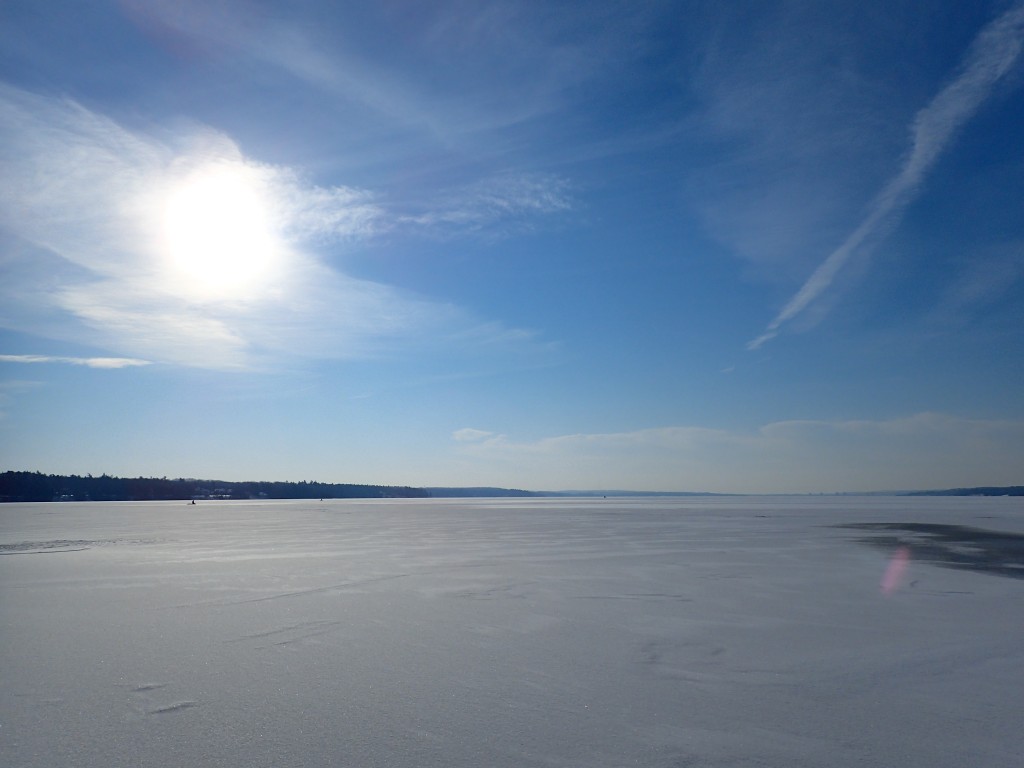 Oversleeping my alarm, I trekked out on the fresh ice of Kempenfelt Bay at around 10am.  I poked around over 30-50 feet of water without much success, barely marking a thing.

When I moved deeper, around 100 fow, there was no shortage of those slow, lazy marks smearing my screen from the bottom to a few feet up.  After a few unsuccessful chases from lake trout, I decided to shift my focus to those lazy whitefish.

Down went a bad boy tipped with some yummy fish food and I quickly had two topside. 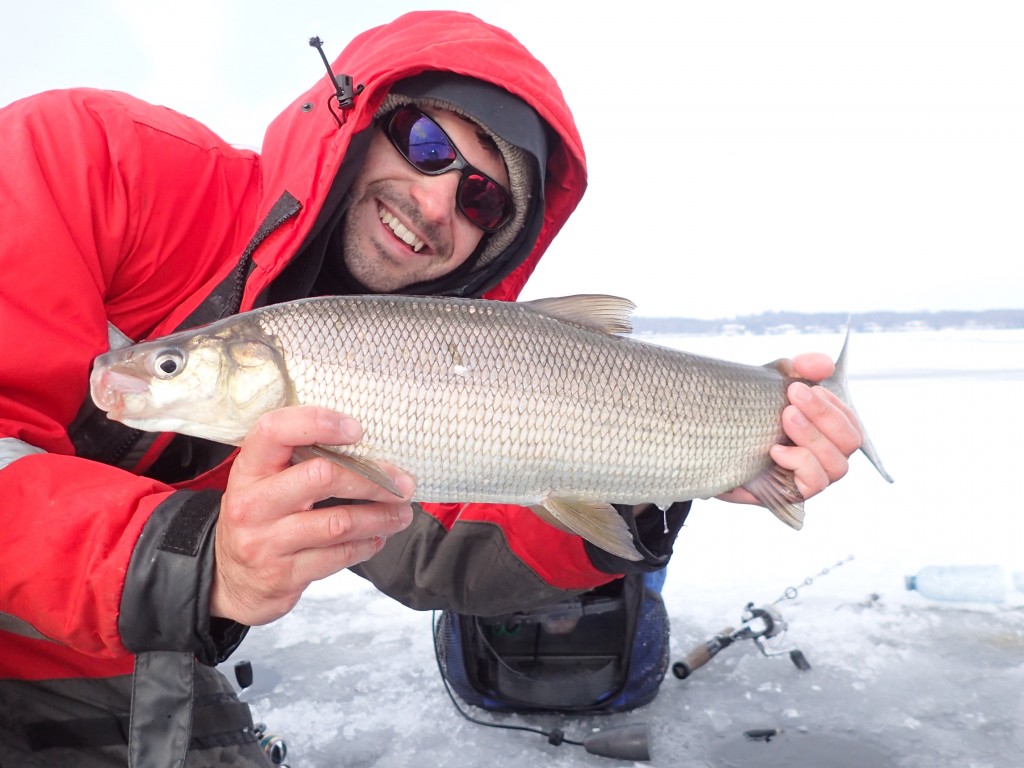 The bites continued, but I lost most of them after a few head shakes.  I theorized they were biting the end of the bait and not taking the hook completely. 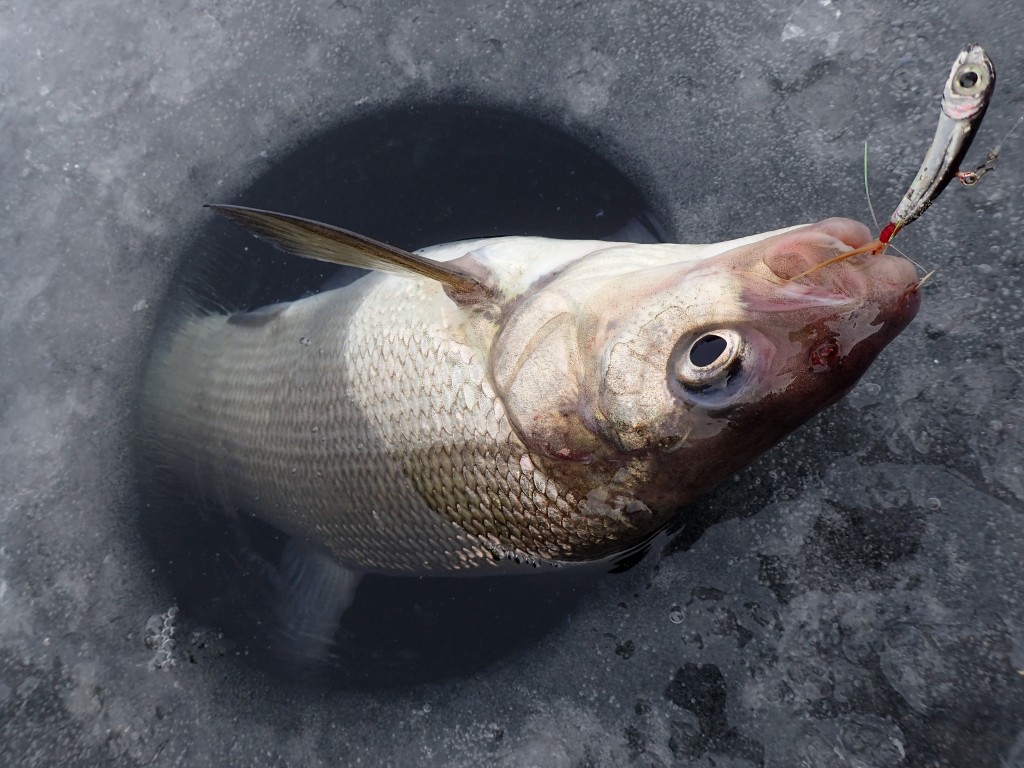 Nevertheless, the whitefish were definitely HUNGRY.  I am so accustomed to these fish completely ignoring my lures that this was more than a simple pleasant surprise, it was whitefish nirvana. 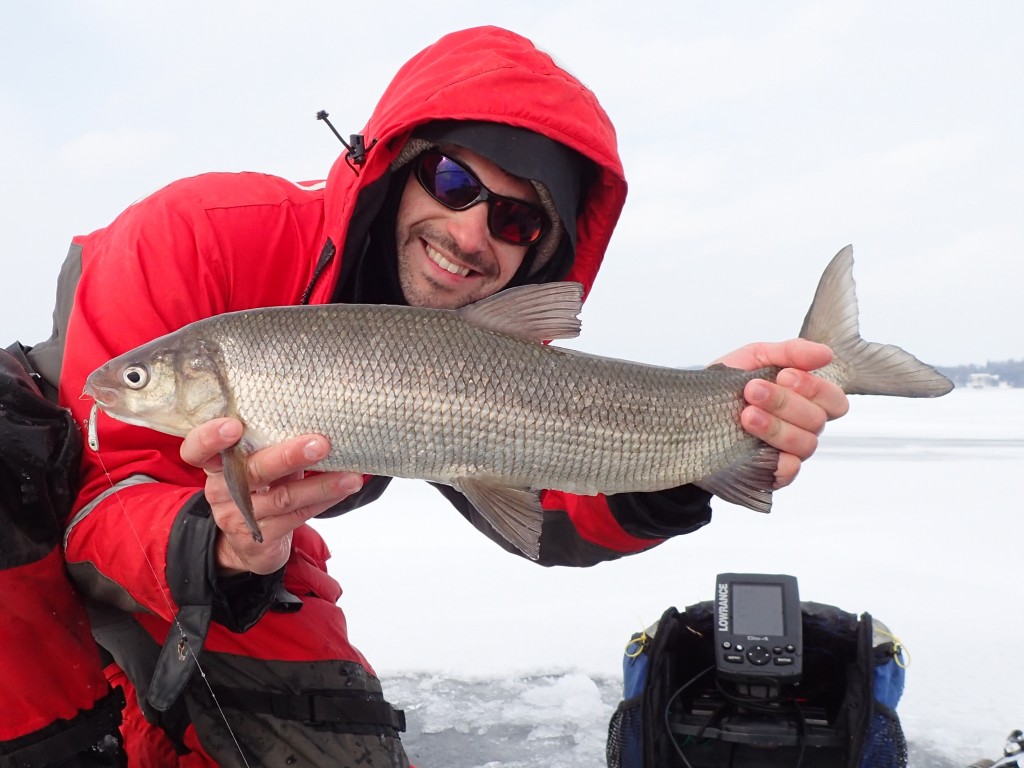 After some fiddling, they appeared to prefer my bad boy jig to sit completely stationary for the bite.

As the sun set, I switched over to working a swim bait up and down the water column to see if I could connect with a lake trout, but it wasn’t meant to be.

The past few ice seasons for me have been exhaustive and mostly empty-handed searches for these hungry whitefish.  It’s a bit ironic that the one ice season I put forth the least amount of effort I connect with the most whitefish! 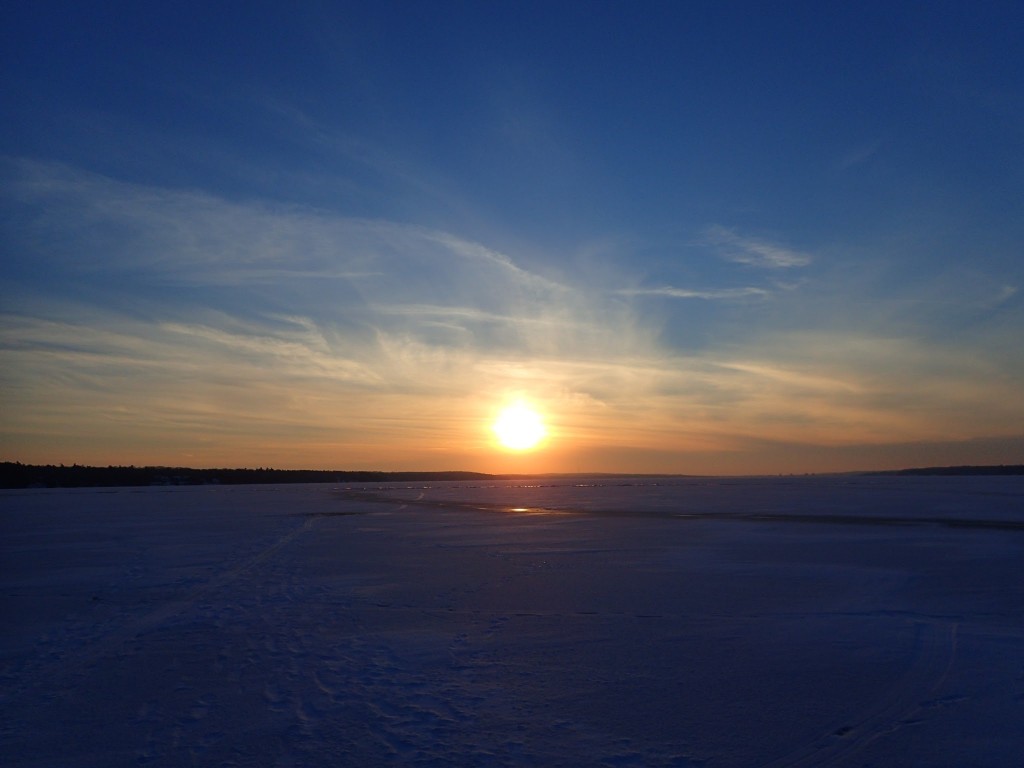 …see you in the spring you shiny buggers! 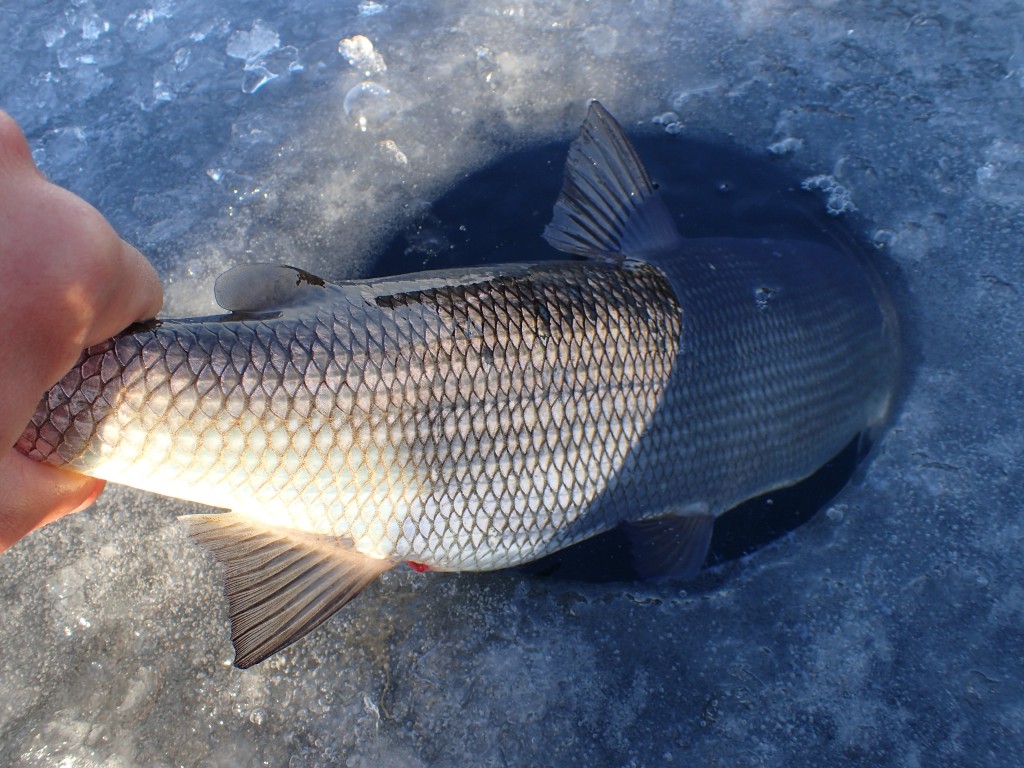