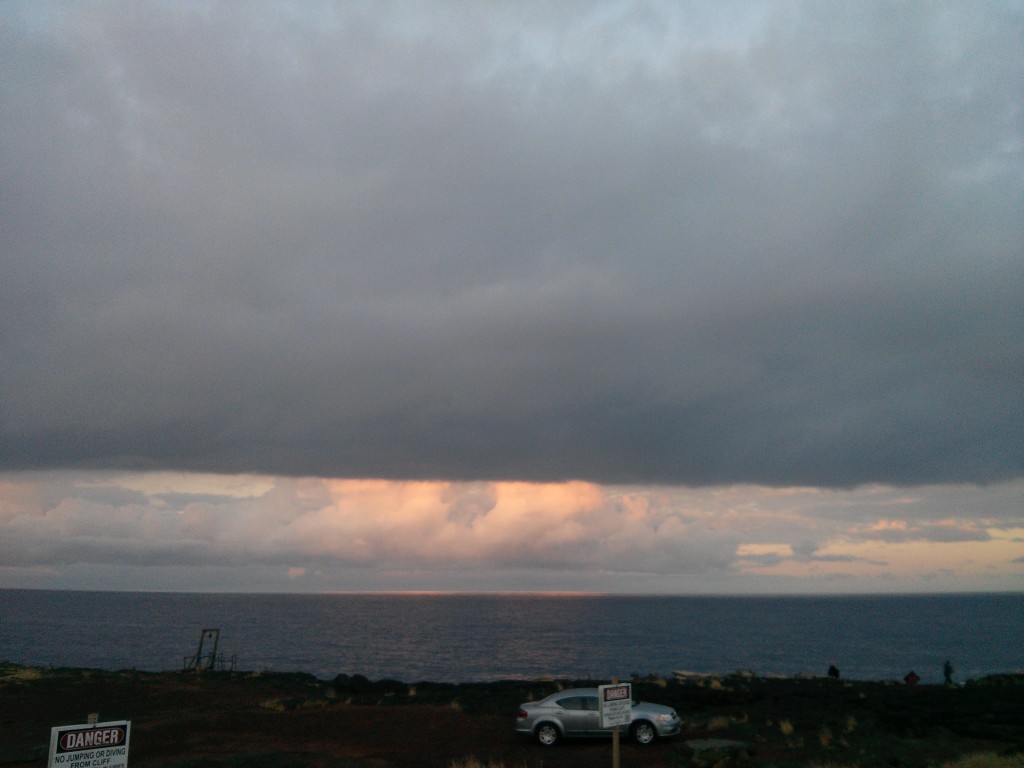 The next morning it was apparent that the abnormal weather pattern had mostly passed and we resumed our fishing in full force!  With the steep cliff faces of South Point dropping to deep water we had the opportunity for some unique catches, such as Ken’s pinktail trigger. 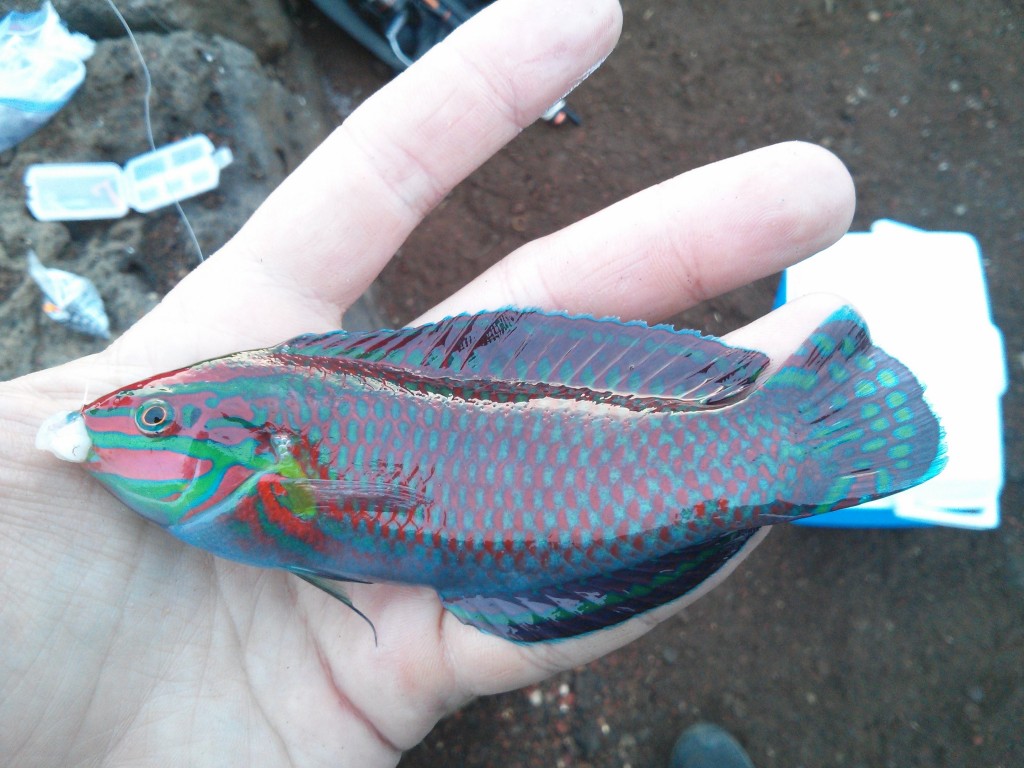 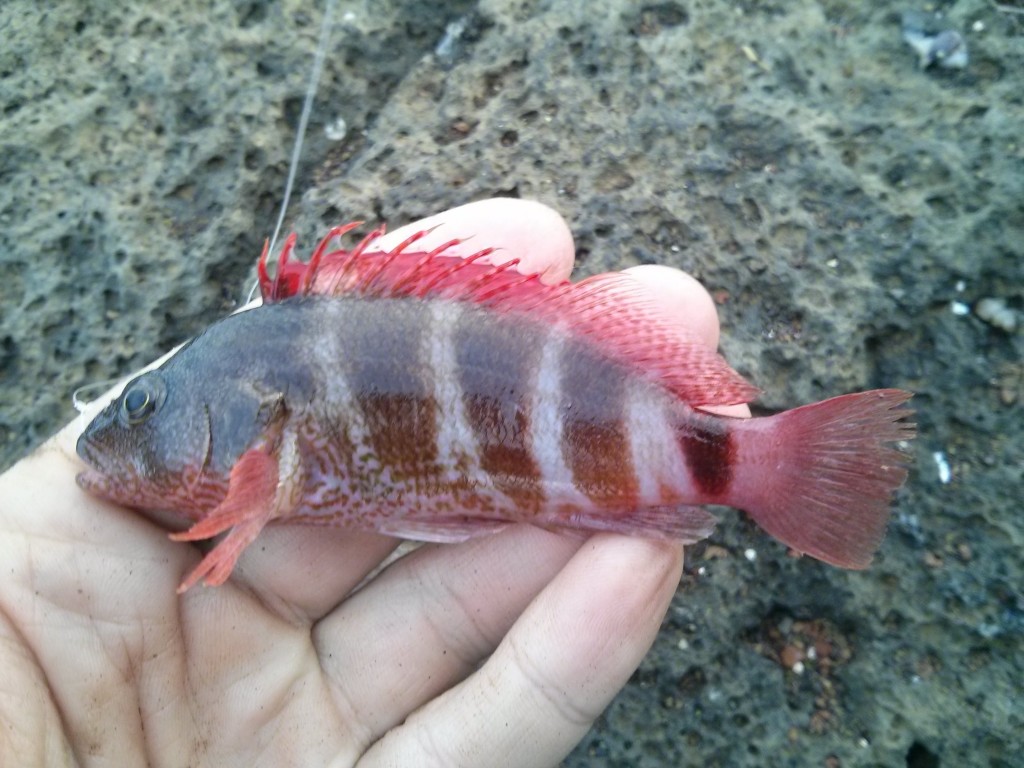 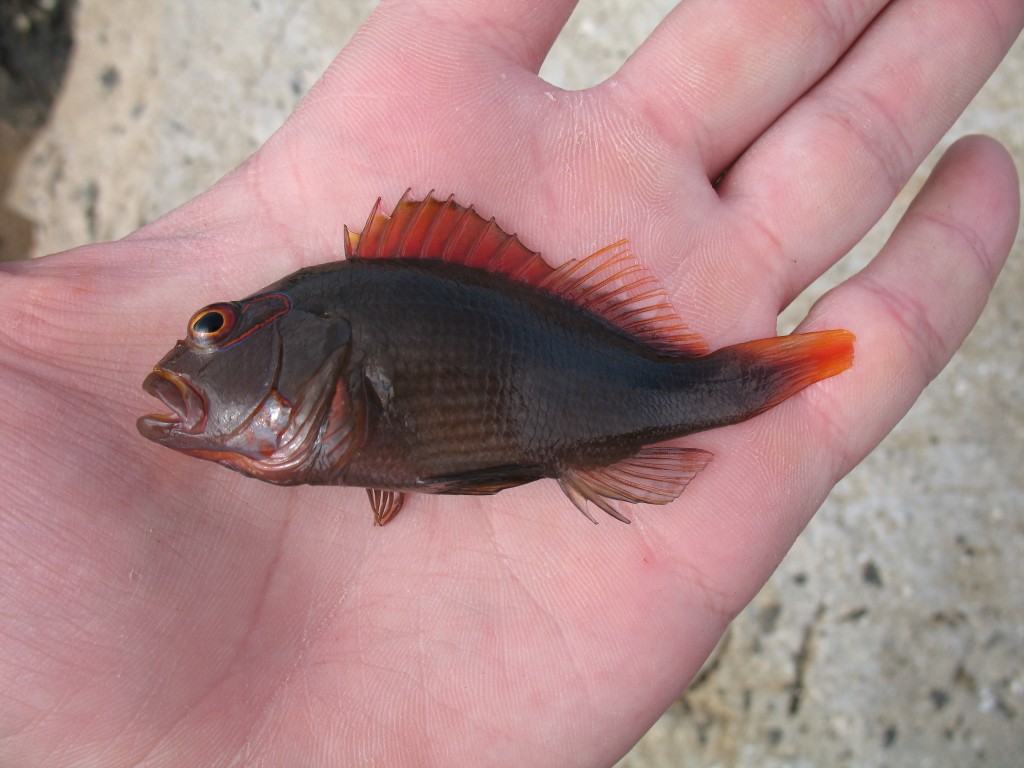 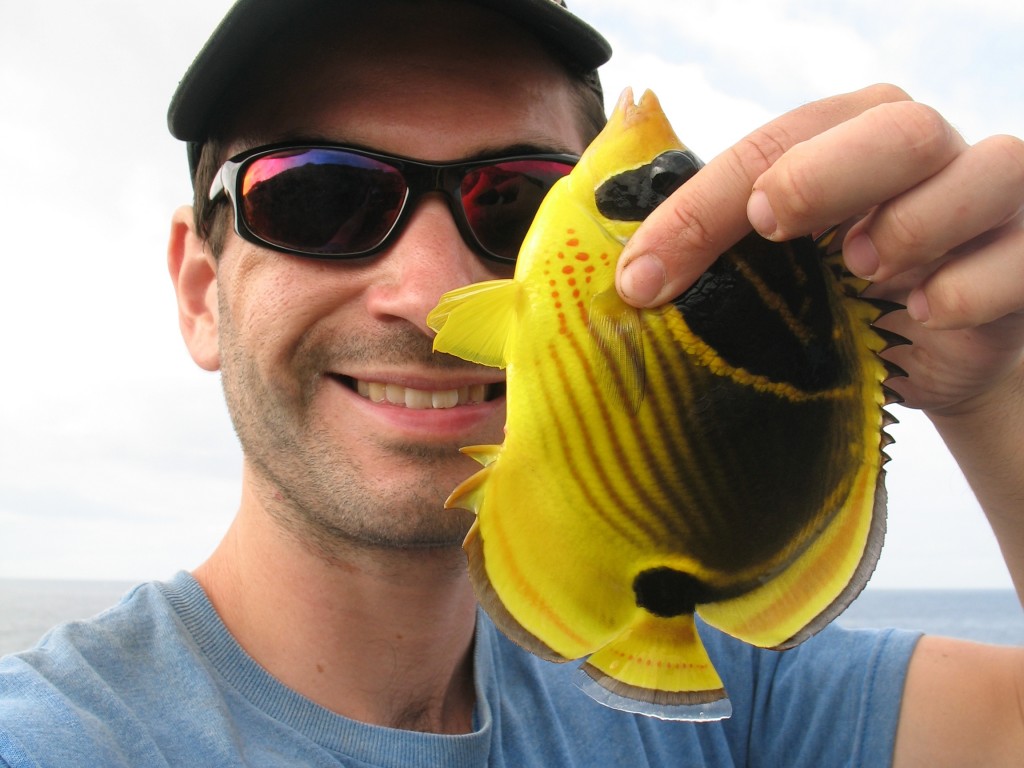 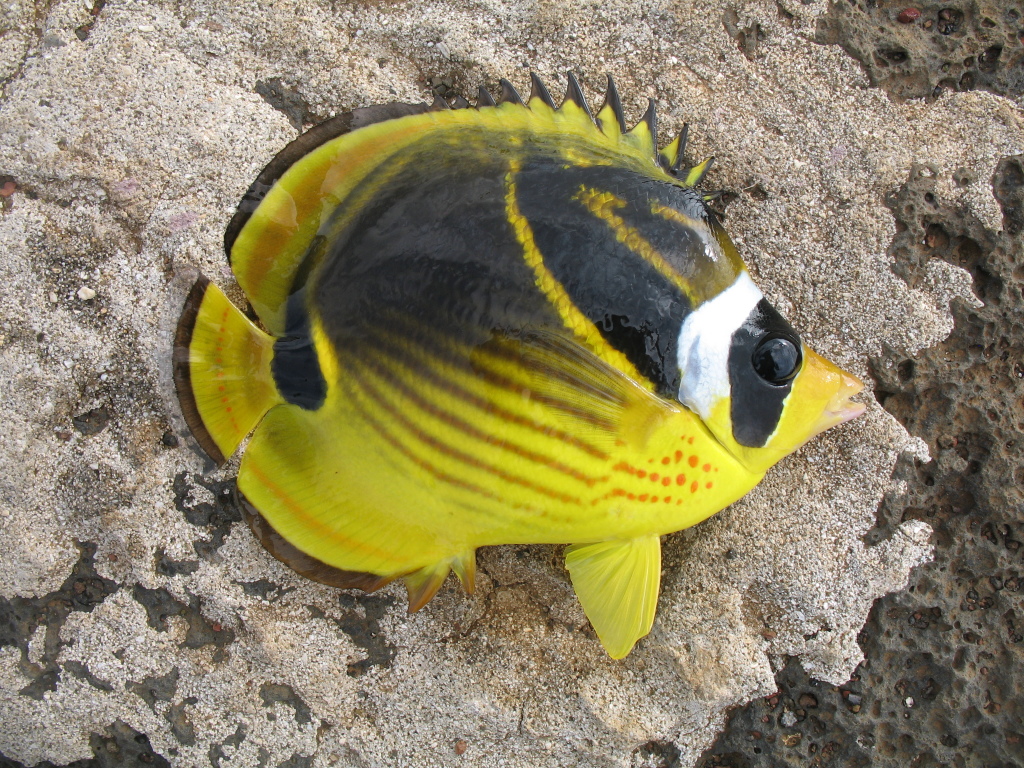 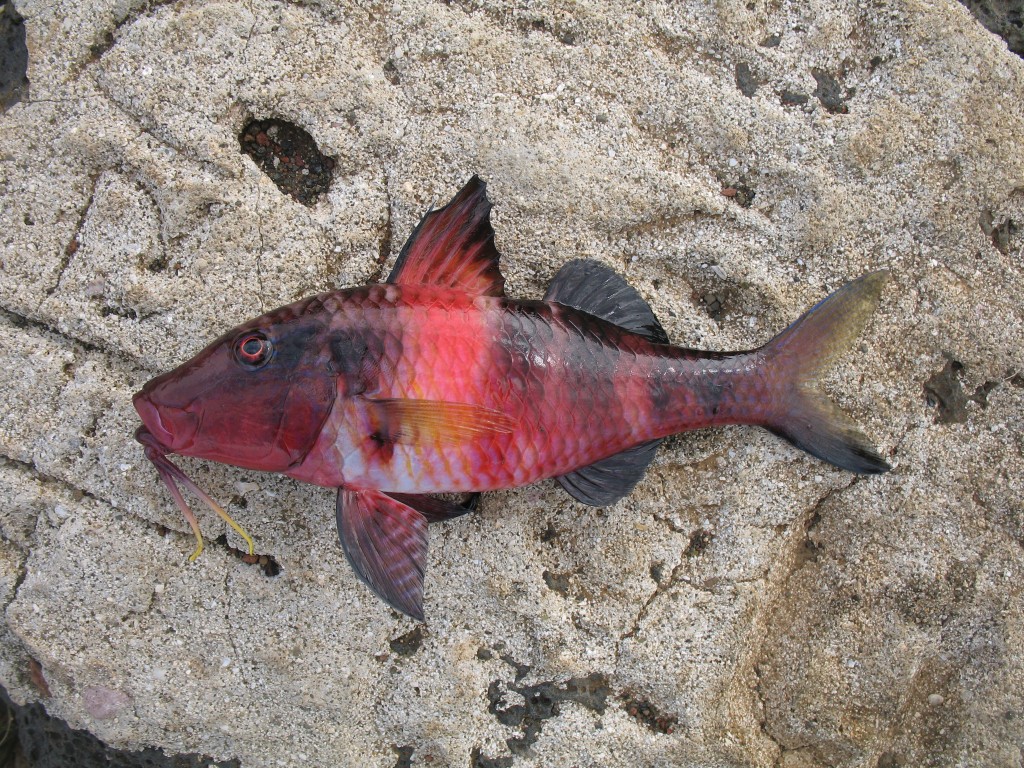 With that we bid farewell to Jeffery and could not thank him enough for the hospitality.  It was great fishing with you Jeffery!

That evening we returned to downtown Kona to check out the night bite.  There were some half-beak jumping wildly and I managed to snag some to use as eel bait while trying to catch whatever was causing them to jump.  I then learned just how voracious these little cardinalfish can be.

Edit March 30, 2016:  Ken has advised me this in fact an iridescent cardinalfish.  Woo!  You can see the black spot on the caudal fin and the more pronounced black line on the snout passing through the eye. 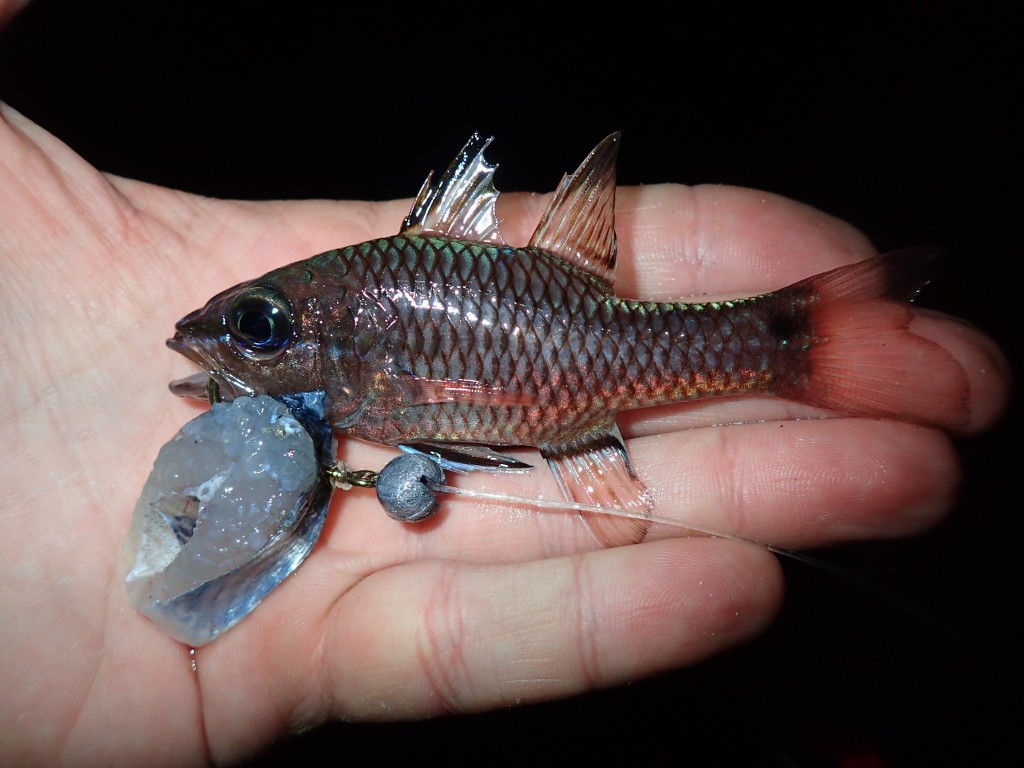 I kept poking the handline into the rocks hoping an eel would show up.  Eventually, one cruised by just out from the rocks.  It was another paintspotted moray so i called over to Ken! 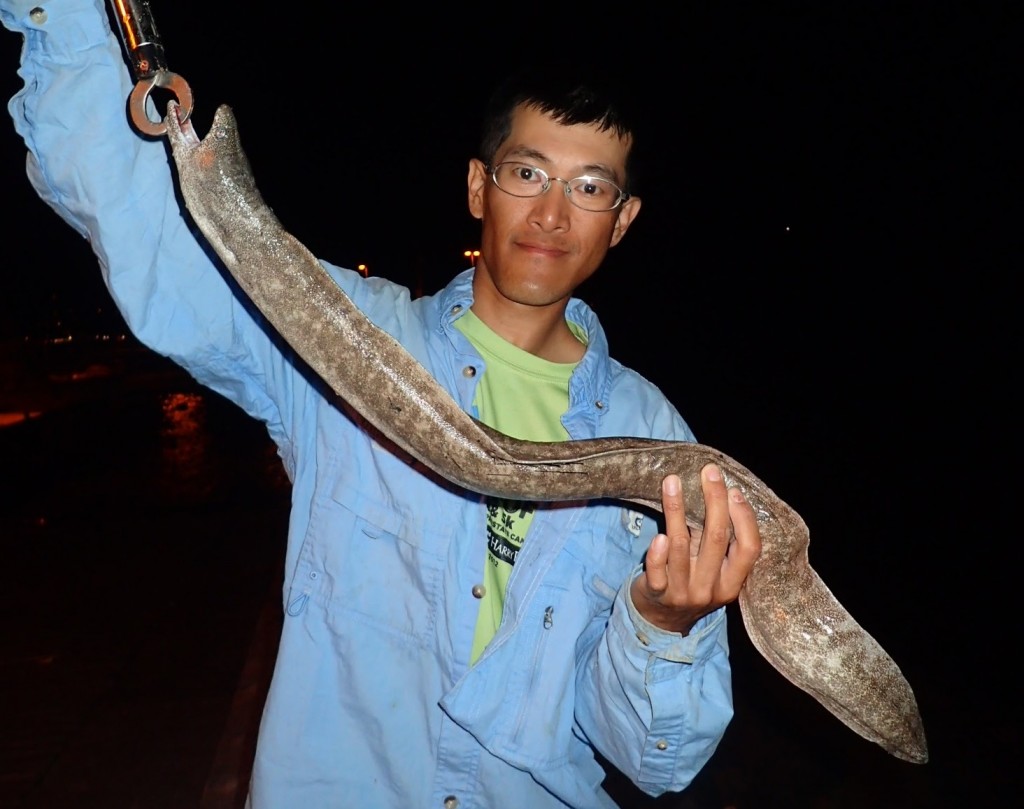 A short while later I watched as a dead half-beak resting on bottom was gobbled up by another cruising moray.  This got us thinking, because the dead half-beak was nowhere near the rocks and the eel had still found it!  As it turns out, there was more than one way to peel a moray.

We had started targeting eels by using rods.  These had given way to a simple hand-line that was easier to poke into crevices and control.  However, our odds of pulling an eel out of these crevices was quite low.  On the other hand, if we could rely on the eels’ incredible sense of smell to lure them far out from any rocks, we’d have a great chance at landing them!

The next morning we fished downtown Kona again with the hopes of intercepting some flounder before the crowds showed up.  I scored a lucky catch. 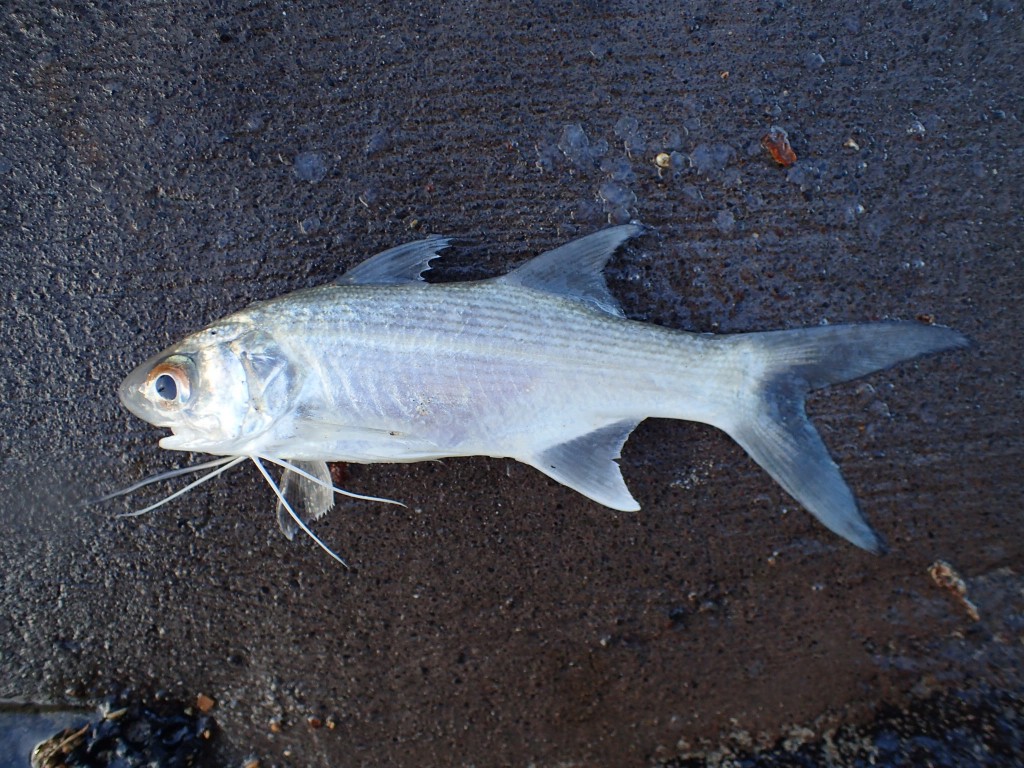 A few nights prior while fishing for eels I had overheard a few boats going out to swim with manta rays.  I had looked into this and found that Kona is one of the few places in the world where I could scuba dive with these incredible creatures.  I had the dive booked for this evening. 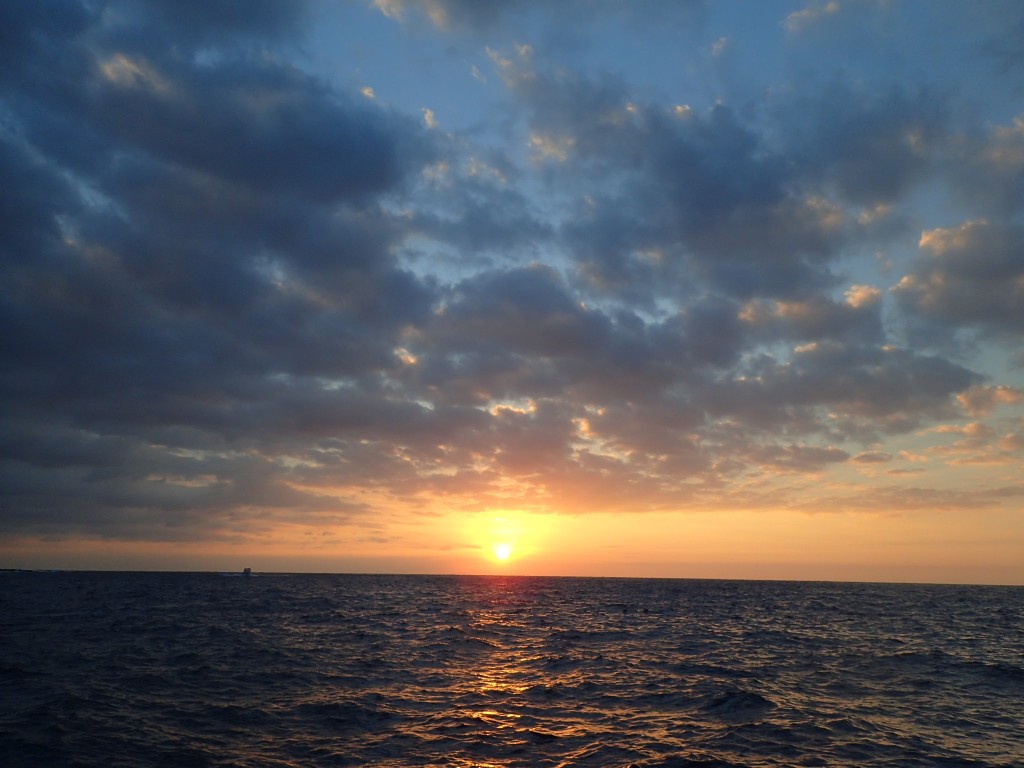 When night fell, we huddled around a big box of lights on the bottom in approximately 60 feet of water.  Huge manta rays cruised in just inches from our faces and some even brushed against us as they came in to feed by the lights.  There were so many rays that they were bumping into each other!  Truly a once-in-a-lifetime scuba adventure that I will never forget.

After chuckling at colliding manta rays for the evening, I rejoined Ken.  I learned he had had success with luring eels far from their holes.  We fished off the end of a pier working our baits slowly along bottom. 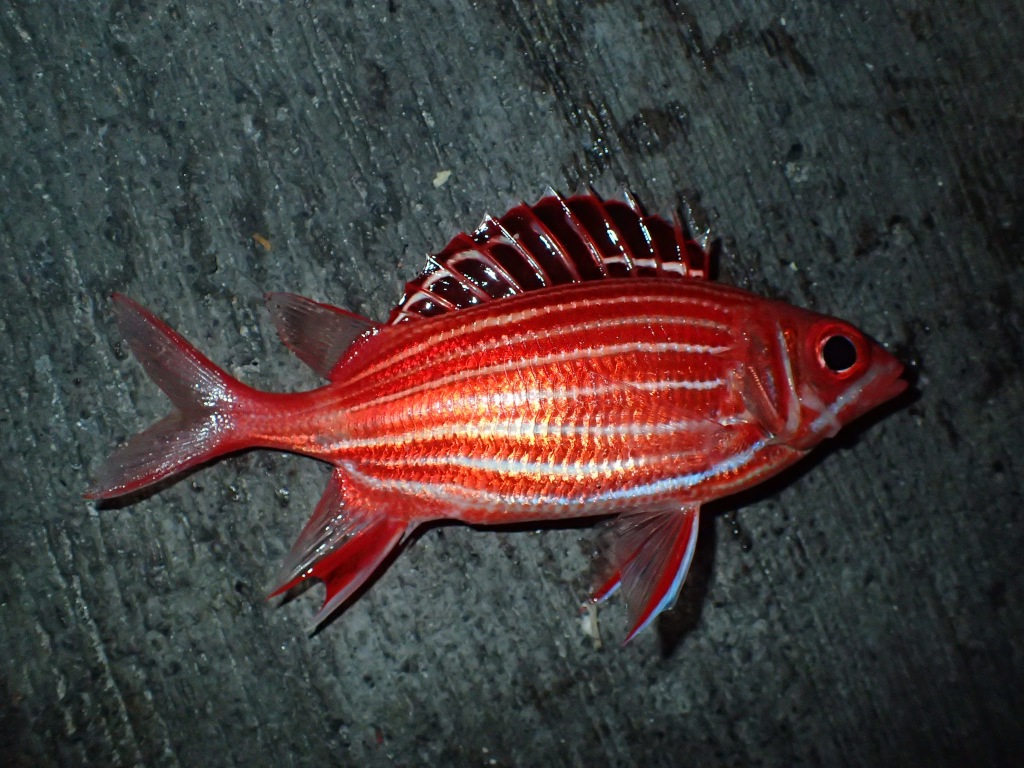 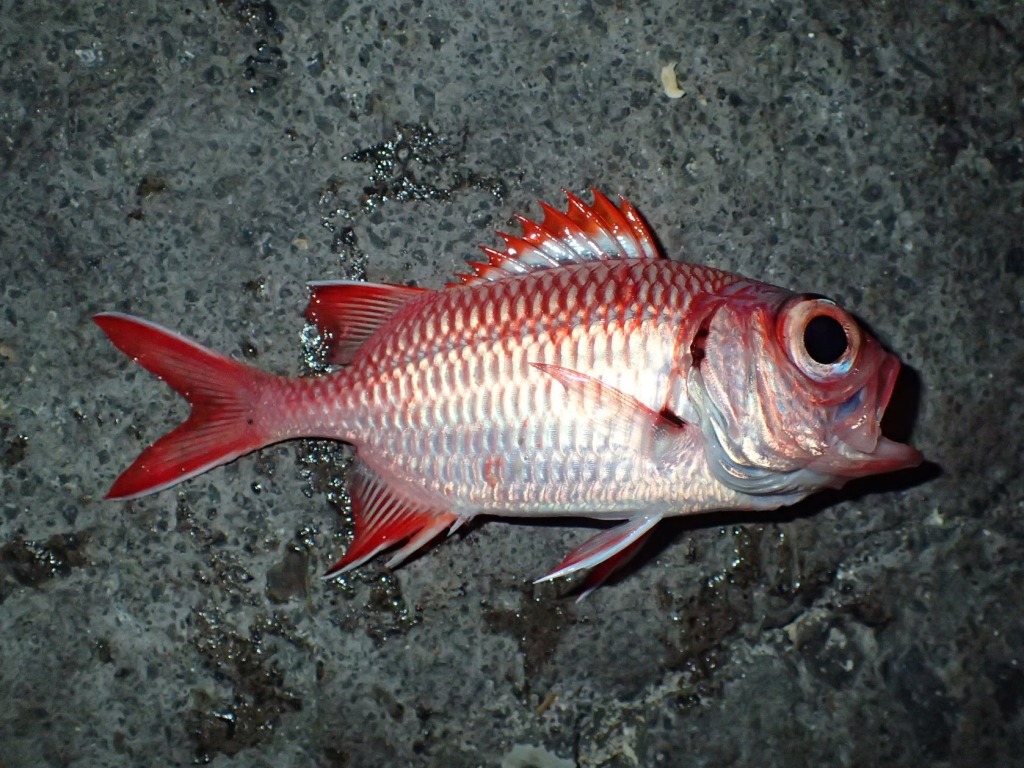 Our last full day on the Big Island was set aside for some much needed sight-seeing.  As much as I love fishing, there does come a point where it becomes mechanical and I need a change of pace as much as anybody else does.  The Big Island did not disappoint! 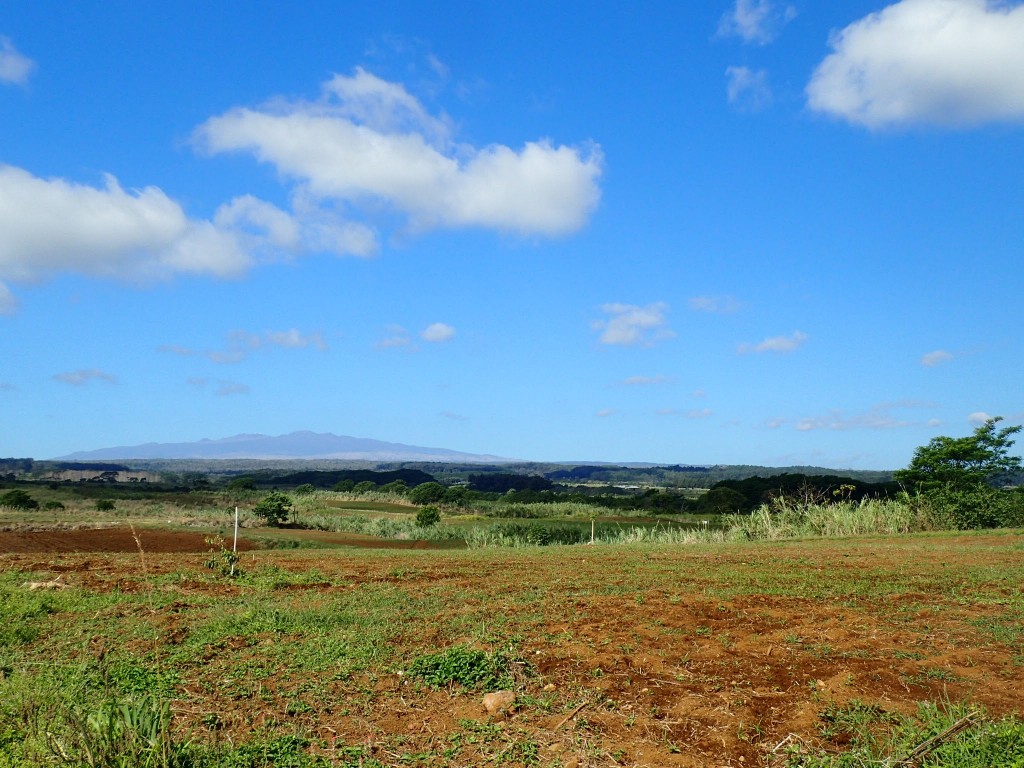 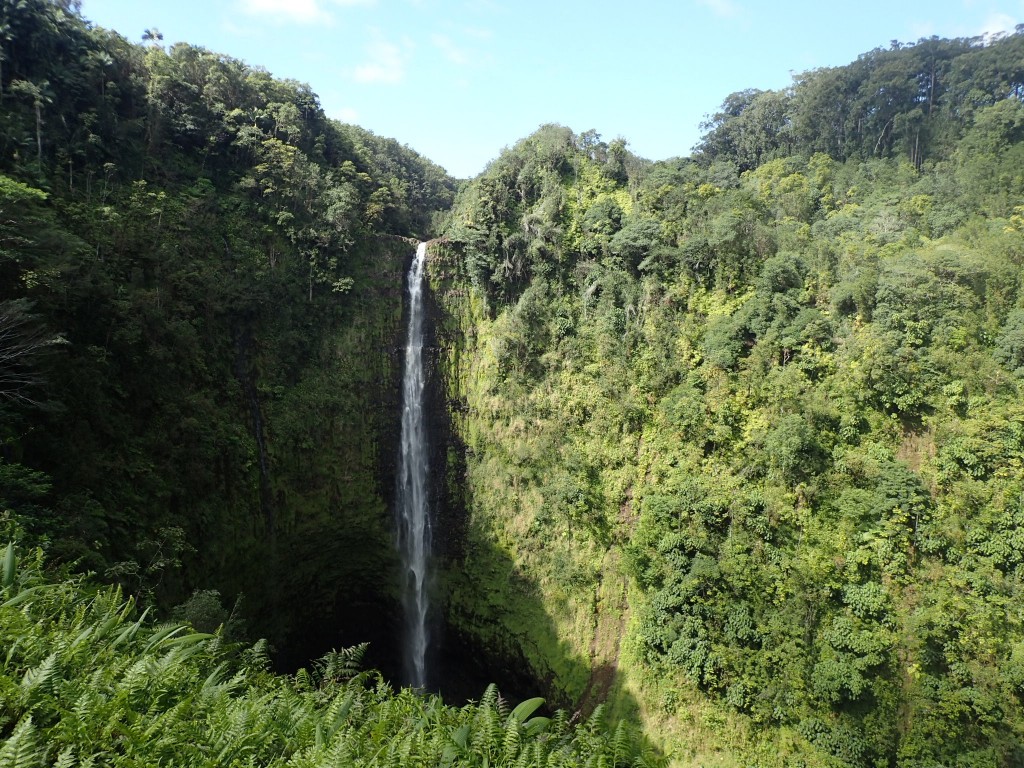 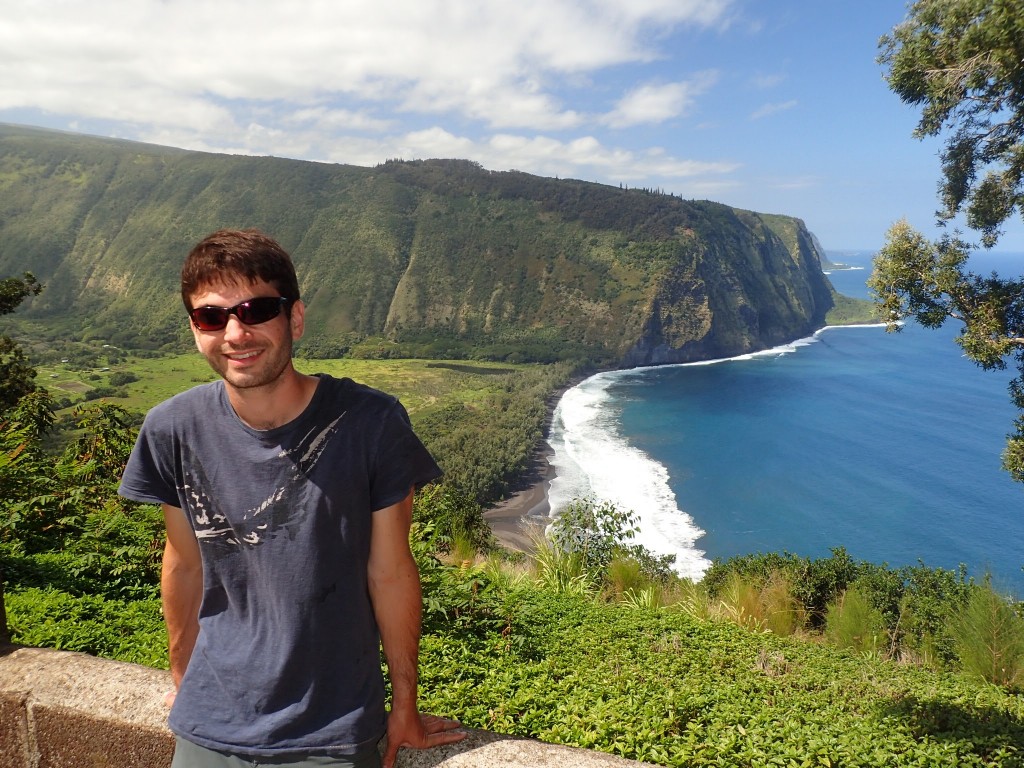 Up until this point I had been forgetting to photograph my poke!  Probably my favorite thing about Hawaii was the poke and its availability… drooling as I type… 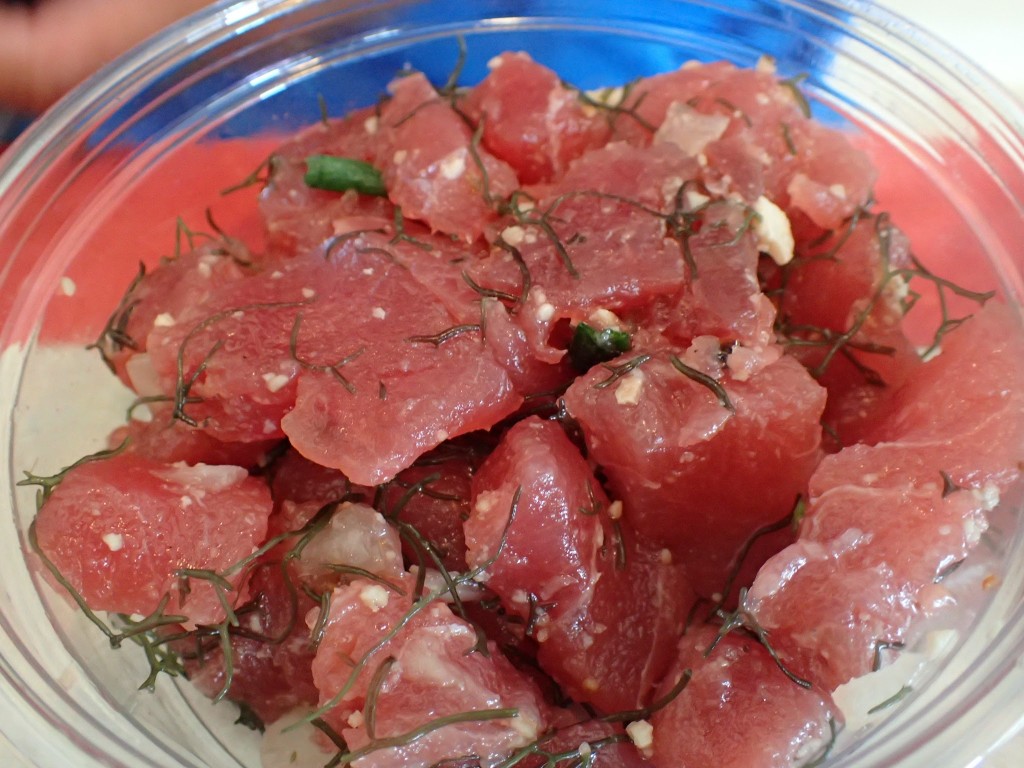 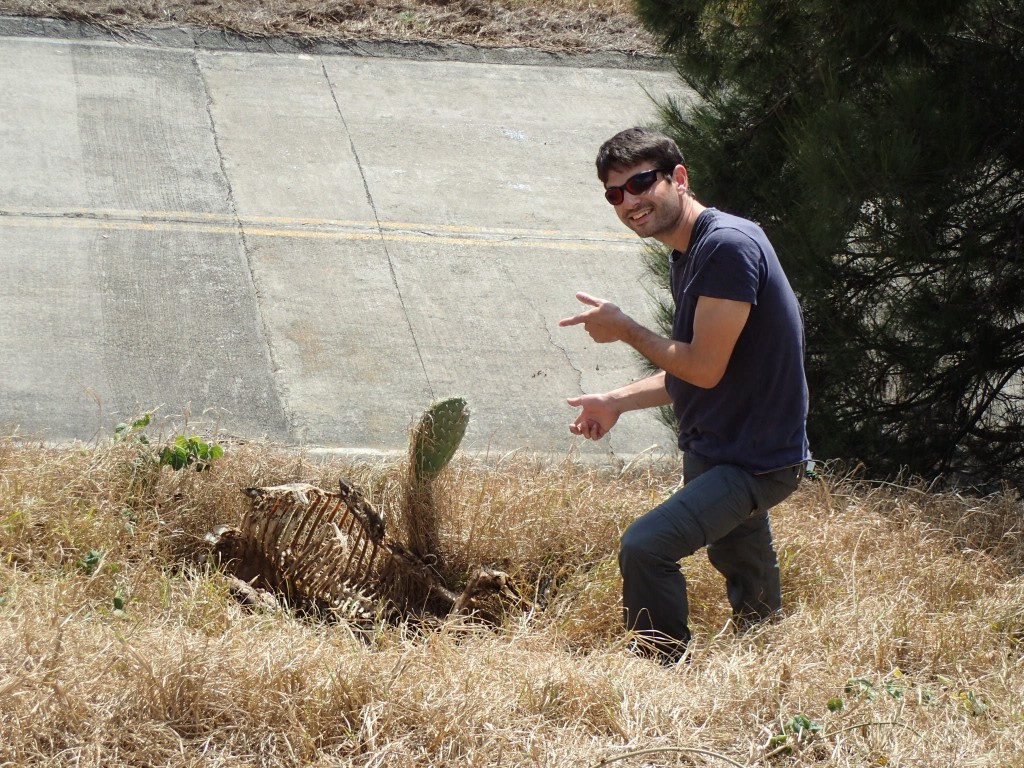 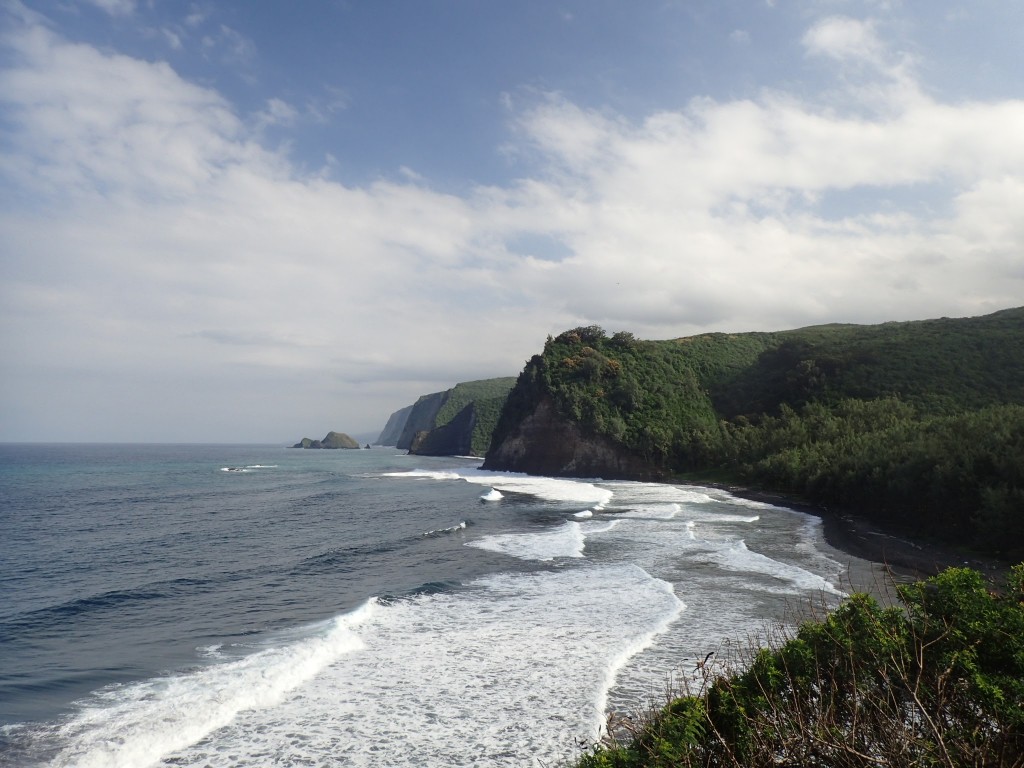 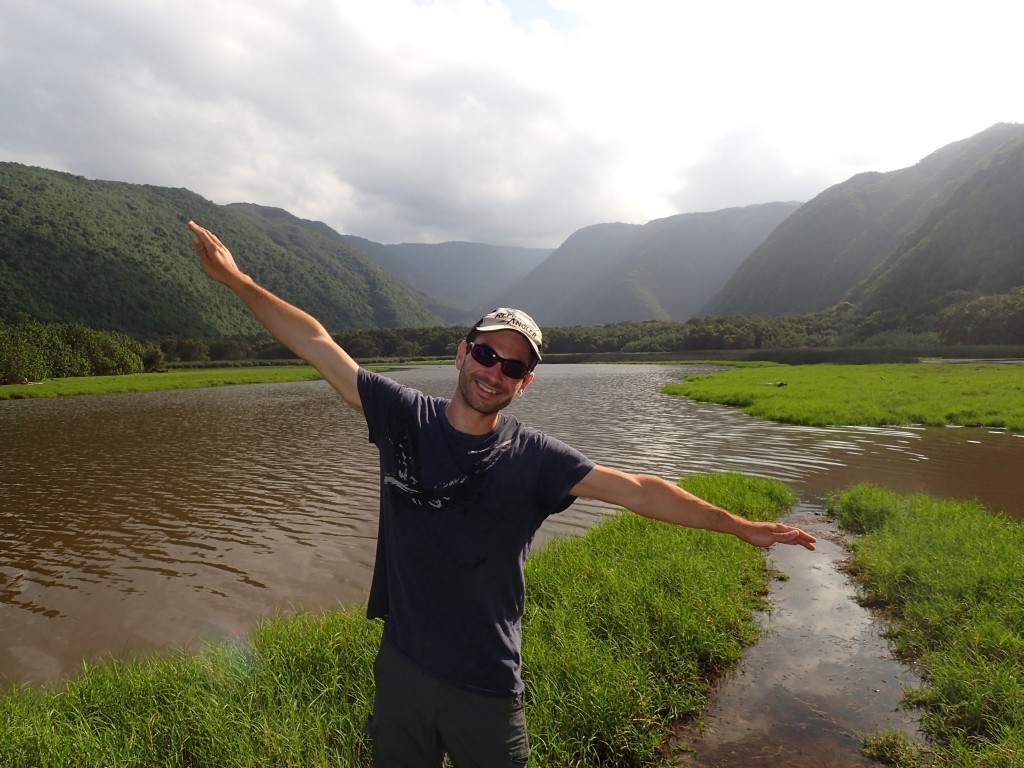 As if we couldn’t go a day without fishing on the way back we stopped by a small park and spotted a few whales out in the distance.  We caught the usual reef fish and I continued to be defeated by the whitespotted boxfish, a chapter that I was never able to close. 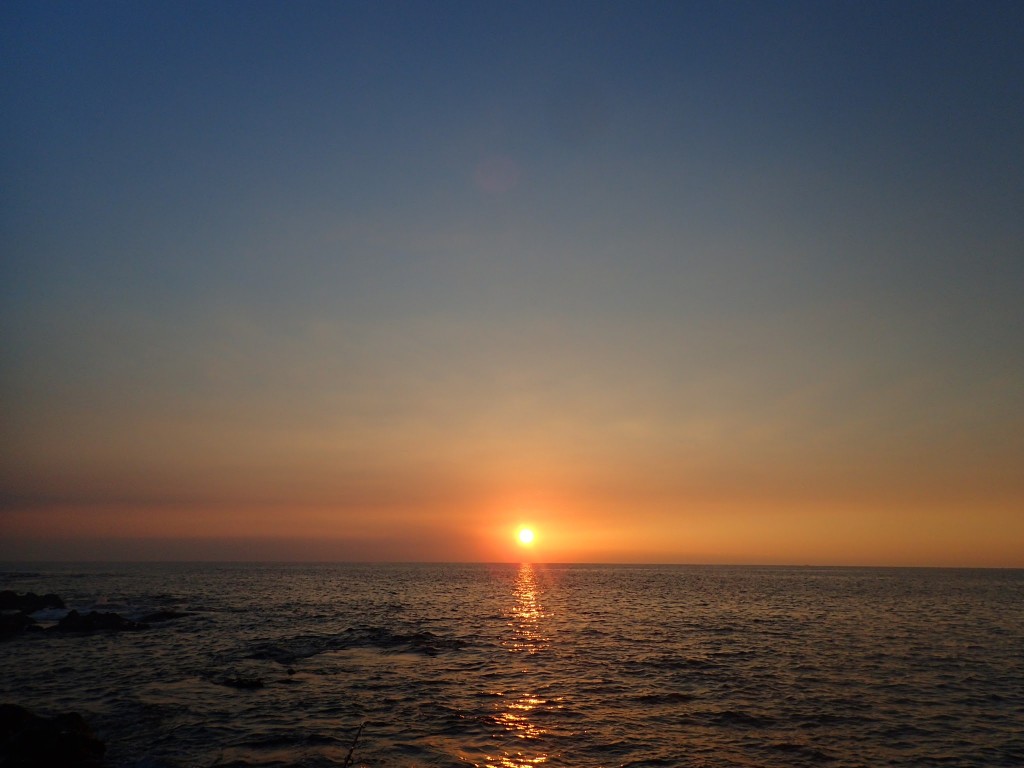 With this being our last evening to hunt for our eel and menpachi friends, we hit the pier again.  This time, I tossed out a bait with a break-away sinker.  I had no target in mind, but the eel’s sense of smell prevailed in no time at all.  After some gentle tugging it came free from whatever it had crawled into.  We were on to something! 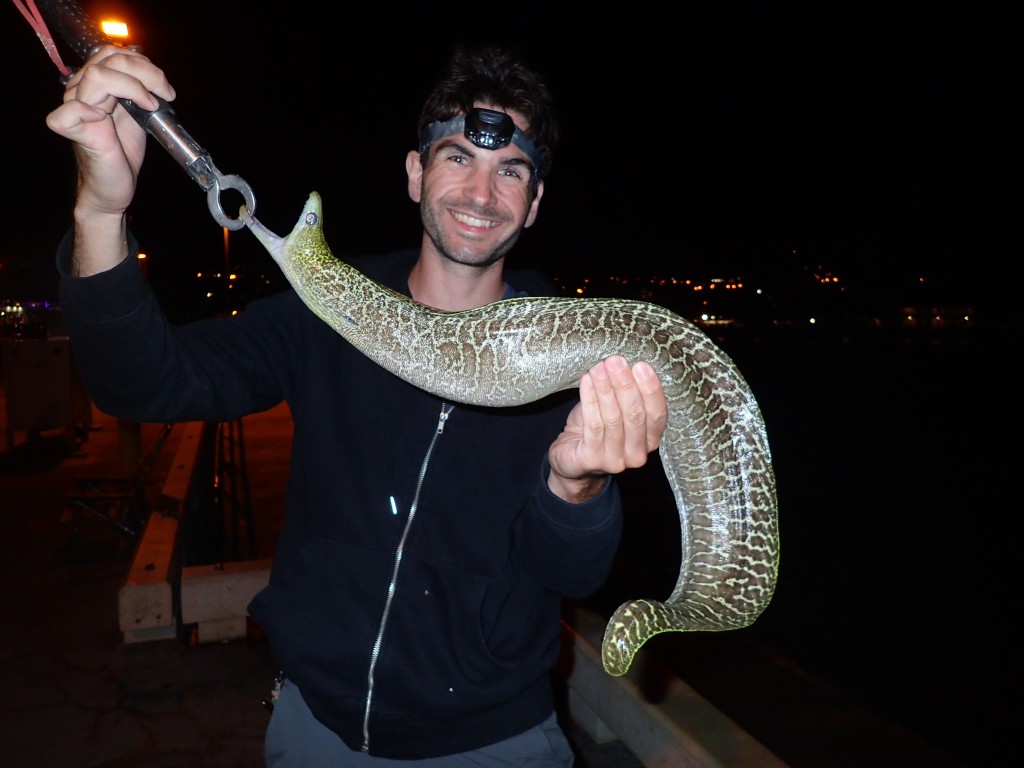 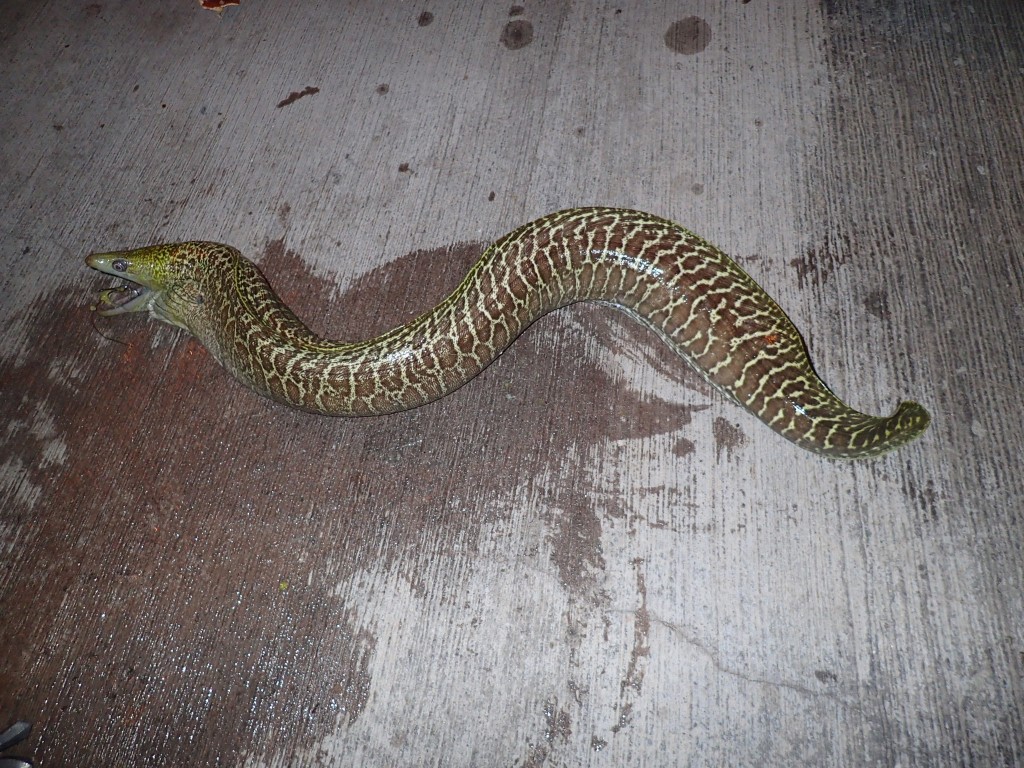 And this is what it did to my wire… 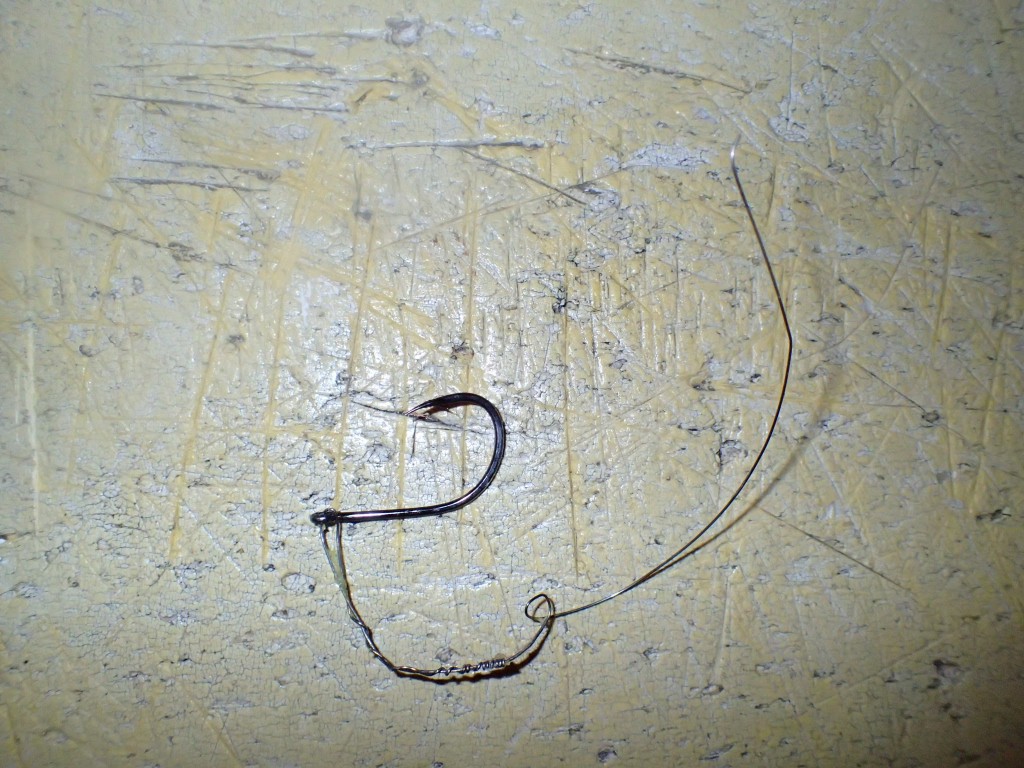 I re-baited and chucked the rod out again for Ken, but it appeared that eel was the only one in the area.  This would be a recurring pattern:  an eel within a few minutes and then nothing.

There were many soldierfish in the pier lights, but they appeared to be inactive or negative to biting.  Ken cracked the code as he usually does and after way too many attempts on my part I finally connected with one. 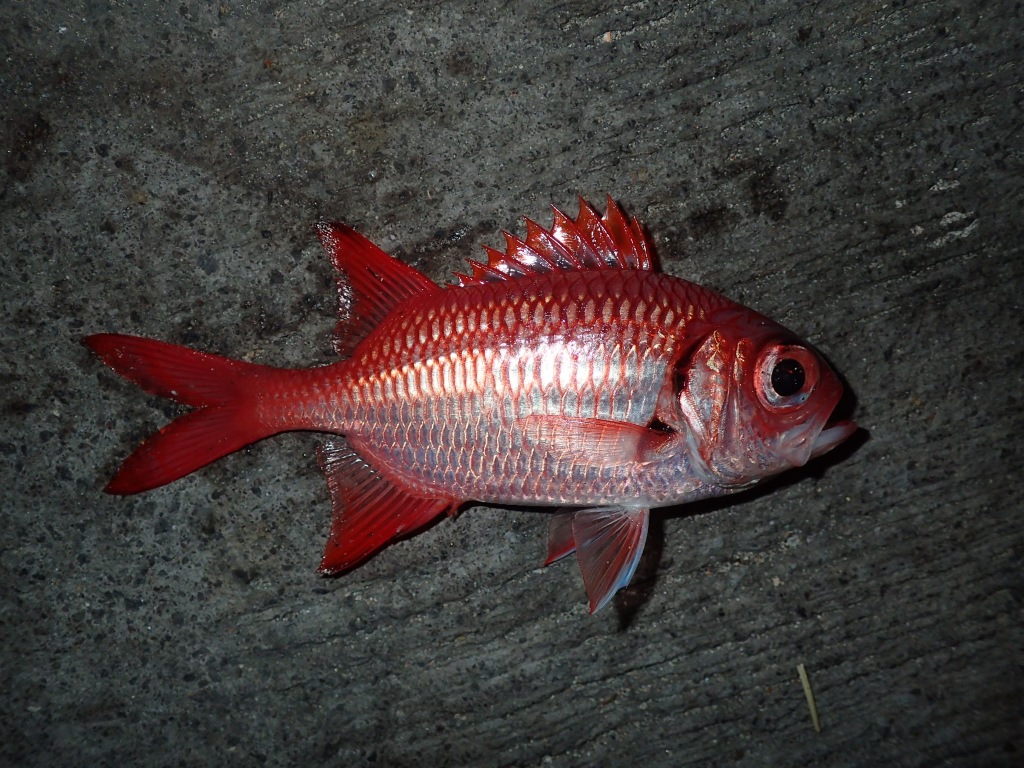 The next day we had an afternoon flight to Maui and we fished downtown Kona yet again in search of flounder.  I got lucky again! 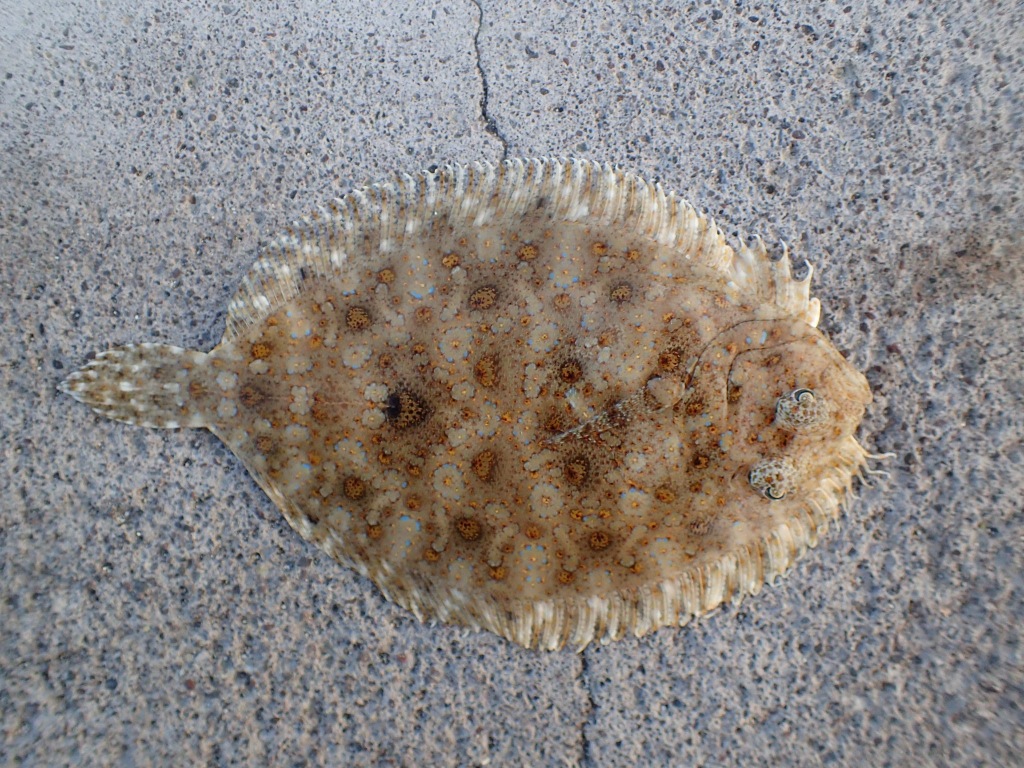 Ken secured a sweet turkey moray and we wrapped up the Big Island Fishing.  1 new species today!  On to Maui!