A road trip of over 800 kilometers yielding a life list entry of under 2 inches.  Sometimes the smallest fish can be the most rewarding.

Following our recent trip down to Pensylvania and New Jersey, Eli wanted to have a piece of the action.  Both Ken and I had unfinished business in these states, and so it was a trip!

On our way to meet Eli, he suggested we check out a quaint spot for brook silversides.  These were a unique fish I had seen before, but only for fleeting instances.  At one point on a camping trip in Georgian Bay, I had a few circling my hook.  That’s as close as I had come to capturing them in the past.

At Eli’s spot, Ken and I started catching some shiners we were having difficulty identifying.  The fish were stumped as well… 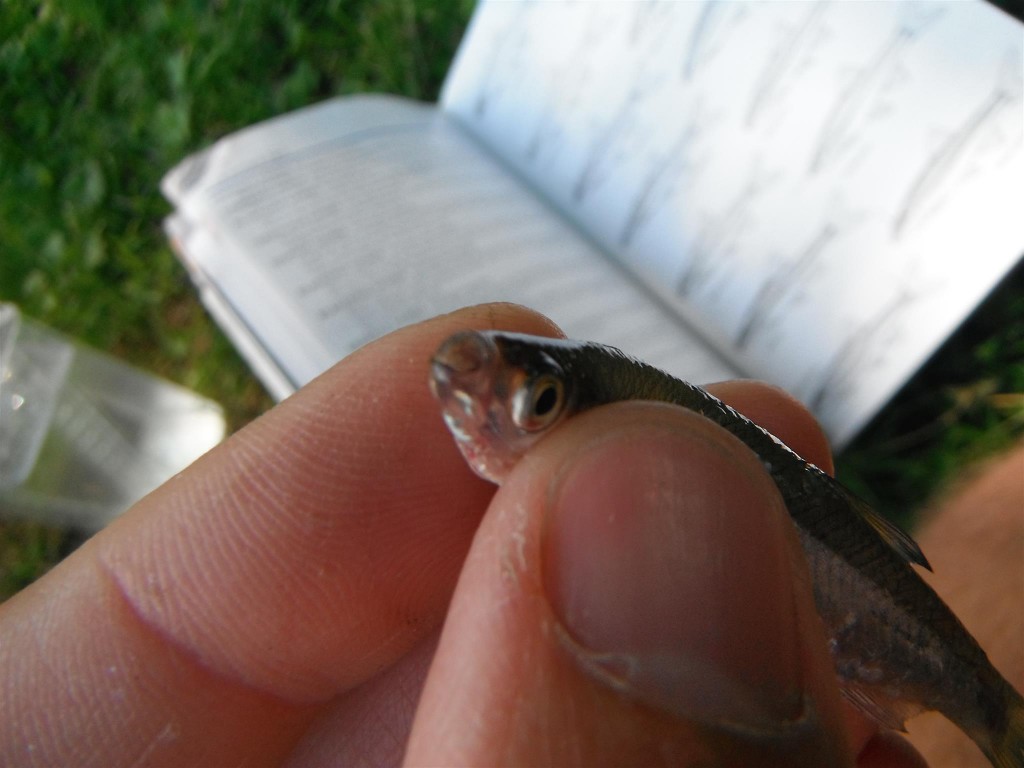 …all the drawings look the same!

But alas, the arched lateral line pattern eventually revealed them to be juvenile golden shiners. 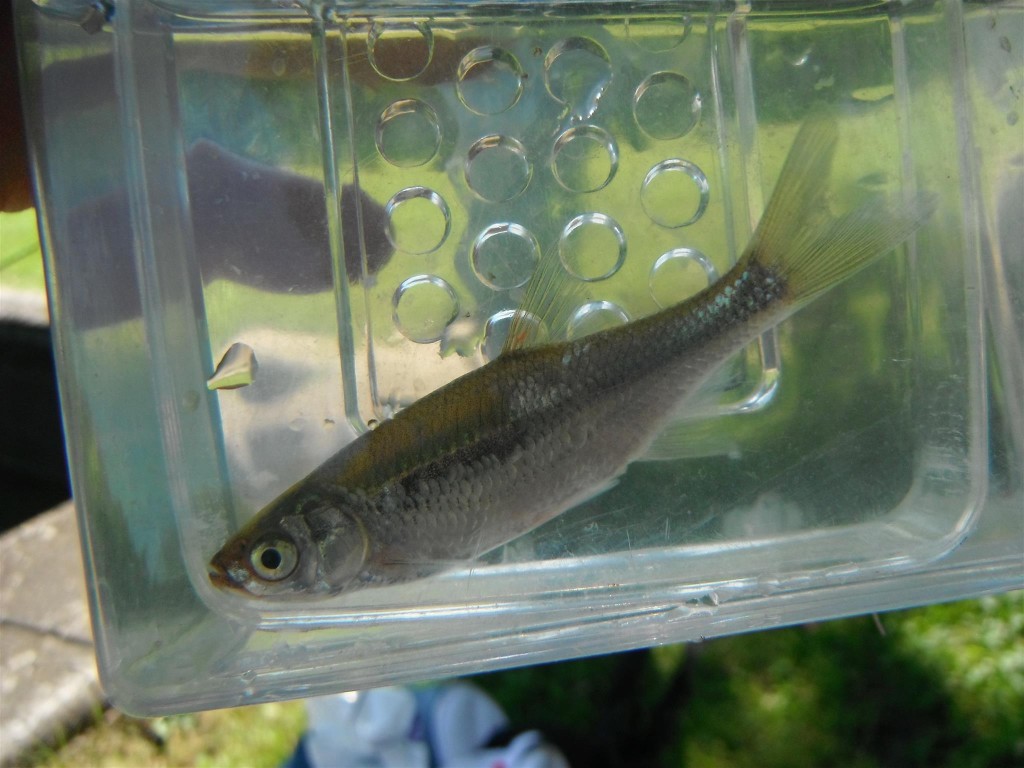 Ken helped me track the school and, with a bait dancing across the surface, it didn’t take much for one to hit.

Before it was time to go, Ken had some close calls with this smart carp who was working the shoreline. 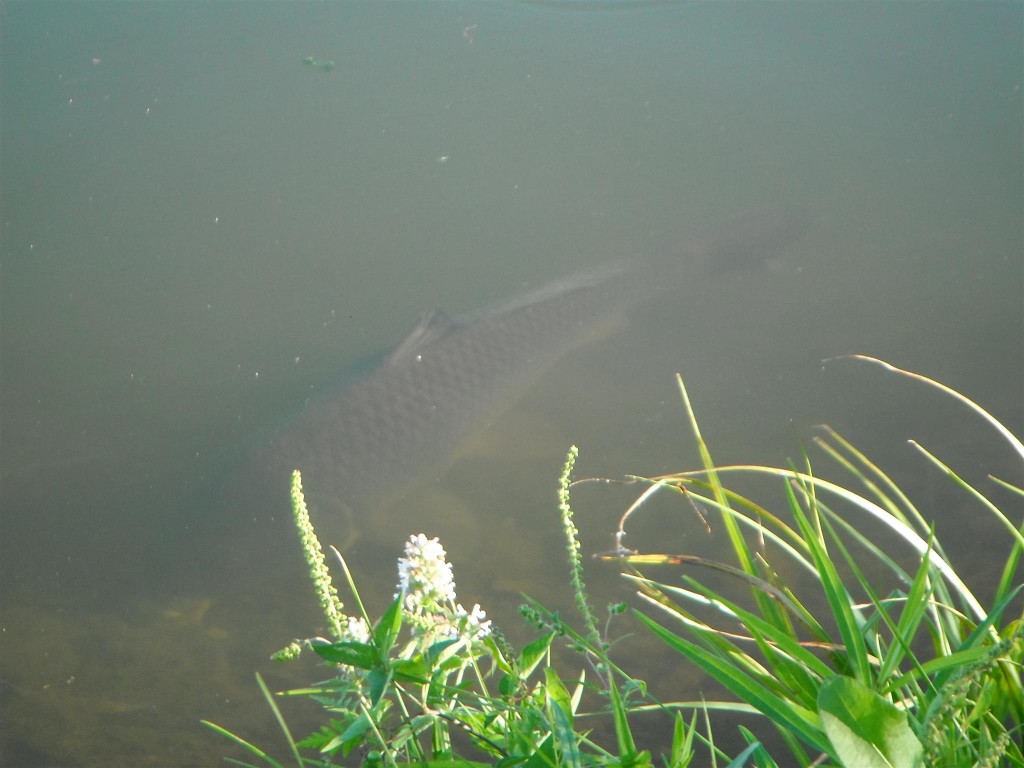 After meeting up with Eli and buckling up for a long drive, we were in New Jersey.

The next morning, Ken had a spot booked on a party boat and Eli and I fished a nearby inlet.  The inlet showed much promise:  a spear fisherman mentioned seeing a lot of tautog.  On my last trip, I didn’t have the right bait to catch them.  This time I did, but the tautog just weren’t biting.

I noticed a lot of the locals were fishing off the very edge of the break-wall.  This involved climbing through a lattice of massive concrete spikes well above the crashing surf below.  I hate heights.  I buckled up and went for it anyways.  One cunner wrasse later and no tautog, at least I had gotten some sort of adrenaline rush.

I joined Eli back on solid ground and managed a new species. 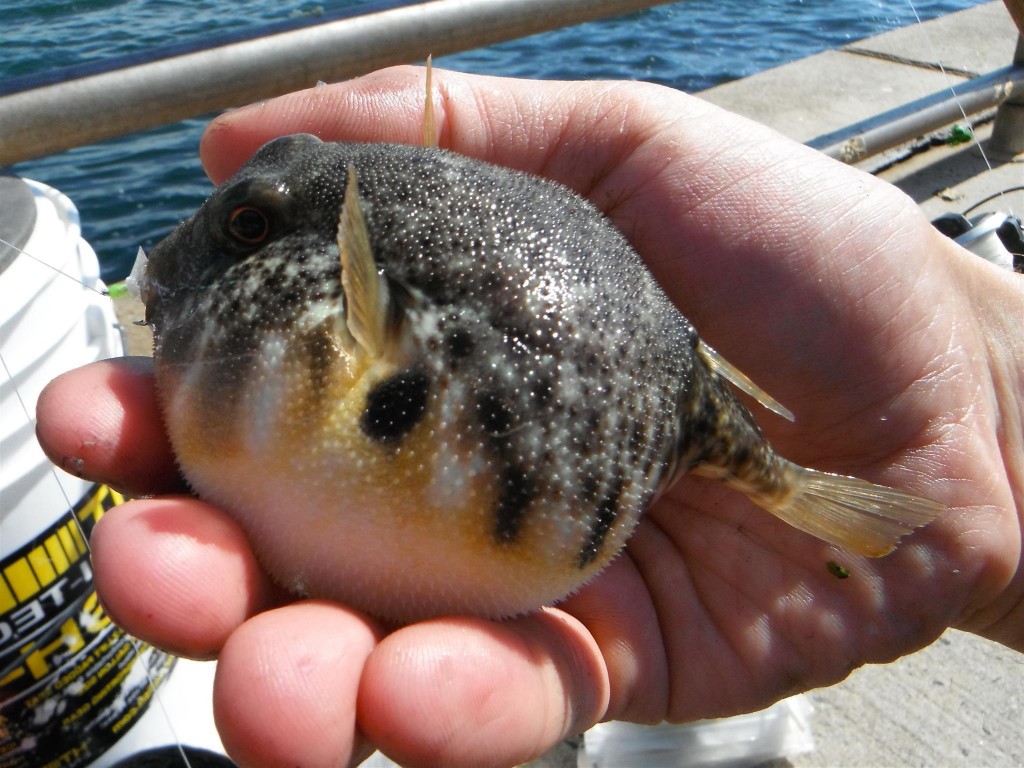 After we picked up Ken, we headed inland through the pine barrens once again in hopes of finding the blackbanded sunfish we had missed last time.  While the sunfish bite was slow, I instead focused on a group of tiny darters that I just barely spotted on a shallow, sandy beach.

These darters were easily the smallest fish I have ever tried to catch.  Spotting individuals and getting their attention was one thing.  It was a whole other game trying to decide when to set the hook and how hard to set it.

I can’t exactly remember what I did right, but I recall trying to bounce the bait violently up and down and having the darters charge at it for a successful hook up.  Whatever I did, eventually the variables aligned in my favour and I ended up with two fair-hooked fish in the photo tank. 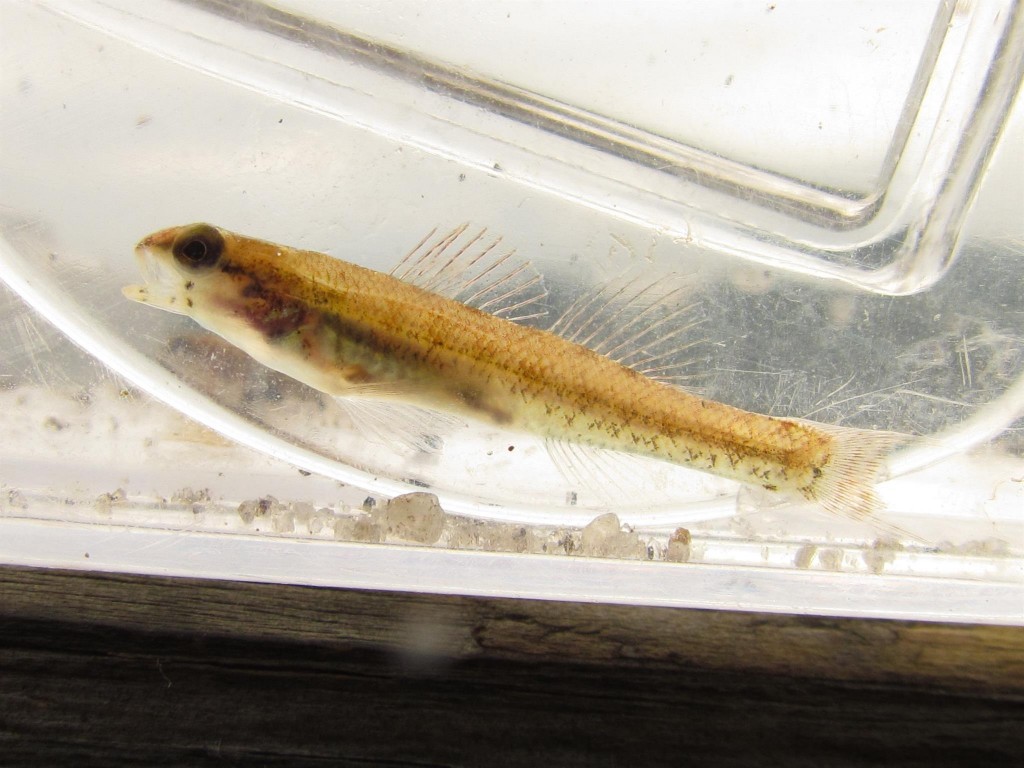 Without live sunfish, our rods for flathead remained silent.  Eventually, I caught a bluegill and we tossed it out.  As expected, he was promptly eaten.  Unfortunately for Eli, the hook did not set.

The next day we revisited the spot where I had initially caught striped searobin.  One of Ken’s targets on this trip was a northern kingcroaker.  Now, this species grows to over a foot long.

While we waited for searobin bites that never came, Ken and I were poking around in the surf looking for micro fish.  I mentioned to Ken that I had spotted some different-looking tiny fish moving in and out with the waves.  The last thing we expected them to be was… 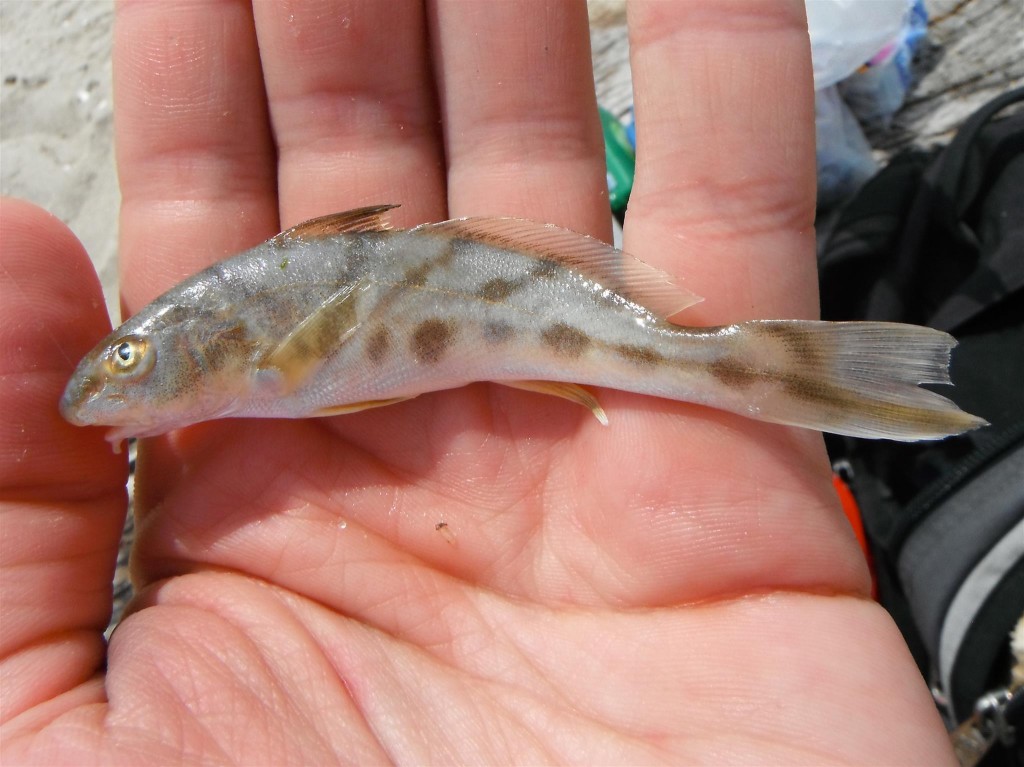 They were tiny, but they still counted!

That evening we stocked up on green crabs hoping to give sharks and tautog one final try before the drive home.  However, the spot we chose was hit hard by the wind and waves and nothing fishy was happening.

Yes, the fish on this trip could have been more cooperative, but that’s fishing!  I did feel very accomplished about my sub 2″ darters though =).