I figured the same spot I caught the whitefish at last weekend was worth another look early in the morning. I had my line wet at 7am and stared at a blank screen for a long time. A few hours later, I moved around and marked some fish deeper (60-70fow) but they were just as inactive as they had been the last 50 times I have tried for them.

I went back to my original location around 11am and lost what I think was a whitefish about 5 feet from the hole when my technique slopped out while I was lifting the transducer. I decided to stay for a bit.

Well, lesson of the day is you never know until it’s in the hole… 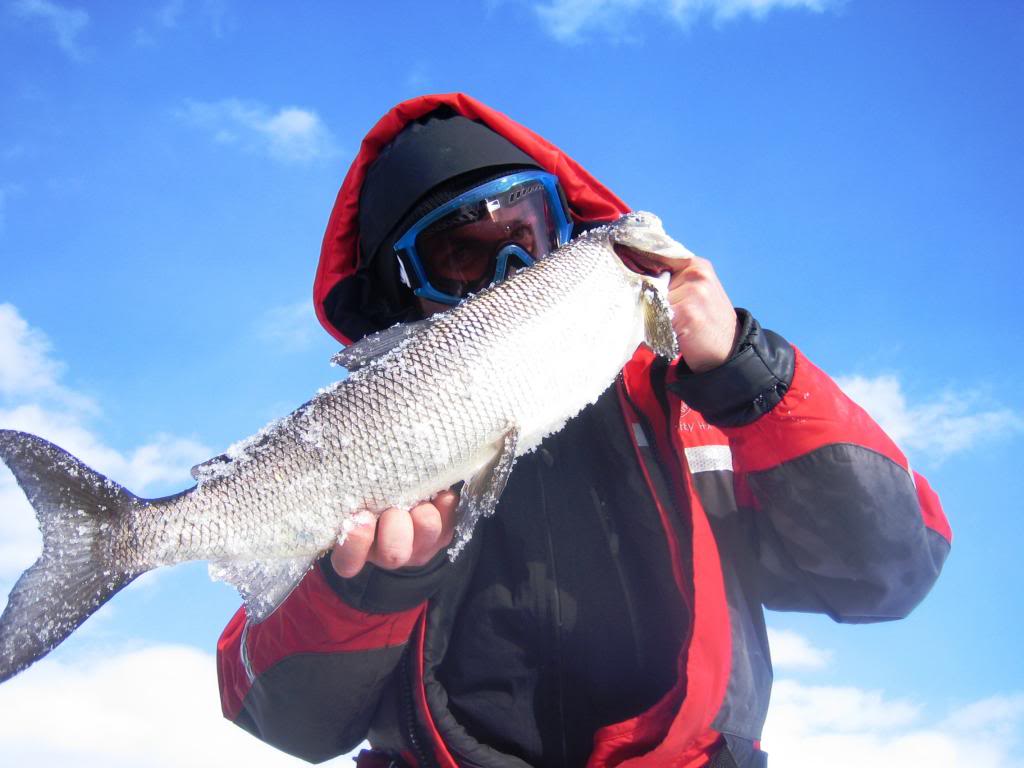 A bright white smile on my face. =)

Rest of the day was dead slow for me.