Who needs huskies to pull the sleigh, when you have DRUM!

I took advantage of the abnormally calm winds today to make my fifth trip out on the kayak. So many people have told me that the timing is wrong for a warm water discharge… because it’s too hot? I beg to differ… I think the heat makes a certain species of fish go bananas.

As I paddled into the bay, I knew I was going to be in for some fun. Seagulls were diving into the water for what I would later learn to be dying alewife, so warm-water predators would naturally be nearby. As I approached the one other boat fishing the outflow, I caught a glimpse of their stringer. 2 big drum and a selection of 2-3lb bass… not bad! After a brief conversation I learned that they were fishing with plastics rigged on jigs, snagging often, and hooking fish.

It only took a few casts of my 3/4 oz little cleo to get hooked up with a nice fish. 8 lb freshwater drum. 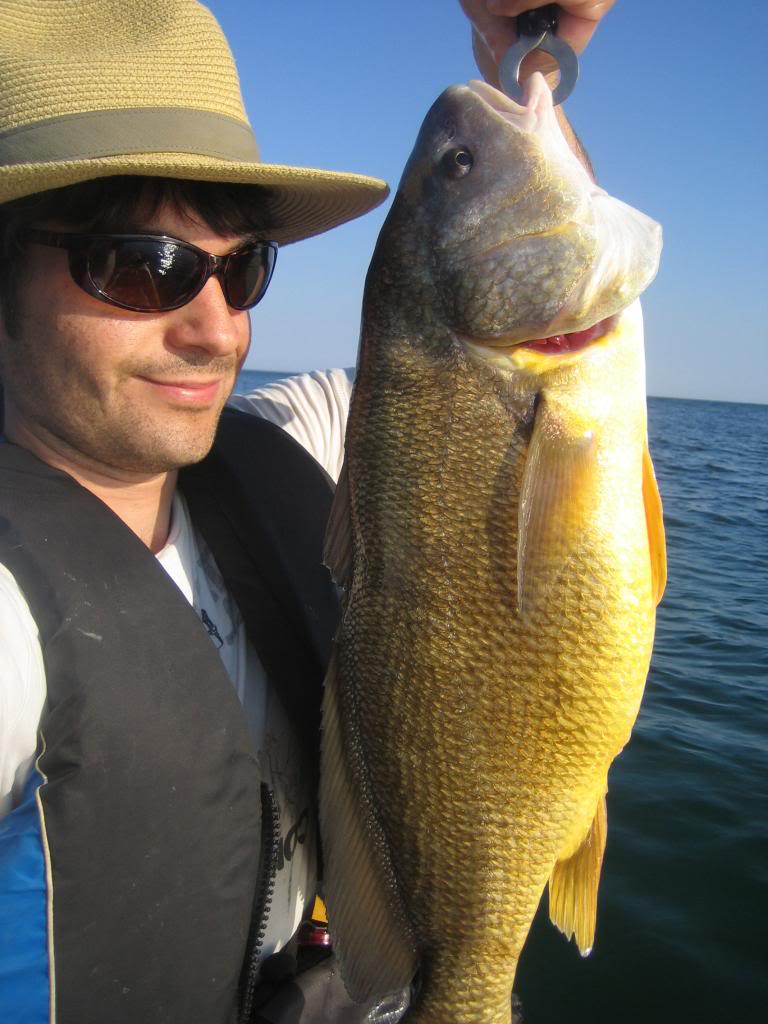 A few more casts in, another smaller drum clamped down. 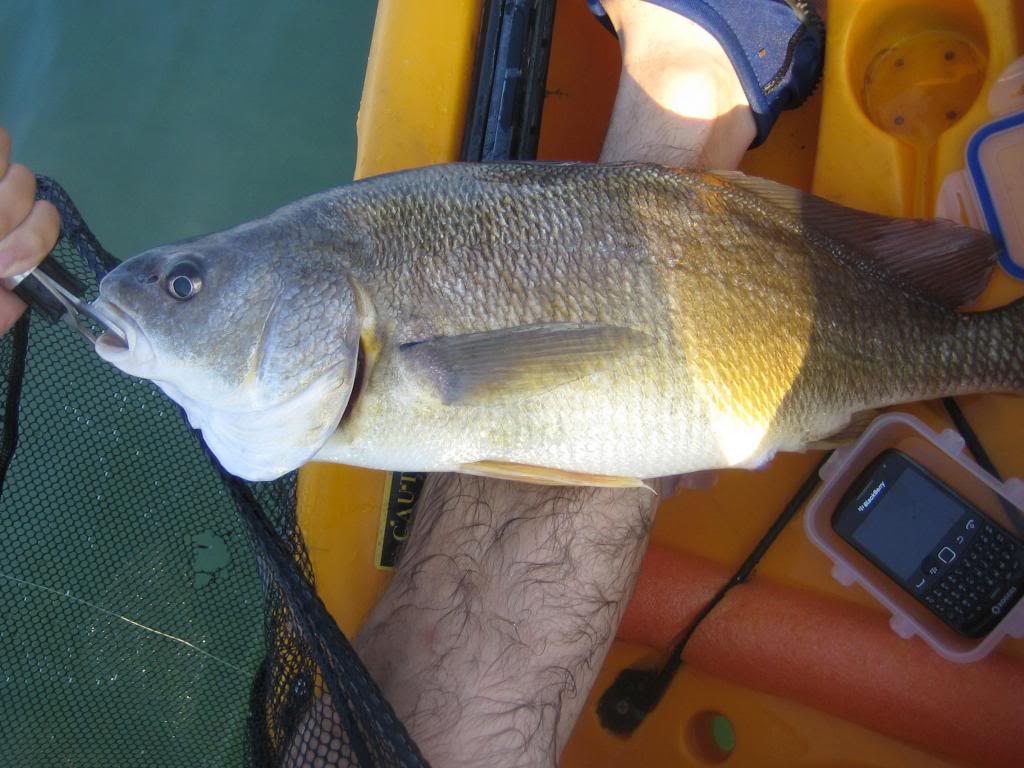 And deeper into the cove, I hooked a screamer forced my braid to sing to me. 10 lb freshwater drum. 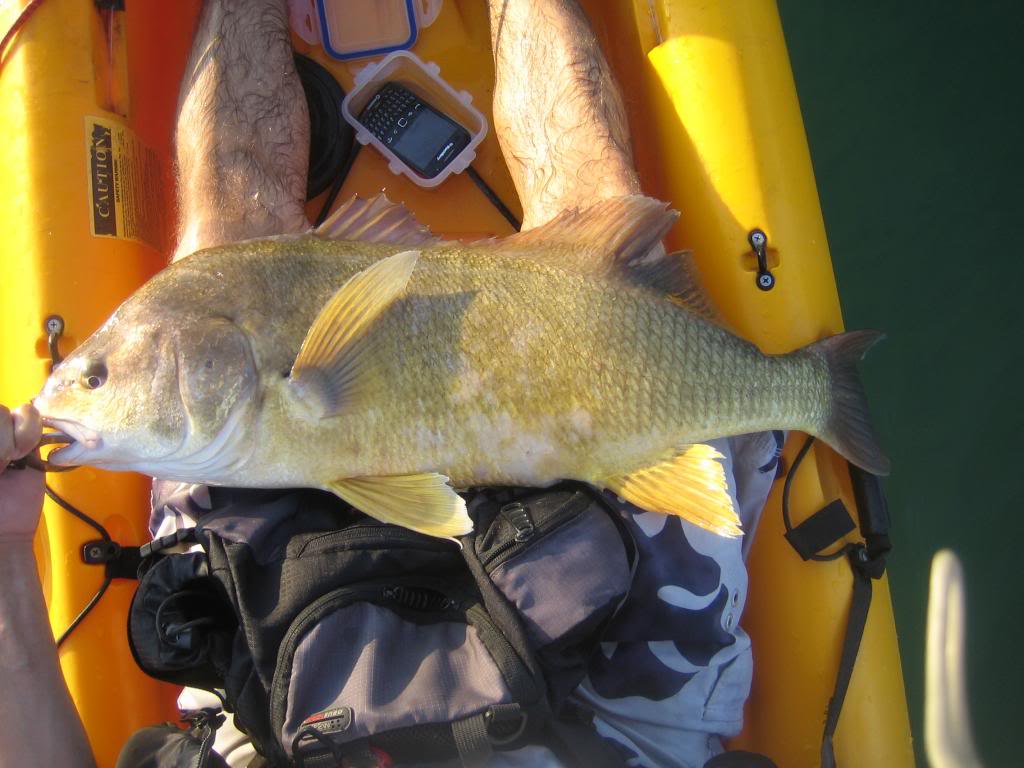 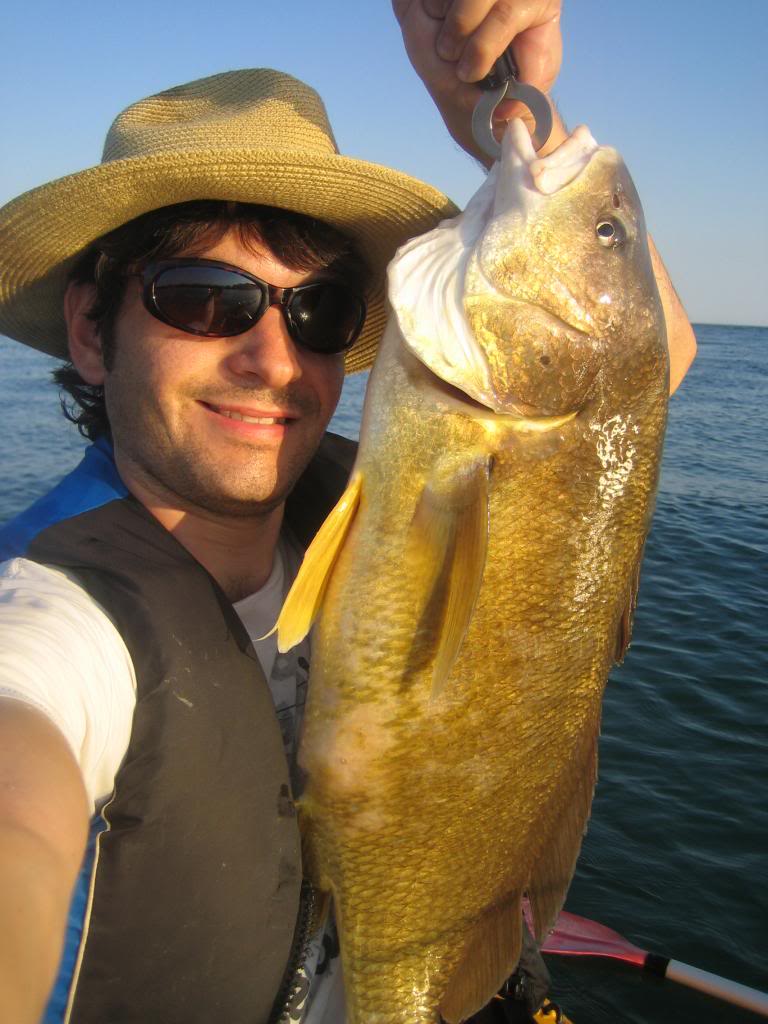 I found a dying silvery minnow skirting across the surface and I netted it. I think it was an alewife, with the shad-like upturned mouth. Man, they’re paper-thin fish! So strange to behold! I threw it out under a float but a seagull quickly plucked it off the hook.

Back to the spoon and got one of the road. 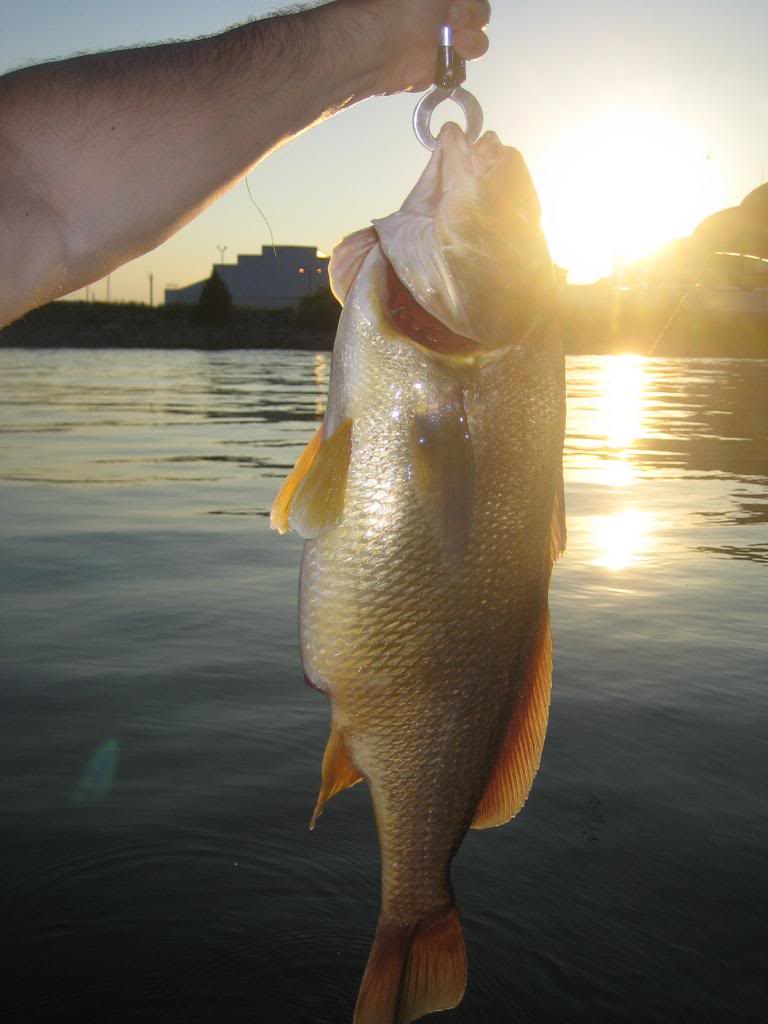 Paddled home a happy guy with 4/4 on fun-sized drum in under 2 hours of fishing.

A few weeks later I returned to the spot with a friend in the comfort of his boat.  We fished late into the night and were treated to the standard fair of drum, but with one exceptional fish.