Dragging the kayak from its winter slumber to its new summer home atop my vehicle is an event I look forward to all winter long.  There it remains, until next winter, ready to propel me to new fishing adventures on any whim.

On March 31, I met up with Jeff just as I had last year to fish a water outflow.  Jeff never fails to be a wealth of knowledge and consistently outfishes me, reinforcing that fishing isn’t simply based on luck.  After a few messages back and forth, we chose a time to launch.

There was daylight much earlier than I expected, and it seemed the pre-dawn bite window would be a narrow one upon our arrival.  However, I wasn’t in too much of a rush to ignore an amazing photo opportunity. 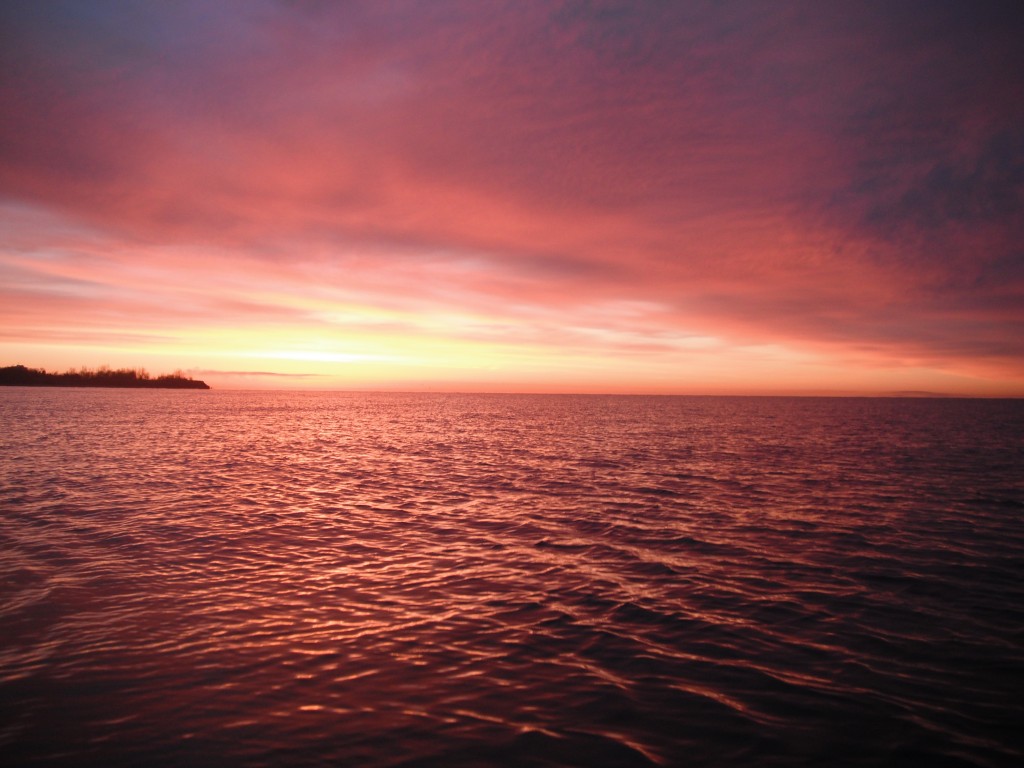 I was fishing without a sonar today, as it was still rigged up in my portable bag for ice fishing.  For this reason, I chose to keep the trolling simple and stick to shallow or surface-running crankbaits.  I snapped on a shallow-running LiveTarget at the end of 50 feet of fluorocarbon leader that I couldn’t remember the strength of.

I had over 200 feet of line out behind me, so instead of trying to reel the fish in I just peddled the Hobie towards the fish.  When I got close, I was treated to the full breach of a silver Chinook salmon, shaking the LiveTarget furiously in its maw.

I thought it’d be best to assume I had 6lb line on instead of 8lb.

I wasn’t taking any chances on this one, since it had been a bucket list item of mine for quite some time.  I had caught plenty of pre-spawn chinook salmon in the fall, but the fresh, silver edition was a longstanding target of mine.

I proceeded to fight the poor salmon on light pressure.  My fingers froze up, and it felt like I was following this fish around for an eternity.  Some 30 minutes later, it was finally in the net.

The blues, blacks, and purples on this fish took my breath away.  It matched well with the lure I was using. 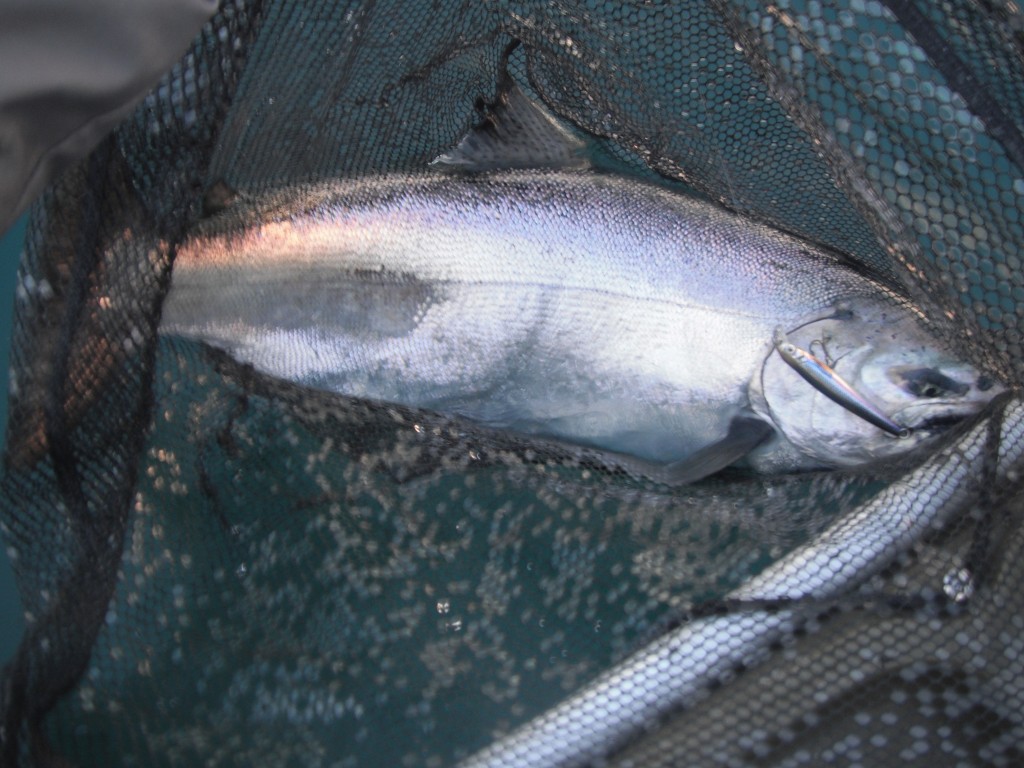 It measured to 32.25″.  As the year progressed, this 13 lb fish would bulk up to the sizable 20+ lb specimens that enter the rivers to spawn and then die. 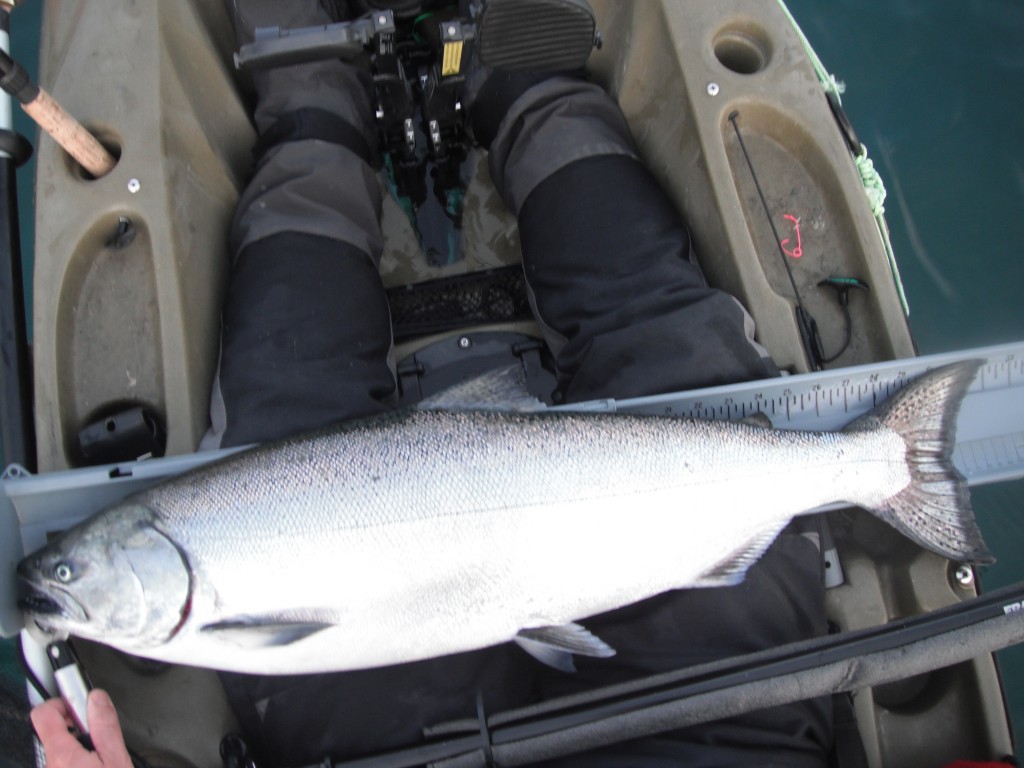 As you can tell, I was absolutely ecstatic about this fish.  Jeff met me and grabbed a hero shot. 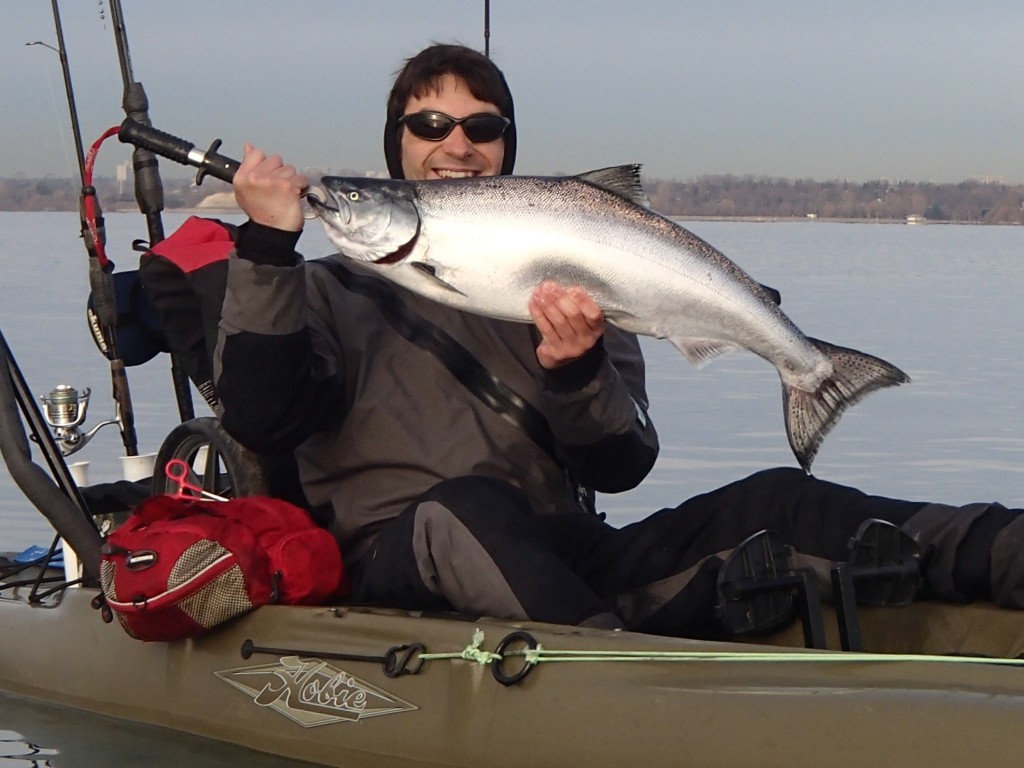 That’s more than enough writing about one fish.  The rest of the day was not very productive for me, but Jeff did manage to hook a whole range of different species.  Just as in the past, I tried to emulate his technique without much success.  It’s all in those details I haven’t picked up on yet.

I did manage a consolation 26.75″ carp, strange they weren’t on the feed at all today.  Must have been the clear water. 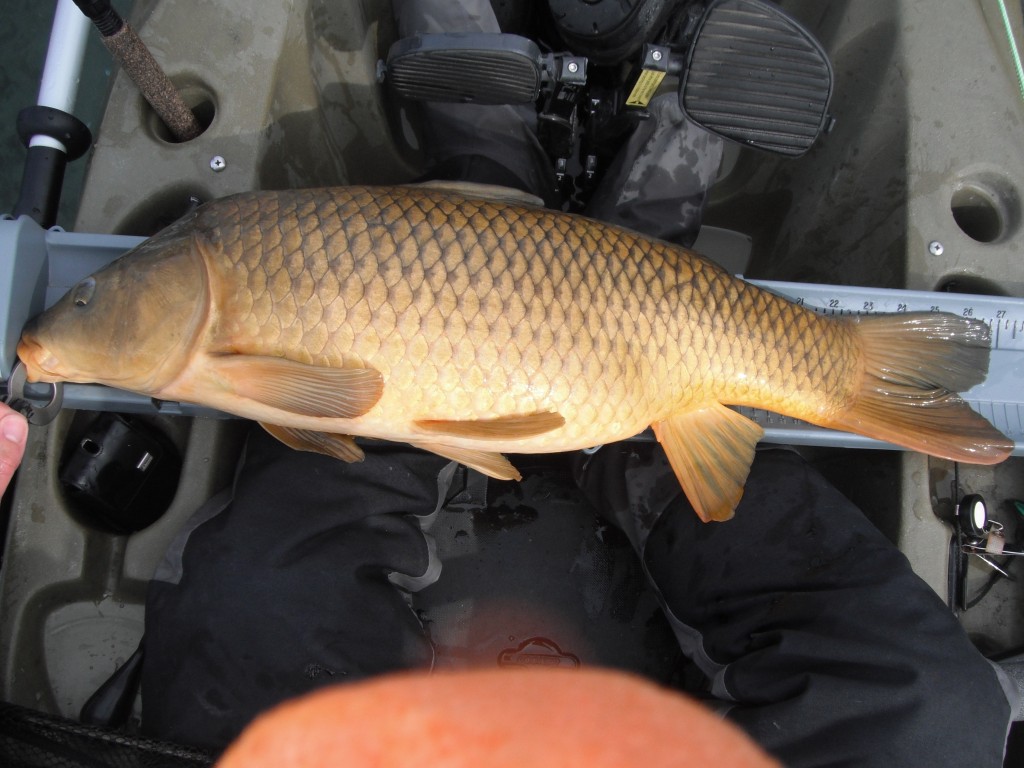 It didn’t matter much to me that I struck out the rest of the morning, because I still had the image of an angry 13lb Chinook jumping clean out of the water, shaking my crankbait as it soared.