I wanted to get a nice and early start today before the usual midday wind picked up. Unfortunately, the fish and I weren’t on the same page.

From 5:30 am all the way to 9 am all I managed to accomplish was losing one whitefish under the yak and landing one 26″ laker.

Every few minutes I would observe fish come by and stick around, presumably checking out my bait. By the 2nd hour I was talking to them, using please and thank-you. By the 3rd hour I did away with the pleasantries and started making demands of them!

Both the polite and impolite approaches couldn’t coax them to bite. I really wanted to change lures, but I could not get my frozen hands working well enough to undo my snap or to even dare to attempt a re-tie. I was stuck with the bad boys.

So I just waited and hoped for the sun.

The sun finally poked out around 9:30am, warming my hands just enough to change to the jigging rap. Between 9:30 and 10:00am I landed two whitefish and lost a laker. Talk about a big difference either the sun or the jigging rap made. We’ll never know which it was, but I sure was in a better mood. The second whitefish had the jigging rap stuffed all the way down its throat. Had my hands not warmed up from the sun, I’m not sure what I could have done in terms of lure removal. Thankfully, I was able to remove the hook-laden lure without much damage to the fish. 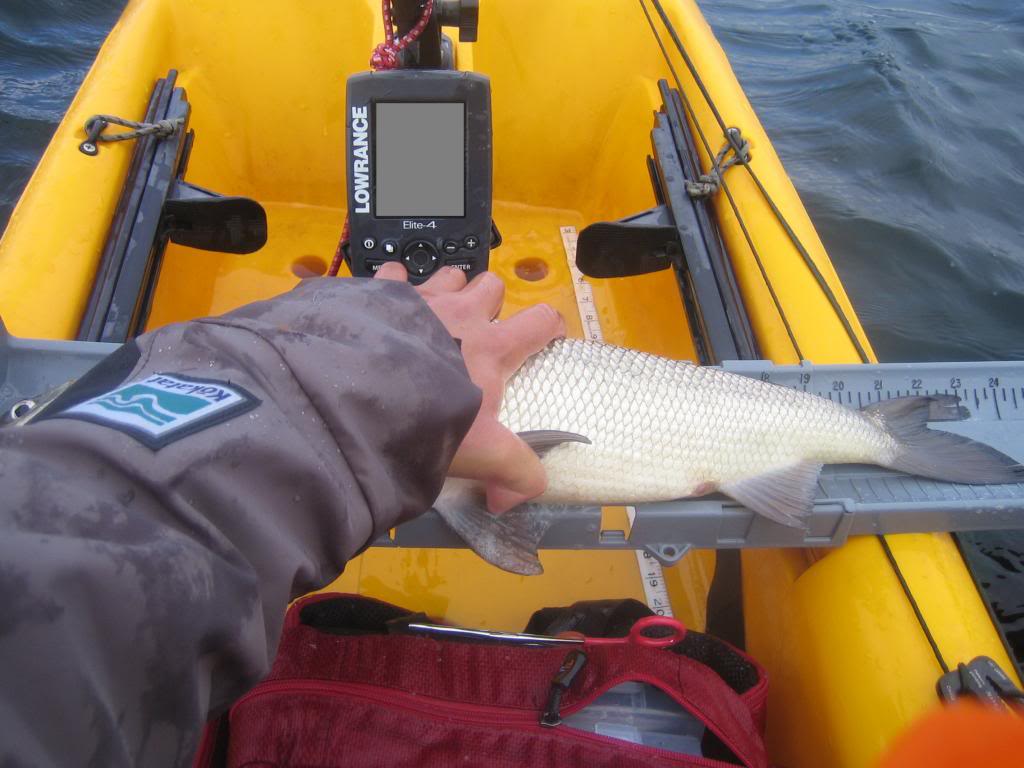 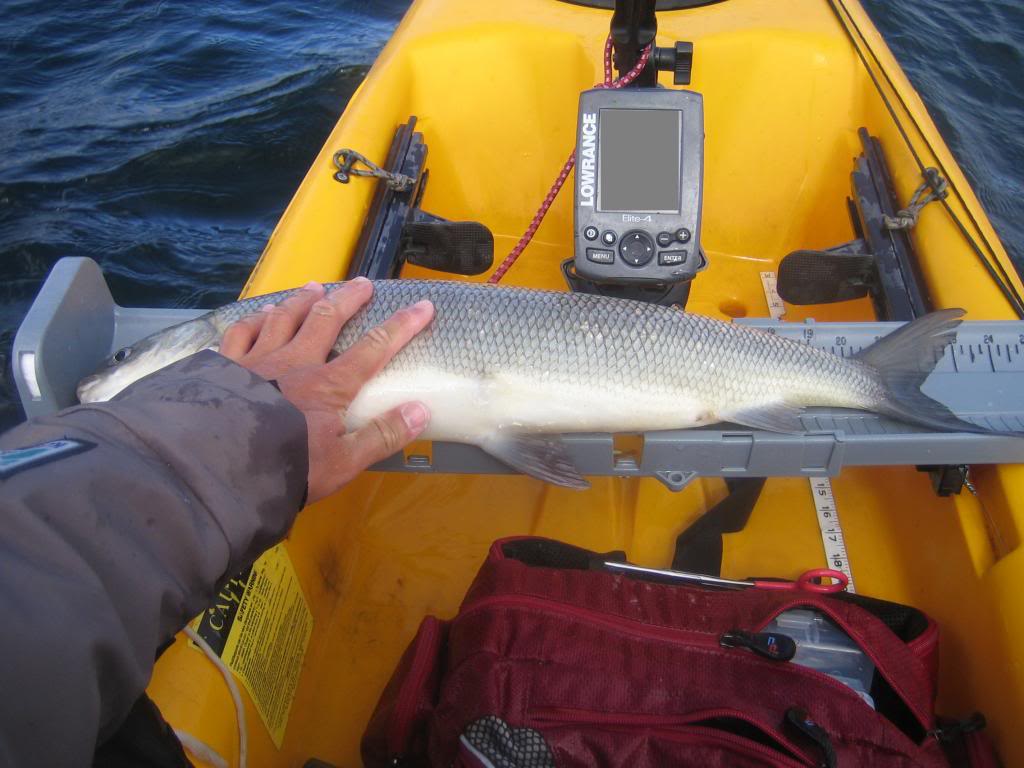 The sun not only woke up the fish, it woke up the wind. During my fight with the last laker the wind really picked up and I decided to pack it in. Looking back after I was all packed up, things seemed to have calmed down.