Trolling… paddling a long way but not ending up anywhere. =)

Below are two more attempts to catch staging Chinook salmon from my kayak out on Lake Ontario.

I didn’t have too long this morning, since the wind was beginning to pick up. I squeezed in a session between about 6:30 and 9:30am. At about 7:30am, I picked up a nice, frolicking buck in 35 FOW. Thank-you to a random boater who took a picture for me! 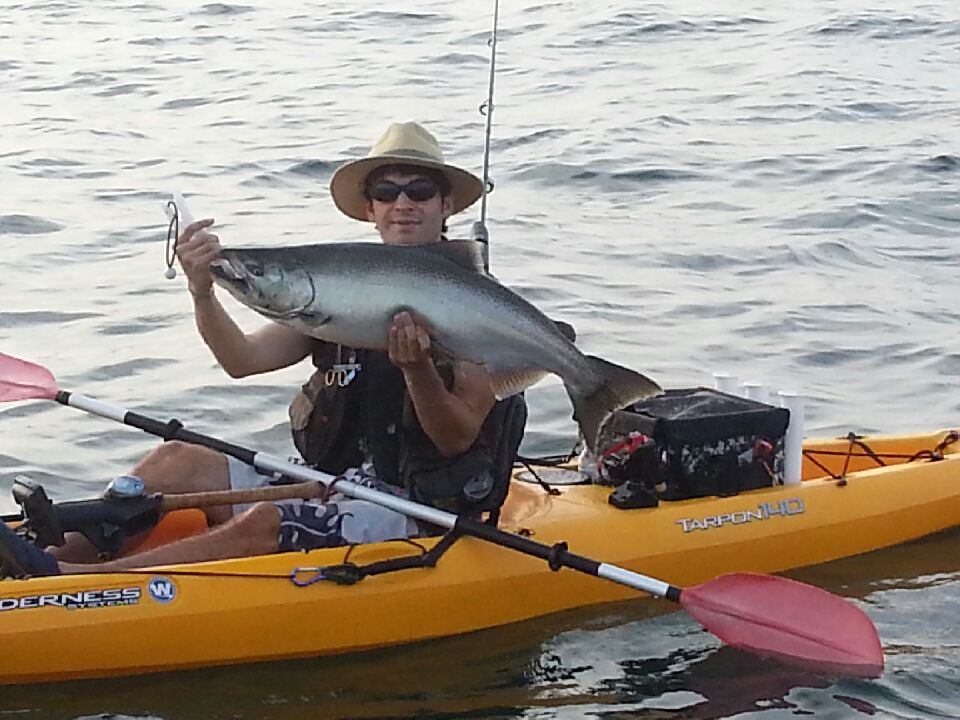 What a wonky day. It could have been stellar if the fish would have just stuck to the hooks (which were kept sharp).

Launched at around 6:30 to a clear sky. Paddled alongside a kayaking buddy to a rising sun and calming water.

It wasn’t until 9ish that my partner hooked up right in front of me. We were in the slack water surrounded by wind-swept water. He landed a nice ‘nook.

Then we focused our regiment on the seams between the slack/windswept water. I hooked up about a half an hour later, but the fish came off after a few seconds of fighting.

Then at about 10am I had another strong smack that pulled my rod back, but it was another missed hit.

Now the sun was quite high and it was getting hot.  However, the salmon didn’t seem to care and continued to jump all around us.  Wonky, but perhaps it had something to do with the fact that I couldn’t see down to the bottom today.  Perhaps the rain from yesterday stirred up sediment and provided some nice shade for the fish.

As I was reeling in my other line to check for weeds at 11 am, barely moving, I looked back to the front of the boat to find my rod pinned. Finally got one, at a super late hour, on a crystal clear, hot sunny day, at 11am, in 25 FOW, barely moving the kayak! 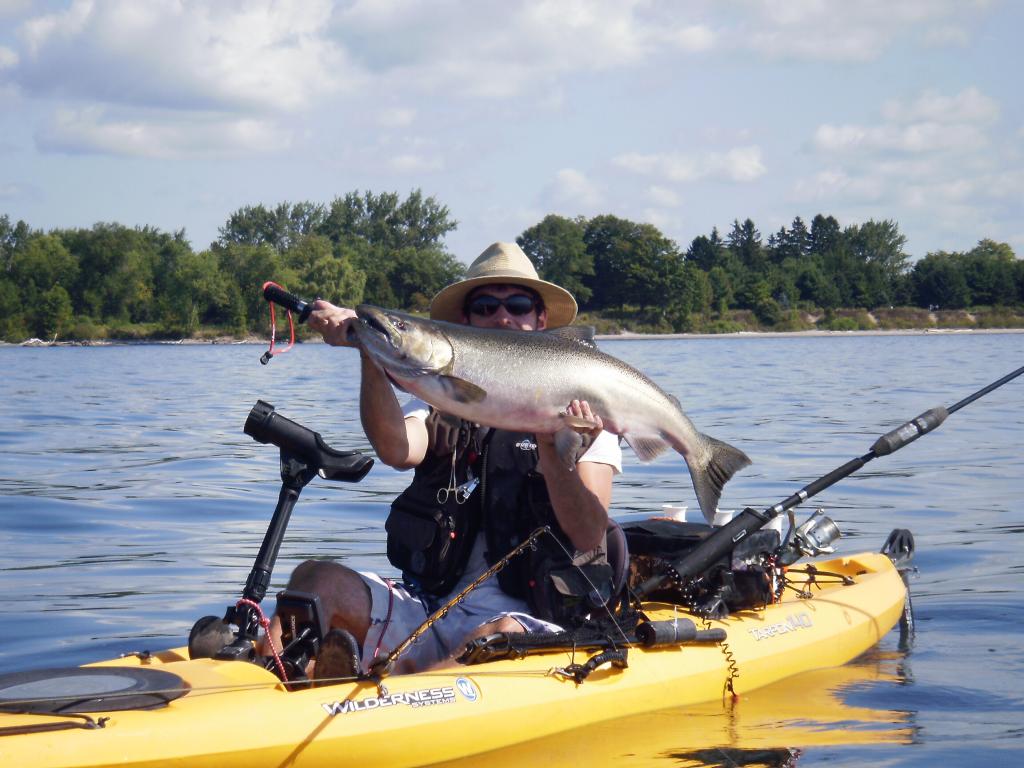 I was only moving at 1km/h when the fish hit. I unsuccessfully attempted to replicating this “stalling” technique for another hour, with fishing jumping all around me.