It’s a rare day when the collection of variables that influence a day’s fishing just seem to mesh perfectly. Today was one of those days.

I began fruitlessly trolling out from Simcoe’s shoreline at 5:30am on glass-calm water. When I got to where I wanted to be, I dropped anchor and got ready for some jigging. It seemed I had let out too much anchor line, because I wasn’t exactly where I wanted to be and the bottom foot and a half was occluded on my fishfinder. I figured I’d give it ten minutes and then reposition. Well, within two minutes I had a fish on, but lost it halfway up. 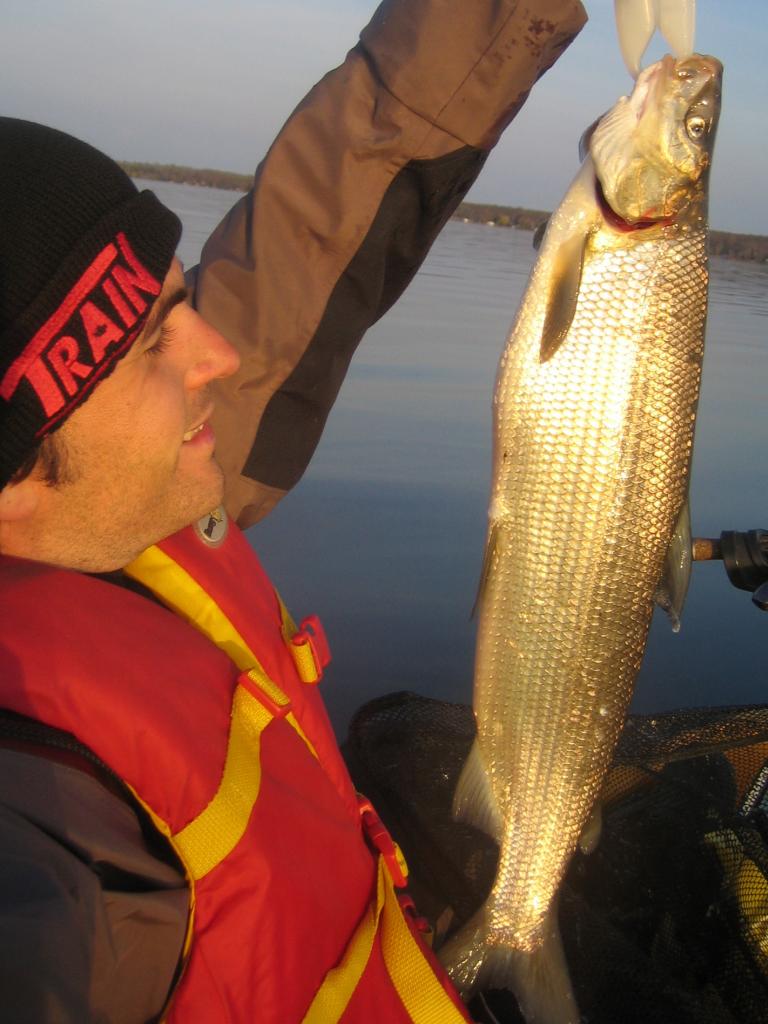 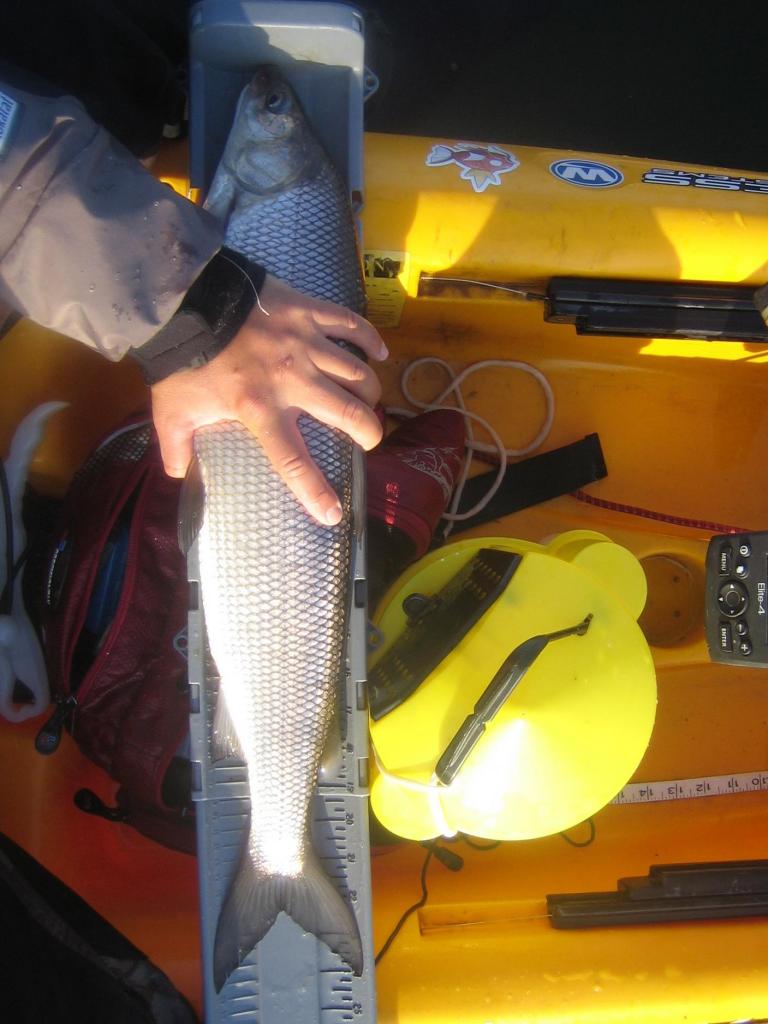 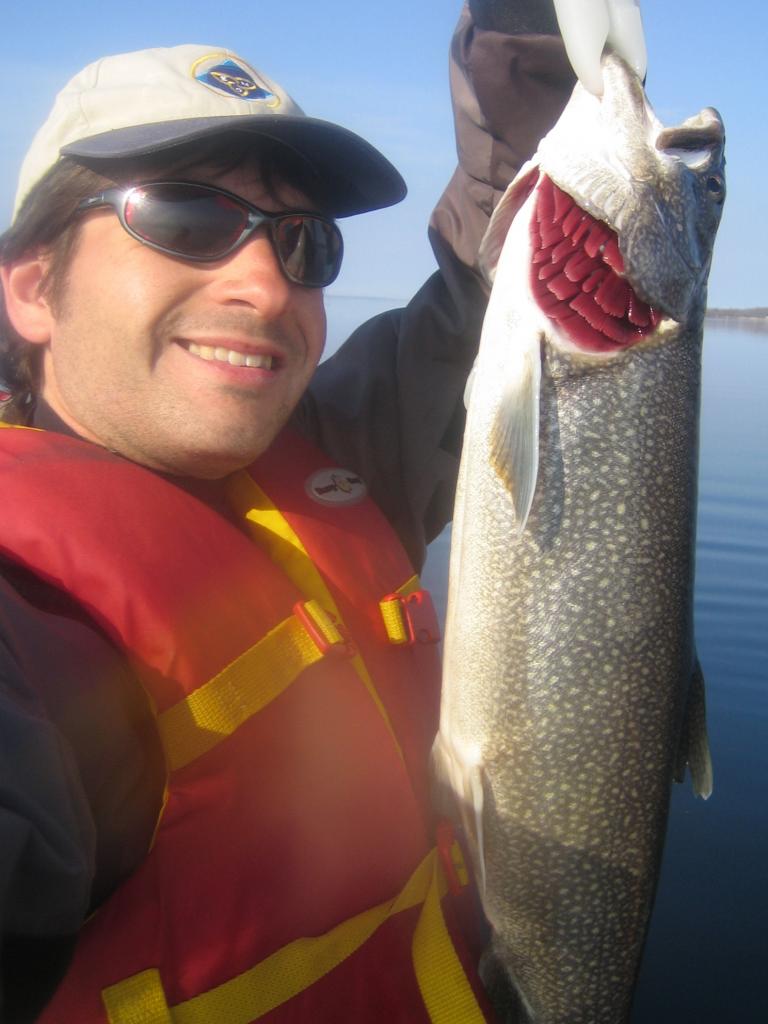 And they just kept coming. 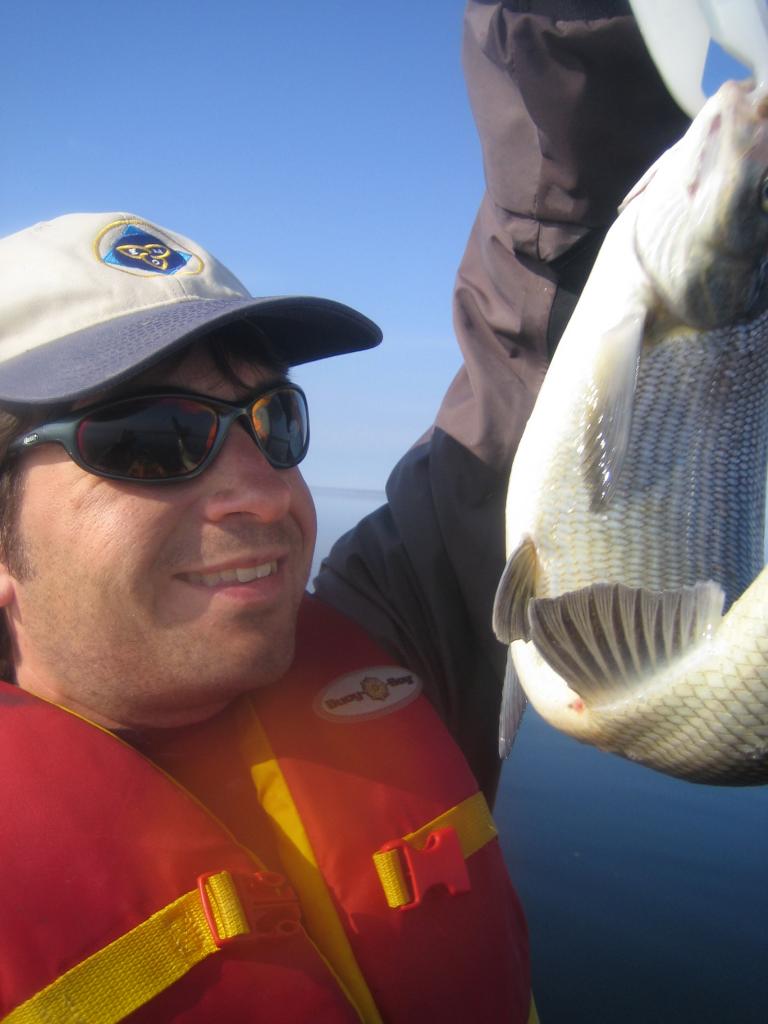 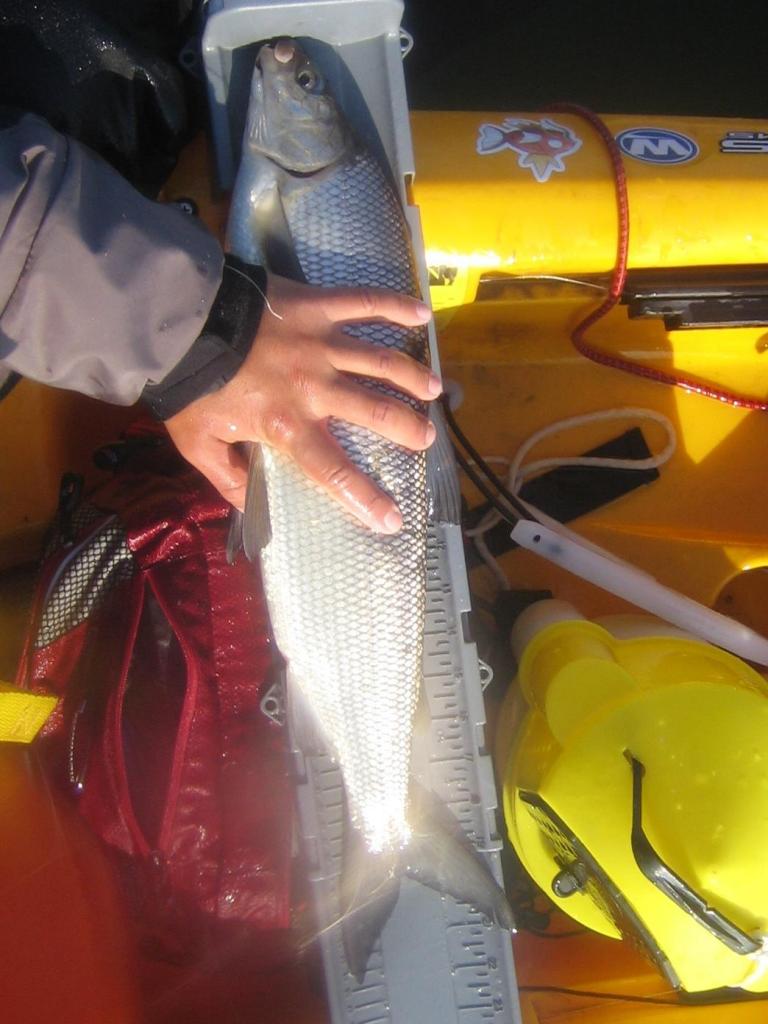 The wind kept calm and gifted me glass-like water all day long. 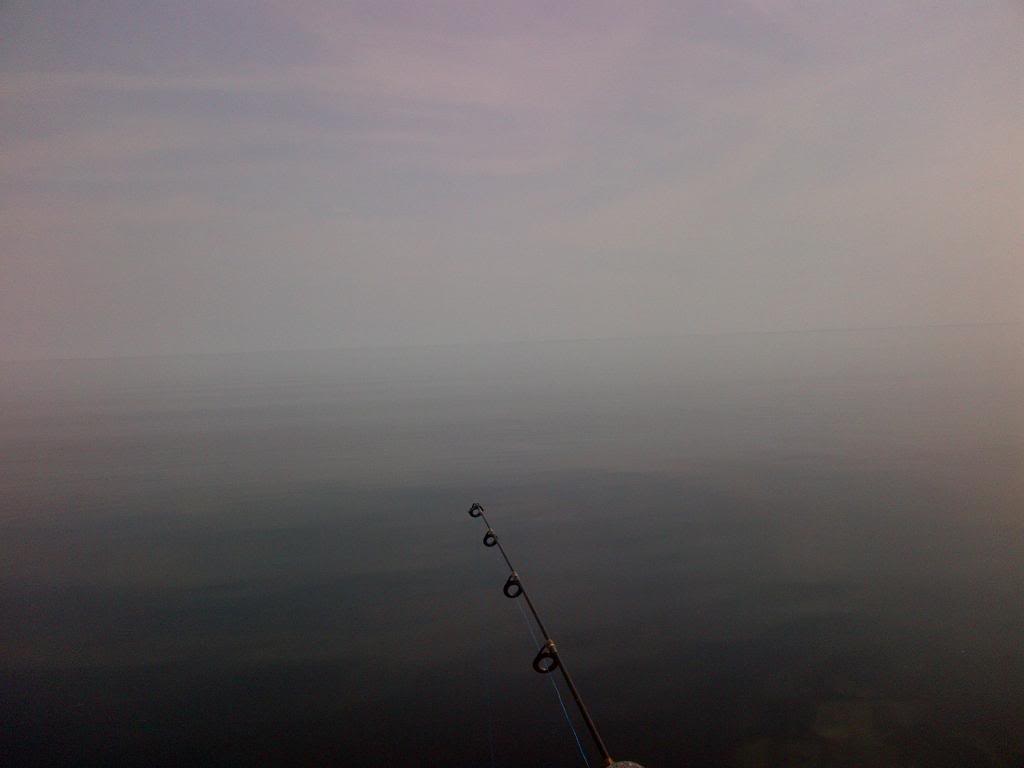 I eventually put the fish grip away because it didn’t treat their lips nicely. Without the grip I had a few jump ship before I could pose them for a picture. 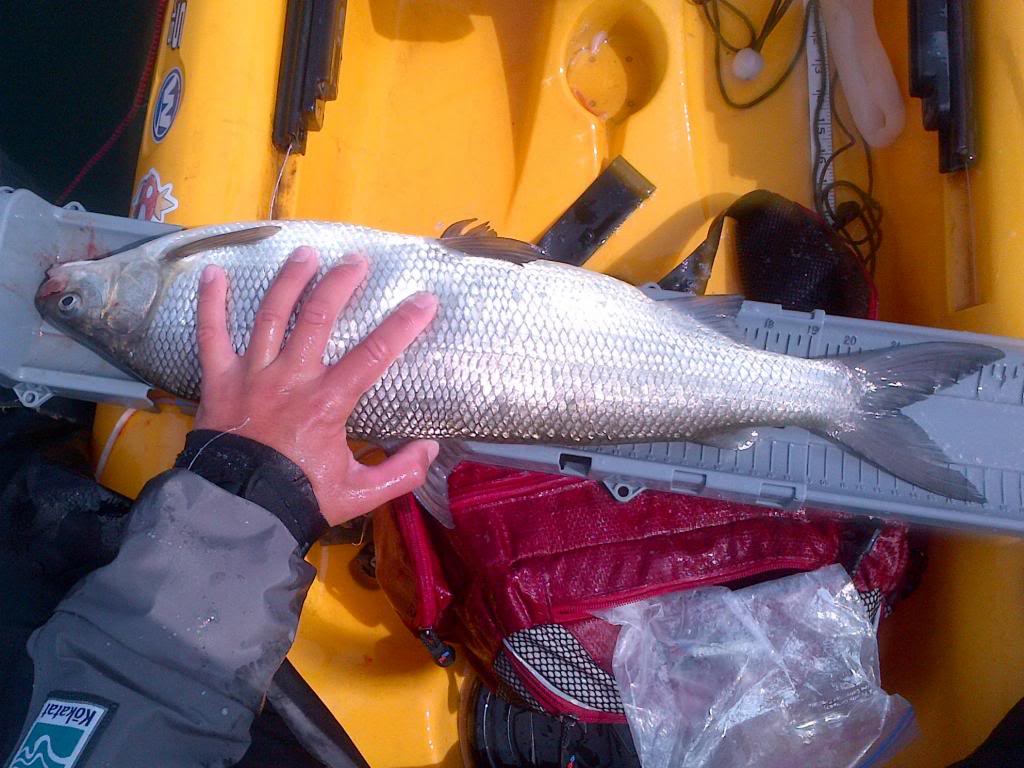 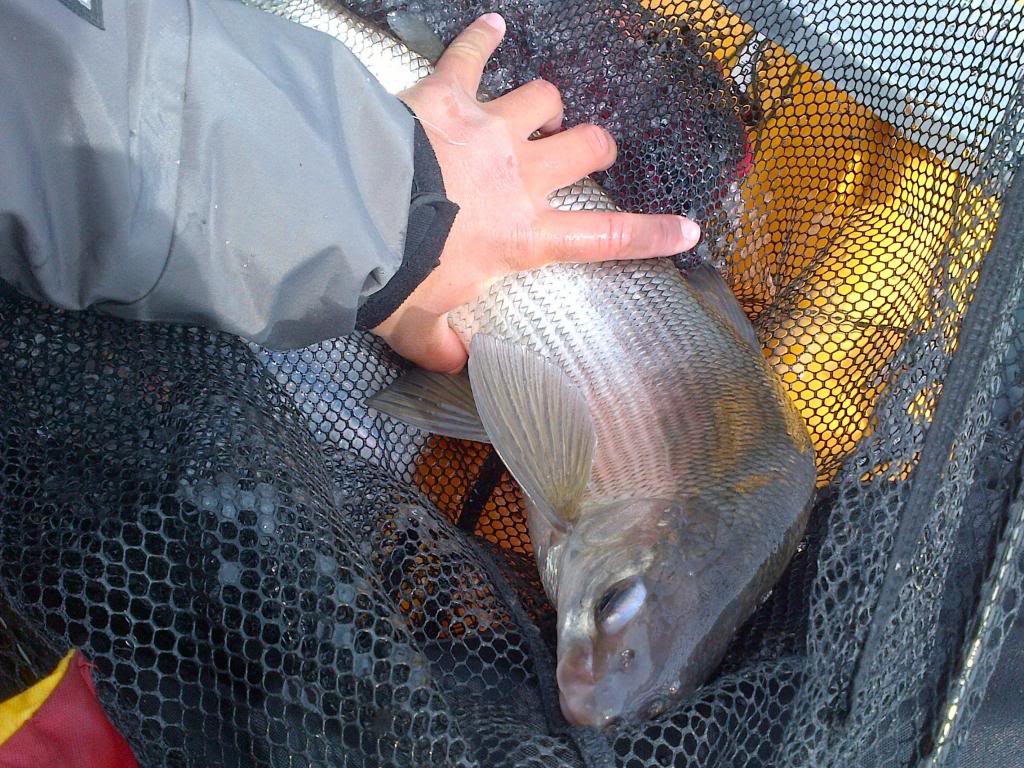 And they just kept on biting, and I just kept on pulling hooks. Over half of everything I hooked was able to wiggle free. One exception was one fish that snapped off my lucky jig after I forgot the check my leader for wear and tear.  However, at this point in the day I was all smiles.

There was a lull in the action sometime around noon and I decided to pull up the anchor and do some more fruitless trolling for lakers. After that I returned and just drifted around. I found whitefish wherever I drifted. They weren’t aggressive, any fish that would chase would promptly turn around and wait near bottom for me to drop the lure. 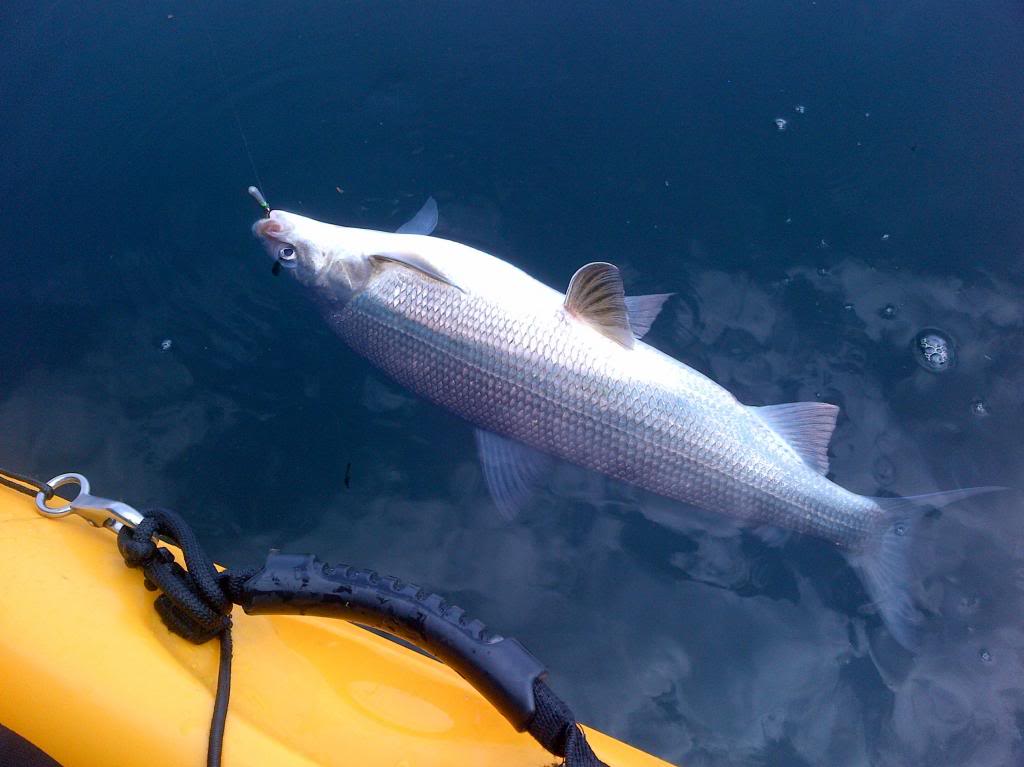 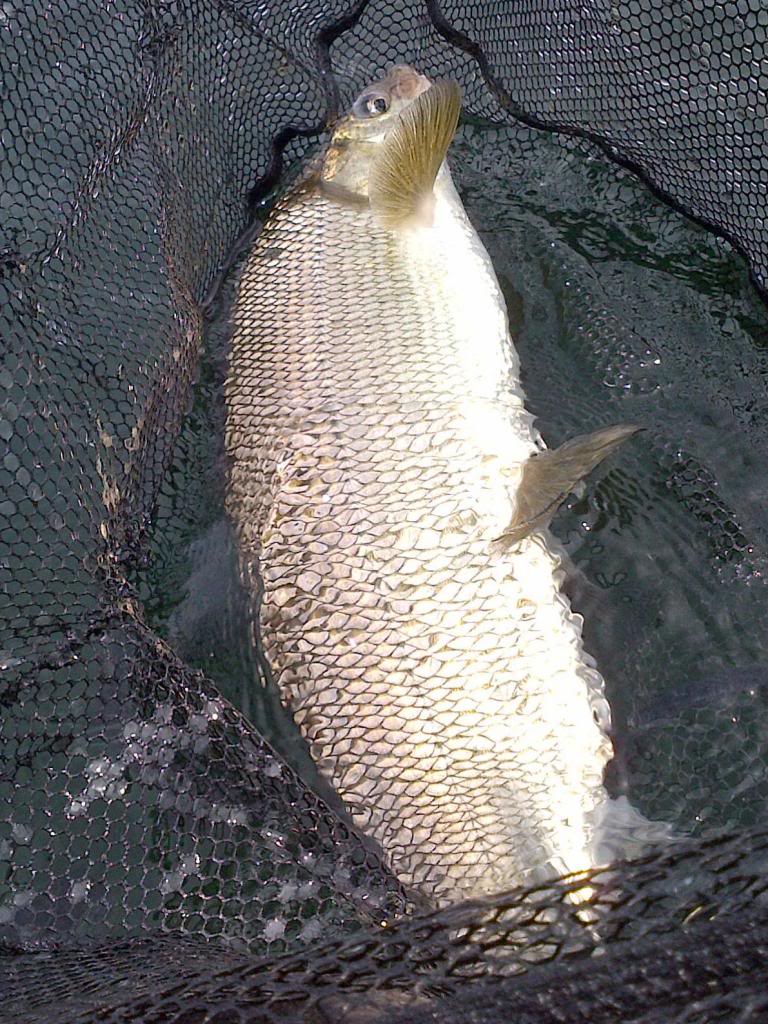 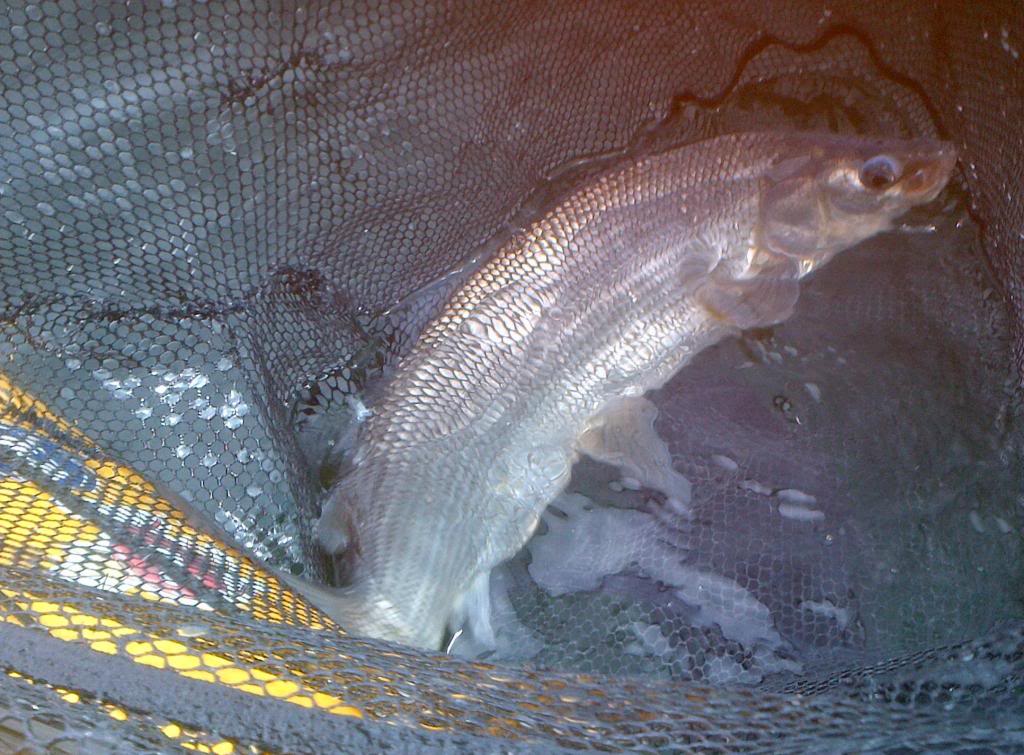 Ended up 17 for 35ish (lost count of how many I lost but it was over half of the hookups). 16 whitefish, one laker, and one day I’ll never forget. 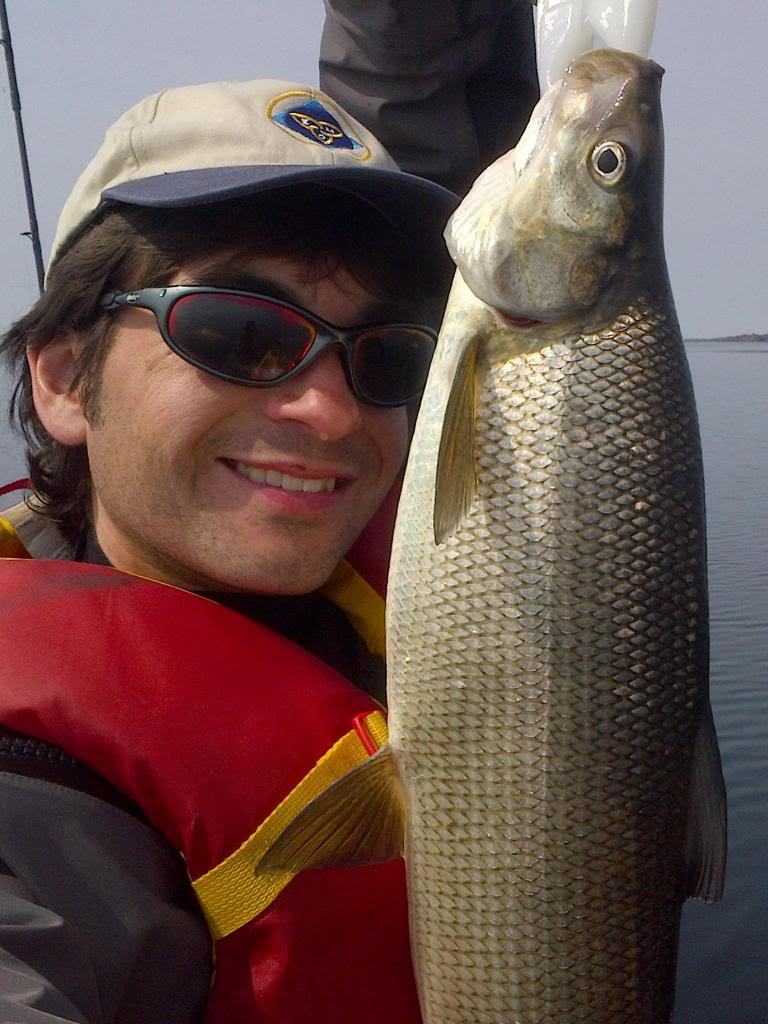