My friend had asked me for help in moving his belongings to his new student residence in Ottawa. I had heard of Walleye and Freshwater Drum being caught in these waters, so I decided to go after some new fish.

I was a little late in the departure, and by the time the car was unloaded it was near dark. The weather was warm and clear, so I headed out from my friend’s new place to fish regardless.

Ken’s friend Eli had suggested a spot for me to fish. I arrived at the spot near nightfall, so I expected to catch a lot of catfish. Well, I did! A lot of Channel Catfish, steady action. I landed one fish every 15 minutes, maybe more towards the end of the session.

I’d like to go back here and soak a big cut bait to target the monsters that must be swimming around! The time being, I was trying to catch a different species of fish, so I kept with the worm. Next time I’ll be back with the big hook and big bait! 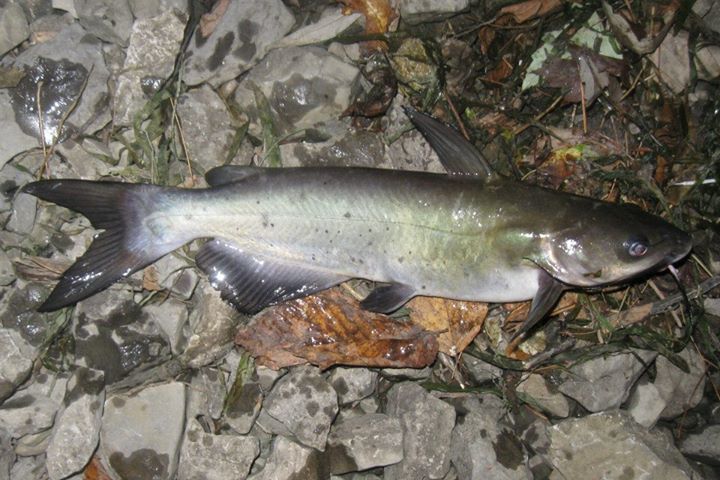 This one started pulling the rod sideways, it was a bigger fish than the rest: 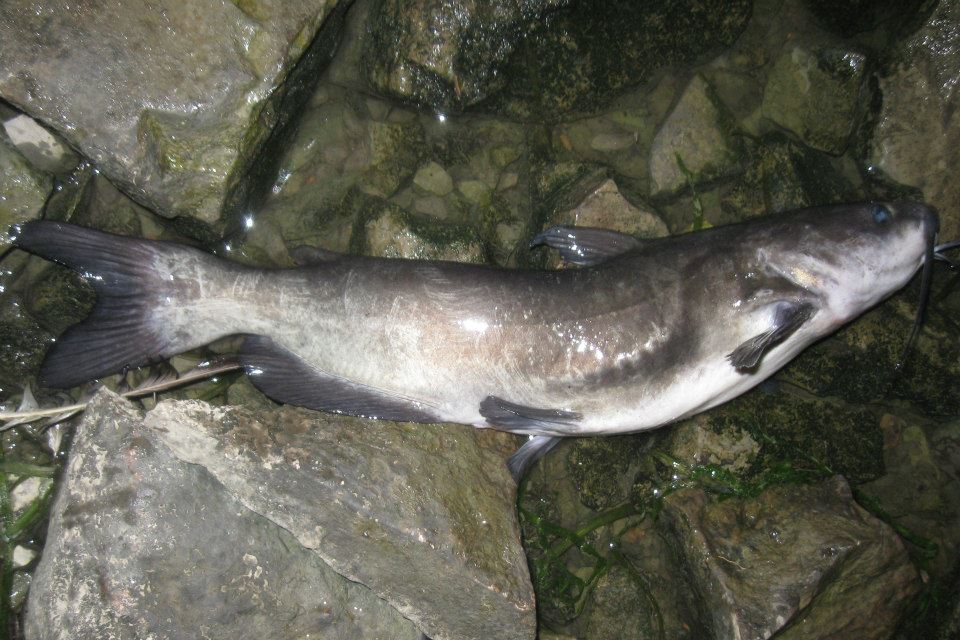 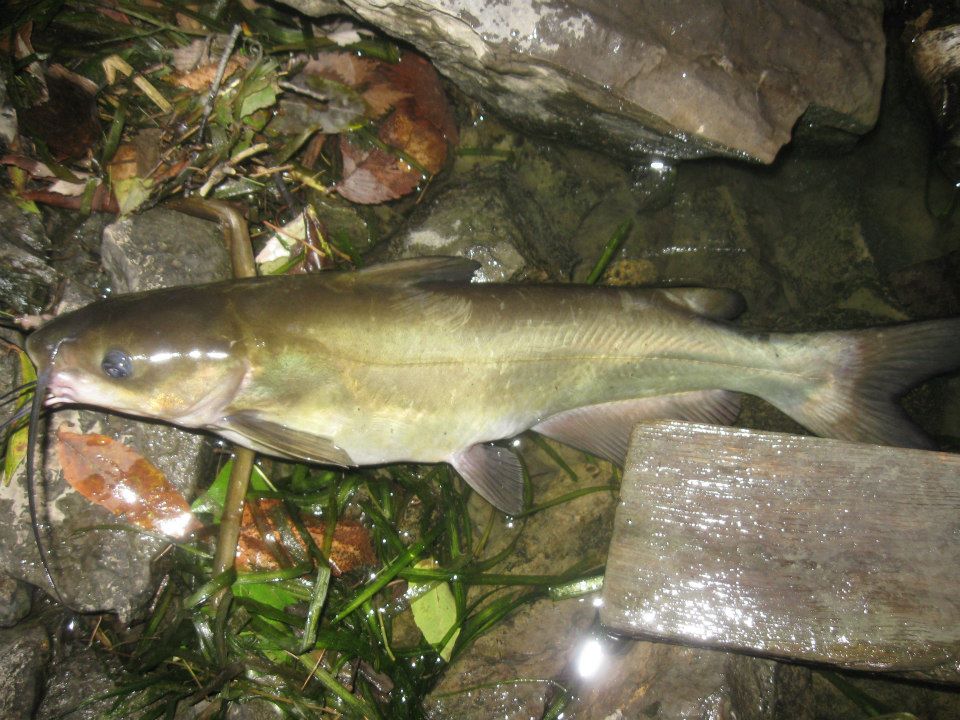 I saw a lot of fish surfacing and jumping, lots of activity. I wondered if those were a different fish and began thinking of a way to catch them.

The next morning I checked out a spot that Ken had suggested for walleye. I found parking at 5am and walked to the water. First cast, small fish on… but I lost it on the rocks and I didn’t have my flashlight on to ID it. It may have been my first walleye, I’ll never know.

The submerged rocks provided steady action. I caught everything but walleye or drum… a nice smallmouth bass, yellow perch, bluegill, rock bass, black crappie…. Great variety, great steady action… but not what I was after =D. 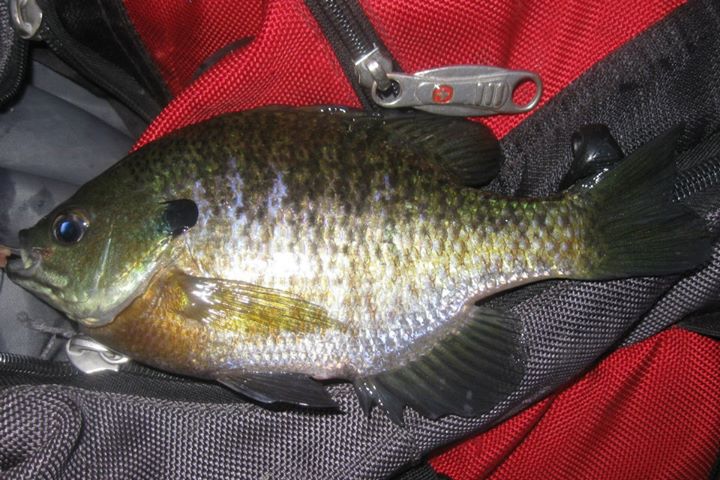 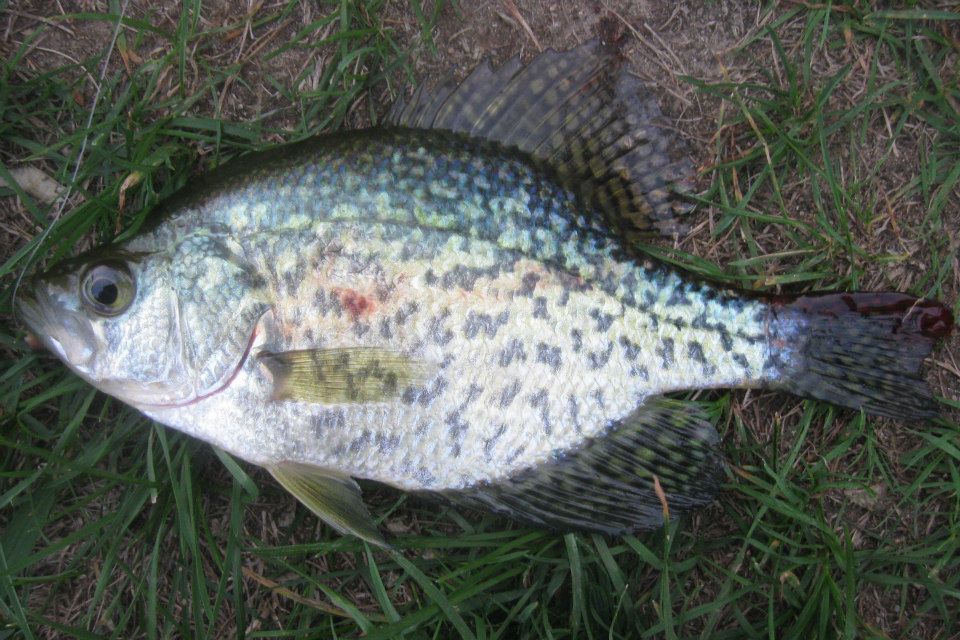 Finally, I had picked up my phone to update Ken on how it was going. I laid my rod down on my bag and began writing my text message… mid-text my rod started careening away along the rocks!!!

I grabbed my rod, felt the fish, and set the hook. It felt like a huge fish! After some pulling and reeling and bit of drag taking, I netted this medium-sized channel cat… what a fight for this size fish! I thought it was much bigger LOL 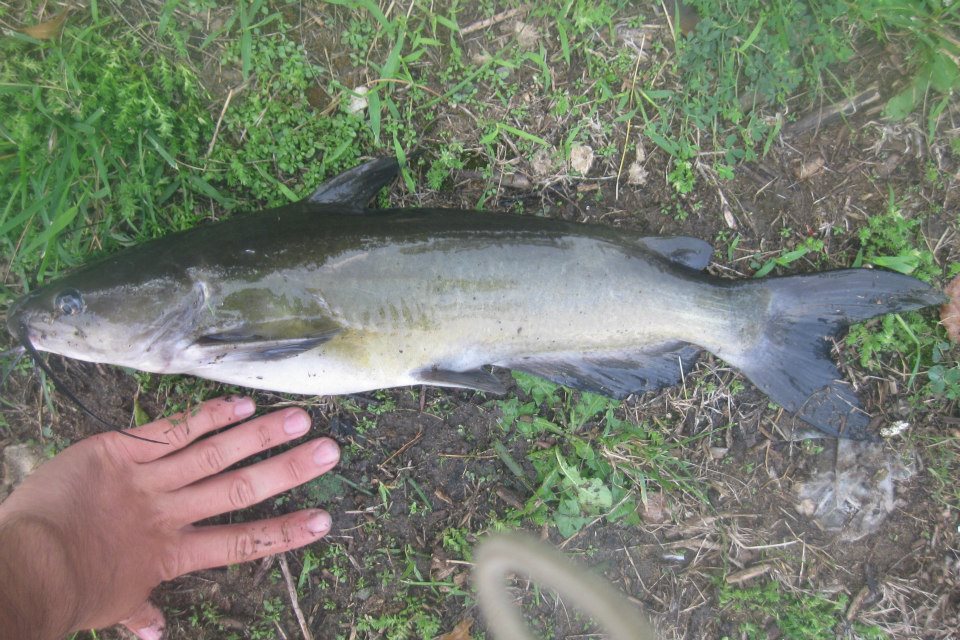 It was getting late and my friend was waiting to begin the drive back. I started heading back to the car. Along the way, I noticed an area that I suspected would hold fish. Cold water flowed into the main Ottawa river here, and I knew that would be a great spot for summertime fishing. It deserved at least a few casts.

First cast I very slowly dragged my worm along the sandy bottom near the water flow. I started fumbling with my reel handle out of boredom, and I felt a strong tug that pulled my rod down. By the time I came to my senses, the fish was gone.

Second cast I dragged my worm into the same area, strong tug AGAIN but the fish was gone before I could react.

Third time’s a charm, and I wasn’t going to wait for the hookset. I felt the tug AGAIN and immediately tugged back! I had hooked a BIG fish!

A great fight, I was dreading the sight of another channel cat and to my great amusement, it was my first freshwater drum! On the last cast of the trip! What a way to end off the trip. 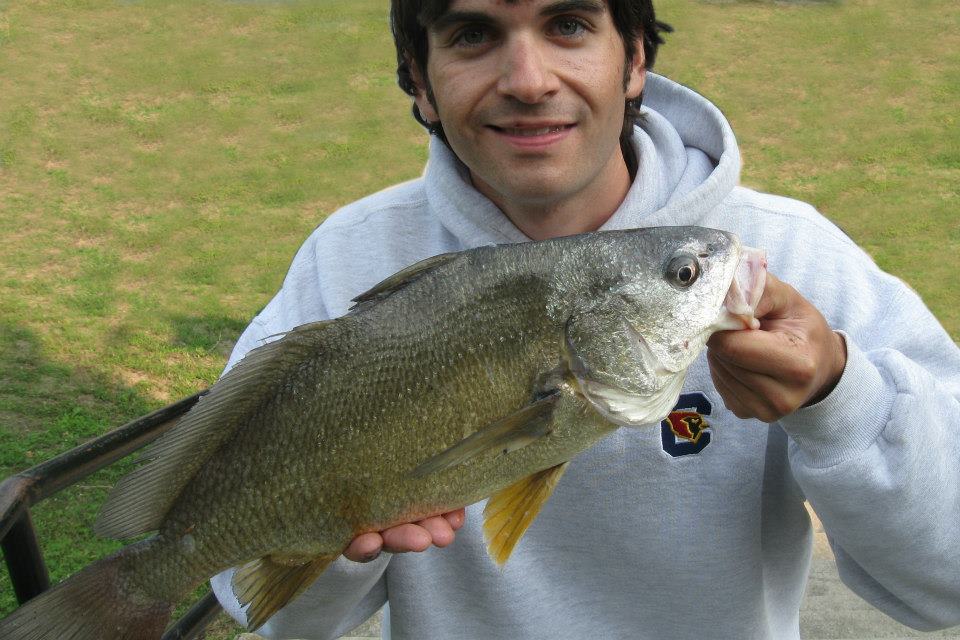 Thank-you to Ken and to Eli for guiding my fishing in Ottawa.

I’ll be back to Ottawa soon, now that my friend has a place there. =)