10 months and 6 days ago I set out for my first ever attempt at microfishing.  It was the the day I first began tracking my fishing species lifelist.

The target on that day was sticklebacks and I had returned empty-handed.

Through the summer and the fall I continued to pursue my first ever microfishing target:  the brook stickleback. Hours were spent hunched over and still, watching one or two swim past my hooks.

Fast forward to now.  Picking my car up from the mechanic I decided to have a look at the small streams in the area.

I connected with some blacknose dace: 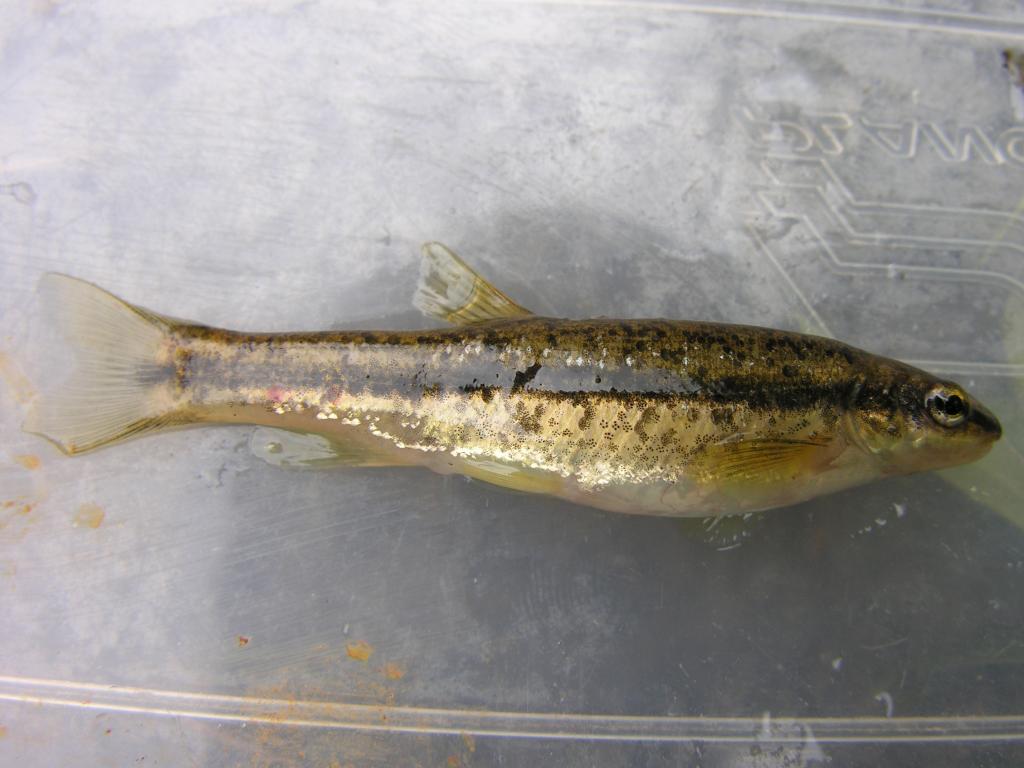 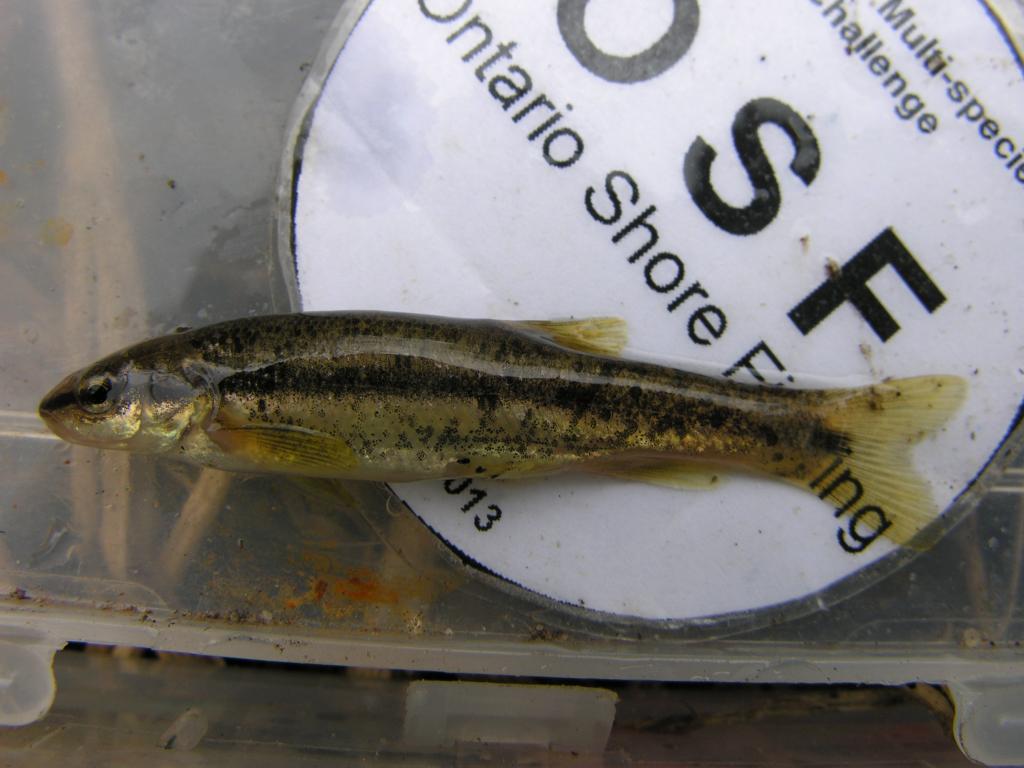 Things were looking up, but that’s about all I could find! Blacknose dace everywhere and one odd common shiner.

I reached an impasse in the stream and, on my way around it, I noticed a still pool of water that had been filled by previously high water levels.

There were some fish in there, so I decided to give this new habitat a try.

Most were spooked away from me, and I could see more of the ever-present blacknose dace swimming about. I decided to try poking the worm under the log by my feet.  It looked like a likely hiding spot for small fish.

And this little guy popped out to bite my hook: 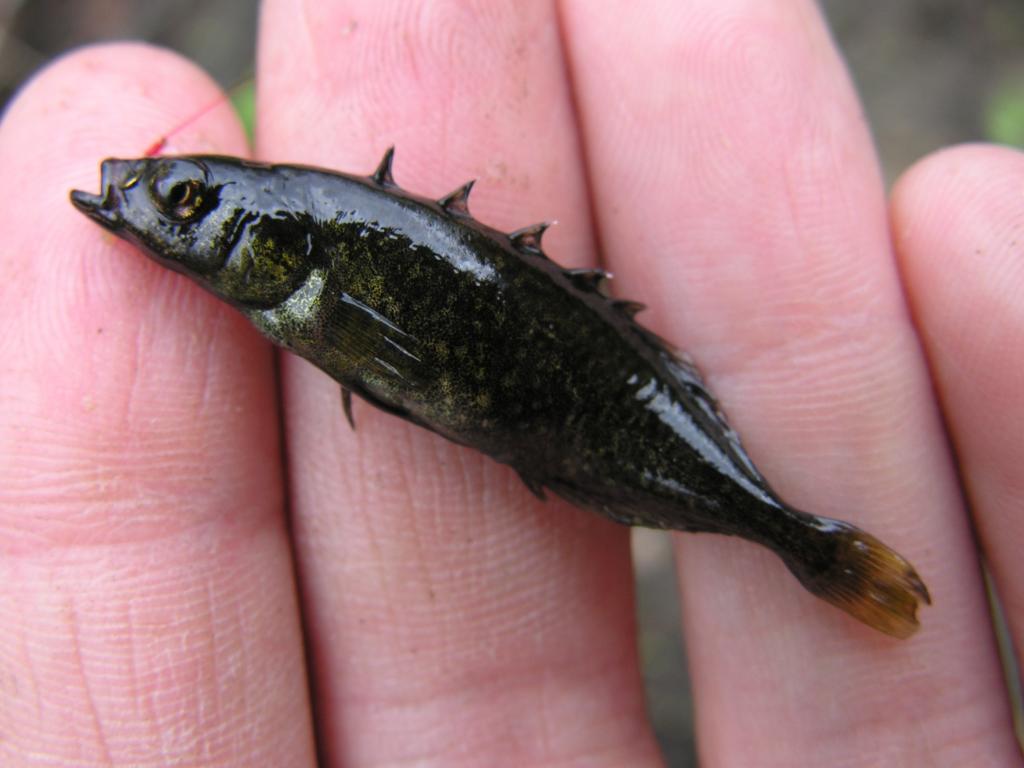 Followed by his partner: 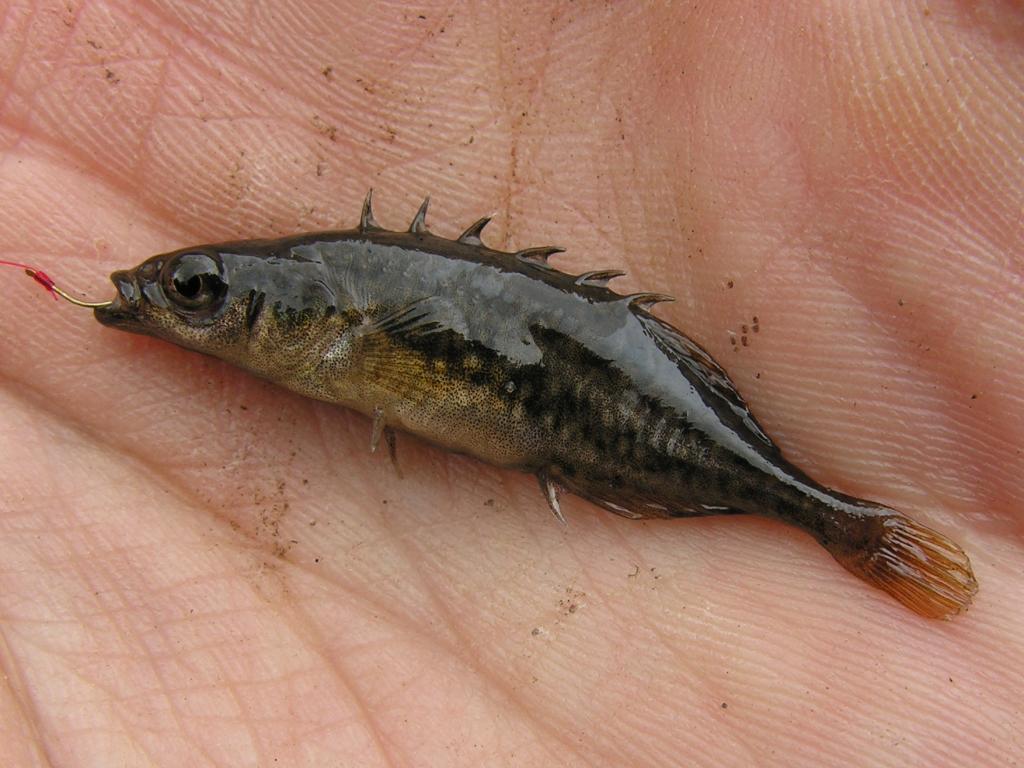 New species for me, the Brook stickleback!  A “long time” nemesis and my first ever micro-fishing target has been accomplished.