Snakehead are fish that elicit polarizing feelings from anglers and environmentalists.  While widely considered invasive and destructive to ecosystems, there is no doubt in their suitability as a game fish.  While I did not connect with any on this trip, Pat graciously offered Ken and I guidance for other new species to target in Virginia.

After a long drive from Toronto to Pat’s place in Alexandria, a game plan was drafted.  The next morning, Pat lead us to the first location of the trip:  a string of acidic ponds that were located around a river.  The ponds would hold flier and chain pickerel, and the river would hold redbreasted sunfish.

I wish I had taken more pictures of the scenery, there was something truly unique about these ponds.  I’ve never seen anything like them before.  The water was dark brown, but clear, and in the calm morning it was a perfect mirror of the blue sky.

We began trying to catch chain pickerel using ultralight rods and small spinners.  They didn’t seem to be biting so I switched over to target the flier.

Things started off with a beautiful black crappie. 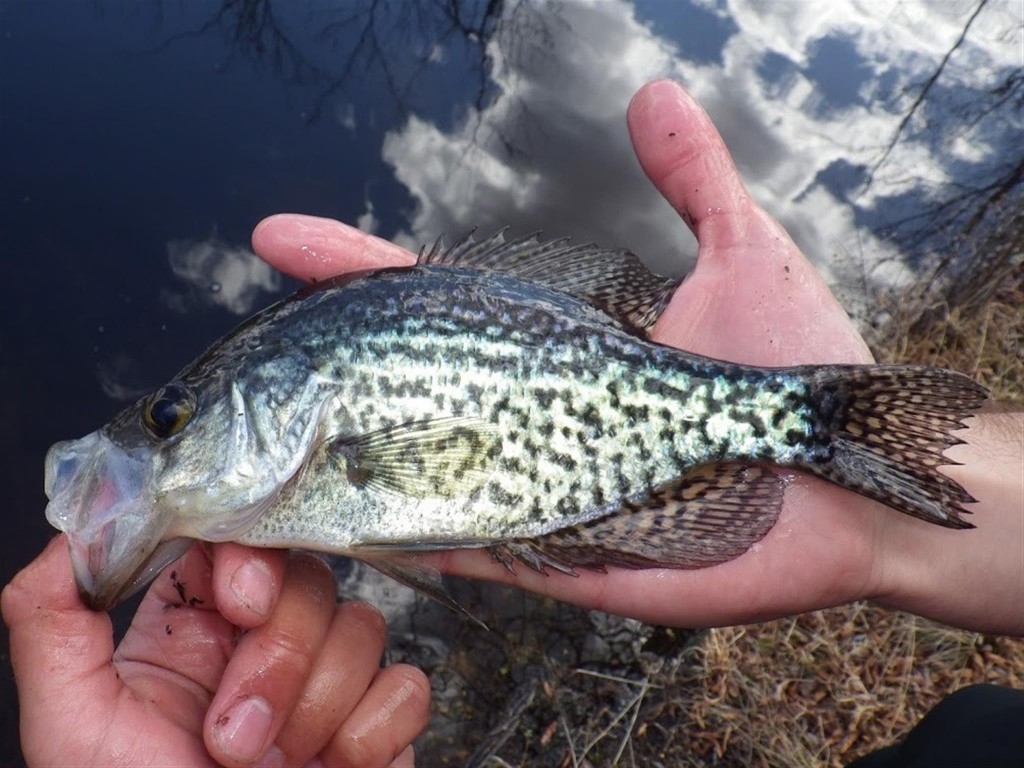 With some guidance from Pat, I was able to catch the unique sunfish species that is a flier: 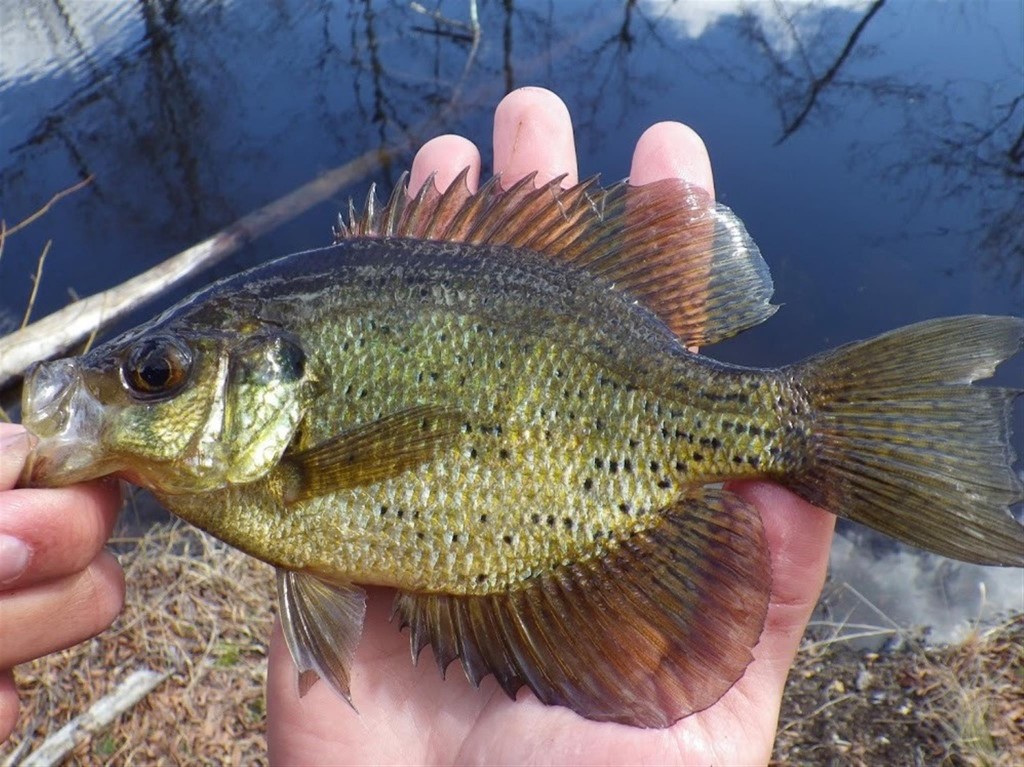 I then switched back to fishing a spinner and was able to pull a chain pickerel out from some woodfall. 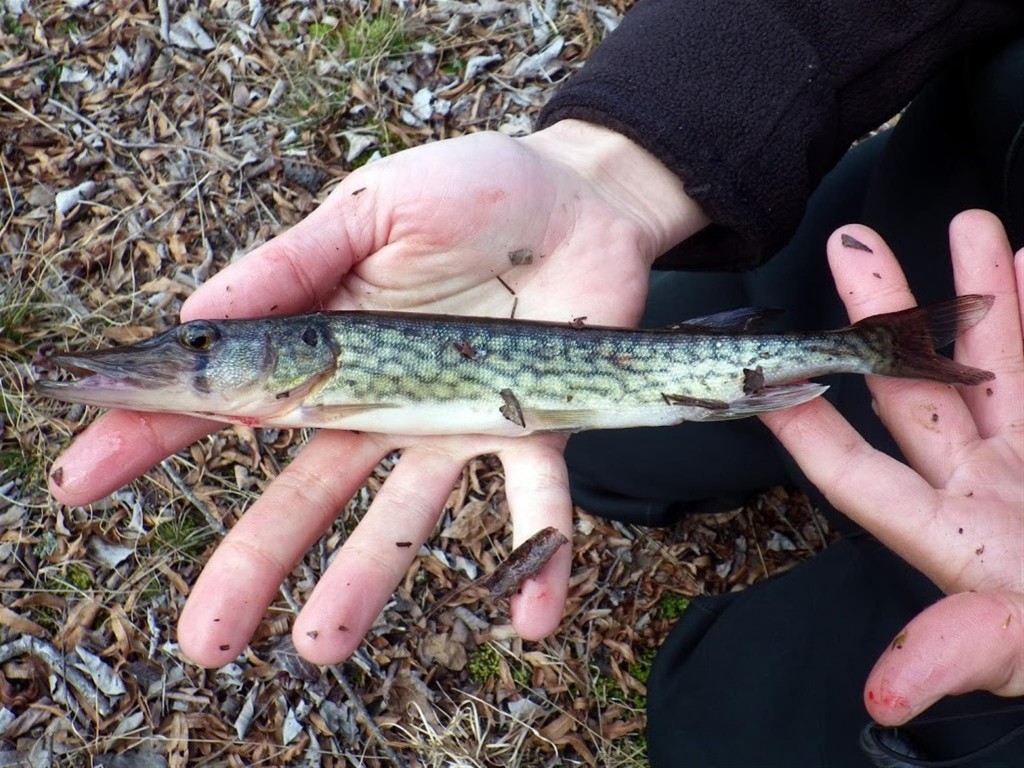 As we moved on, we crossed a much larger pond and I staggered behind the group.  There were more chain pickerel to be had, and I was looking for a bigger one. 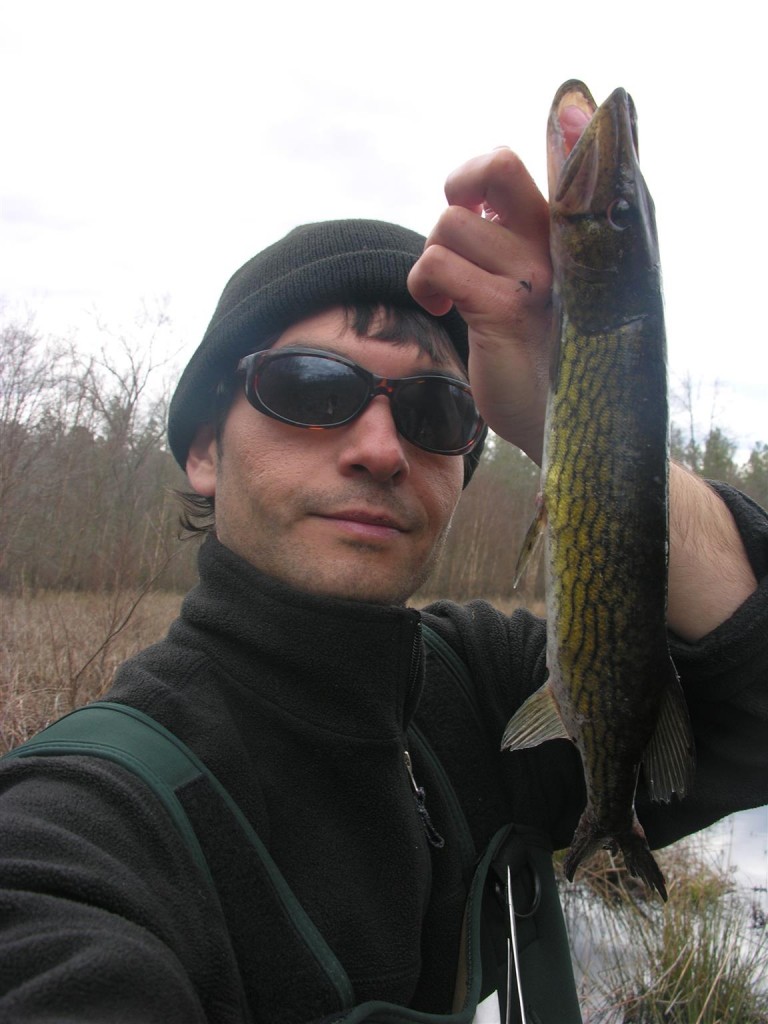 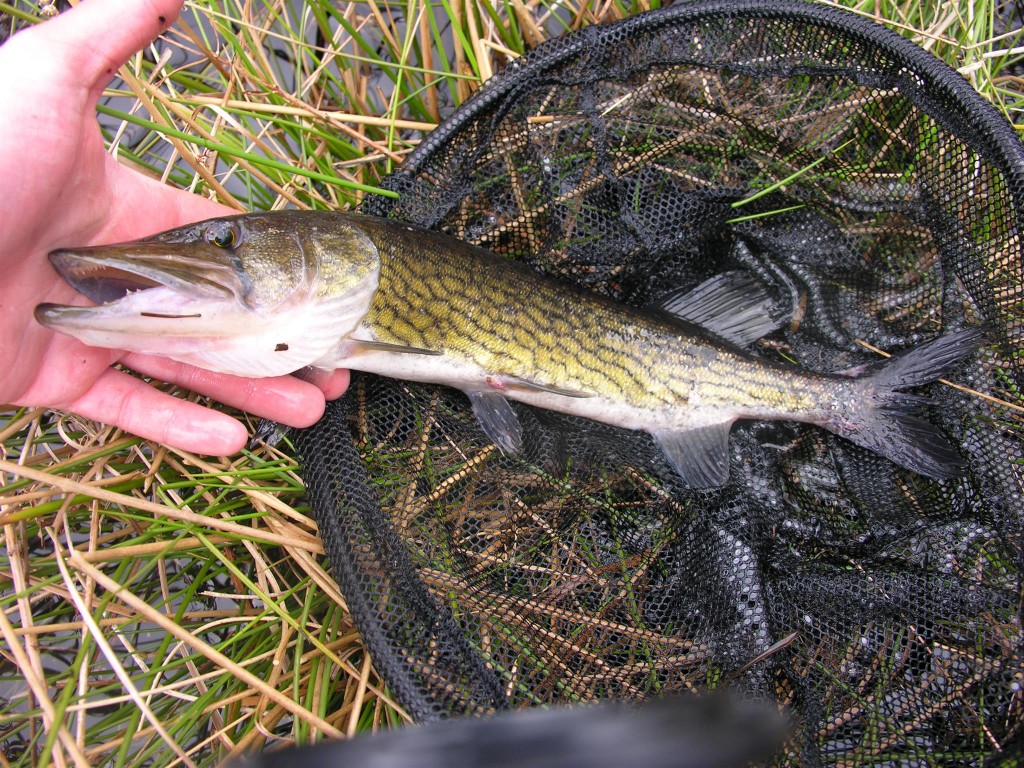 As I was working my spinner across a narrower channel of the pond, I noticed swirling behind it.  I started varying my presentation to try and entice the fish to hit.  Eventually, I just skipped the spinner across the surface.  I almost couldn’t believe it when the fish erupted violently and ate it!

After a few strong runs on the 4lb ultralight, I had a much larger grass pickerel just a foot from the net before it shook the little treble hook free.  A loud swear word echoed through the wilderness =).   That’s fishing!  Still quite the memorable fish.

Pat and I broke off from Ken and we tried the river to catch a redbreast sunfish for my life list.  I had one on and almost up the bank, but it wiggled free as Pat was grabbing it.  I think Pat felt pretty bad about that, but I wasn’t too worried.

Pat and I checked out some ponds further away for bowfin, but didn’t find any.  One thing I learned about Pat this weekend was that this man loves to walk marathon distances to fish.  It was only our first day fishing with Pat, but my feet were spent =).

The next morning, Ken and I checked out a spot where I could get revenge on the redbreasted sunfish.  As I fished through the panfish, I was getting discouraged at the onslaught of bluegills.  Ken suggested I change my rig to a more sensitive float.  As I stung bluegill after bluegill, I noticed some small fish in the shallows.

Banded killifish (thank-you to Ken for the photo) 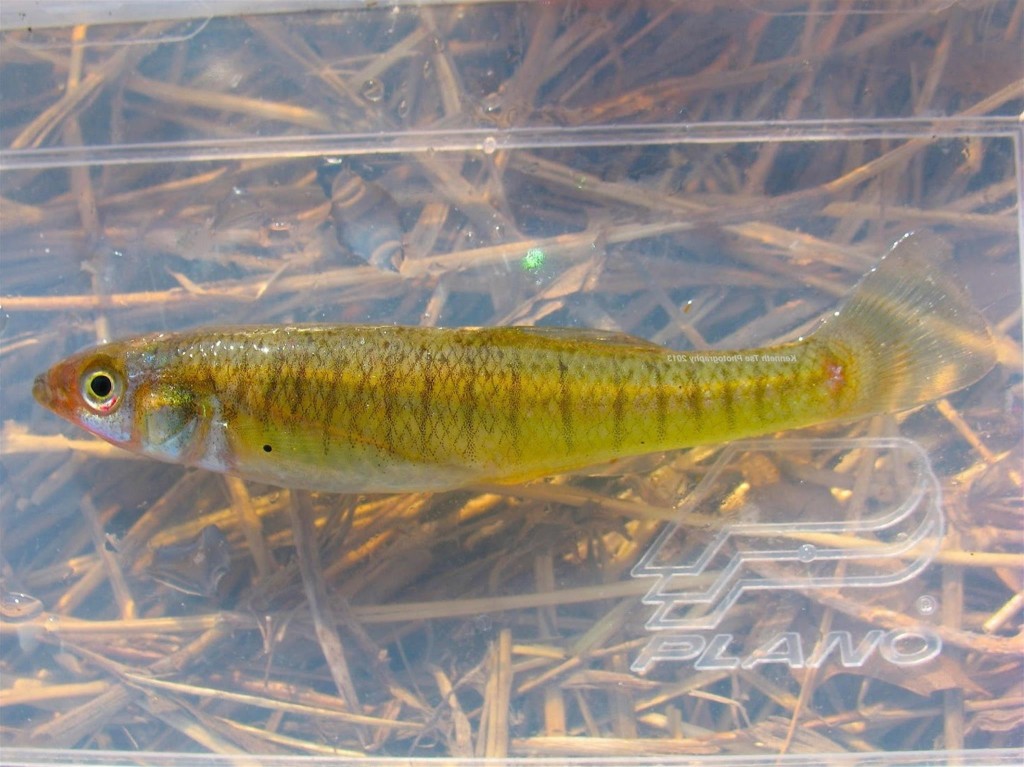 After piercing a hefty stack of panfish, Ken spotted something on my line that looked a bit different.  At long last, revenge was had.

Redbreasted sunfish (again, thank-you to Ken for the photo) 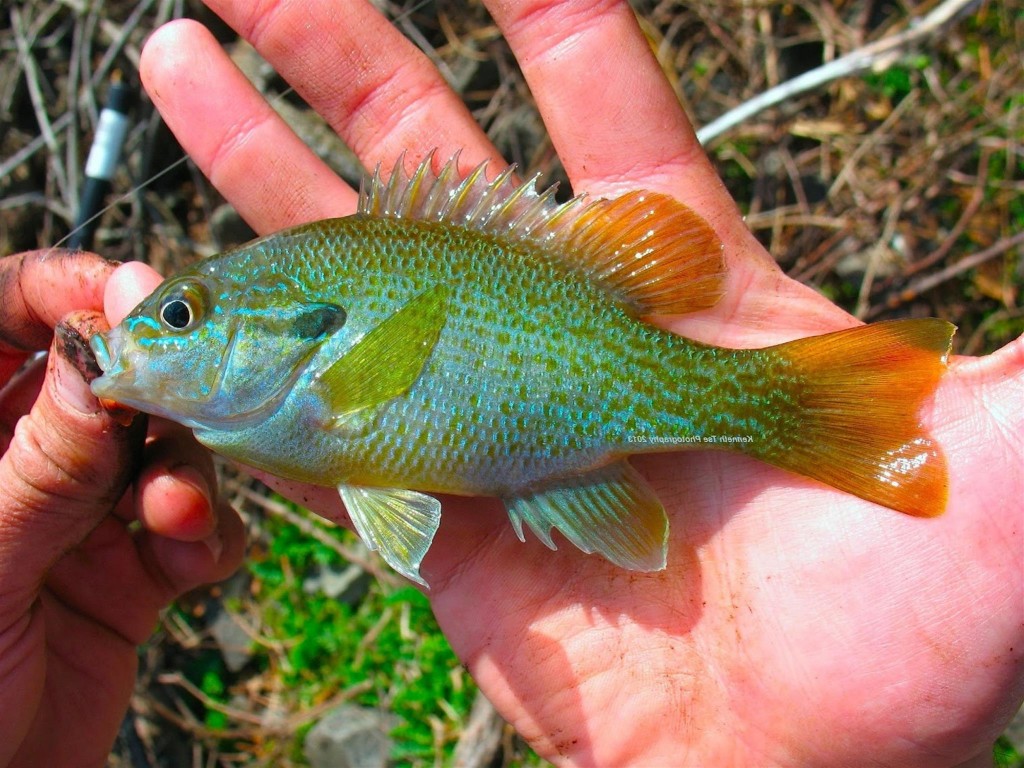 With that, Ken and I headed across the river to purchase a fishing licence we would need to target blue catfish on the Potomac river. 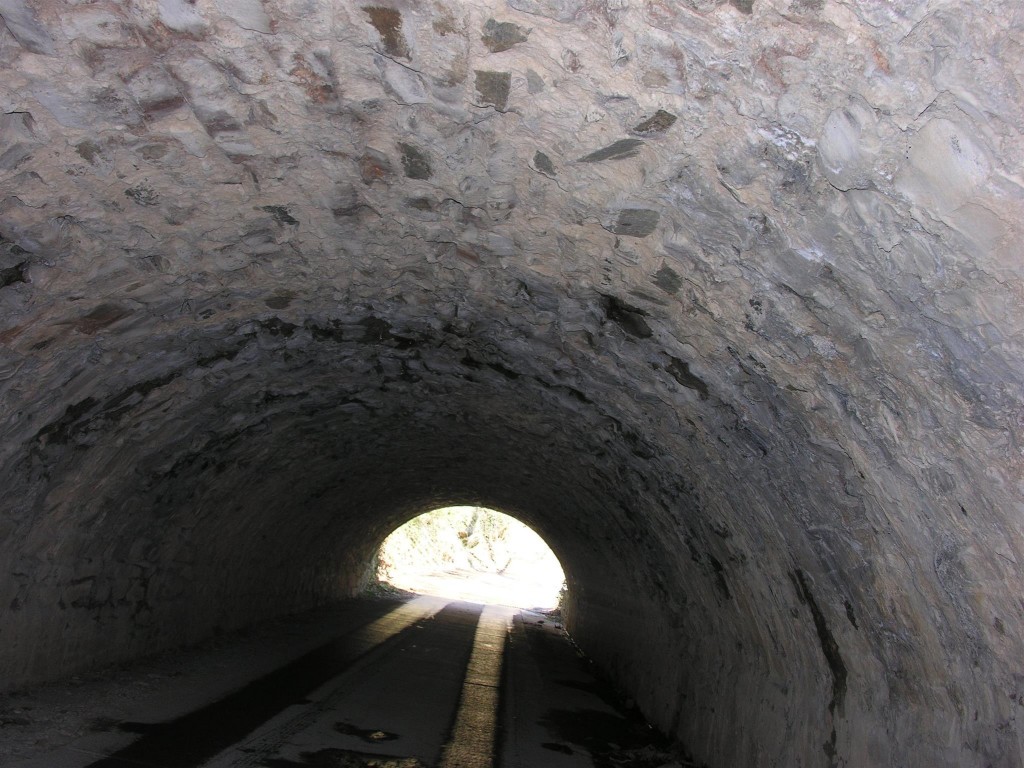 After trying unsuccessfully for blue catfish on that side of the river we moved to a different spot.  We were fishing dead sunfish as bait.  I injected mine with a little bit of garlic paste for good luck and sent them out into the abyss.

The garlic payed off! 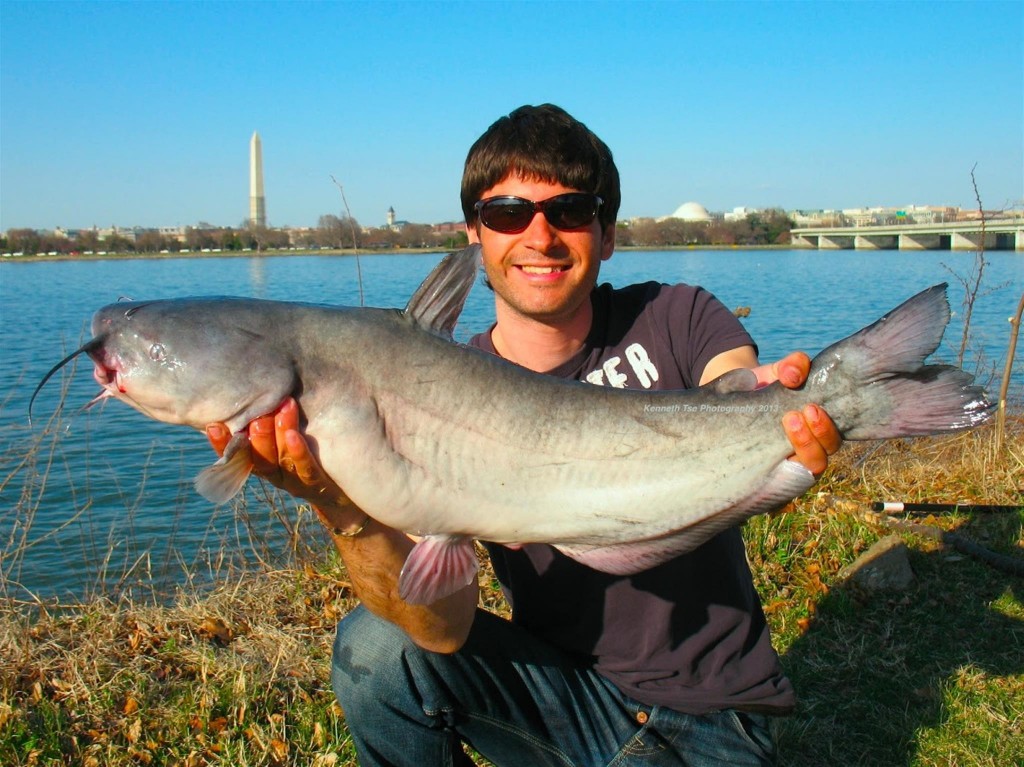 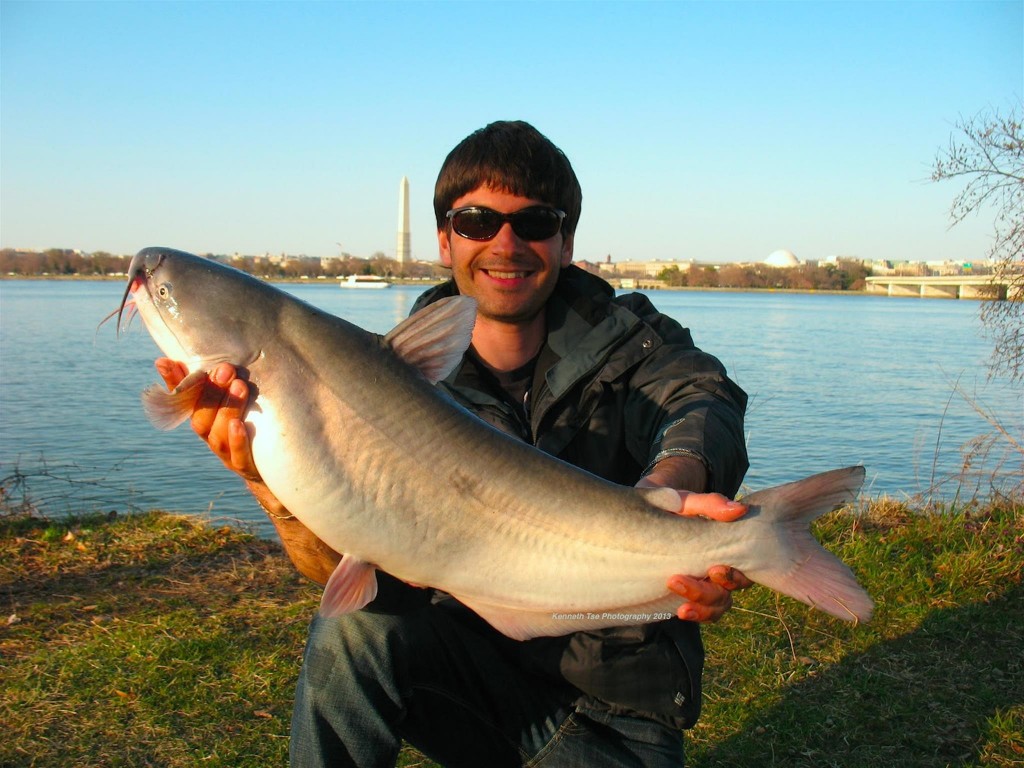 Thank-you both Pat and Ken for helping me with these awesome kitties!  Pat’s intel panned out and Ken had to balance on some pretty gnarly rocks to net these fish.

We caught a few smaller ones before calling it a night.

The next day we started early in our search for Northern snakehead in an urban canal.  However, it was clear that they hadn’t yet made their spring appearance yet.  We moved on to targeting shad on the Potomac.

After a convoluted and… interesting… hike down the valley, we took our spots to fish the current seems for shad.  In comparison to typical peak shad fishing days, our day was a slow one.  However, we all got our target fish.

These shad liked to put on a chase.  I had a few instances where I noticed them following behind my twister tail grubs in the crystal clear water near shore.  Eventually, one committed. 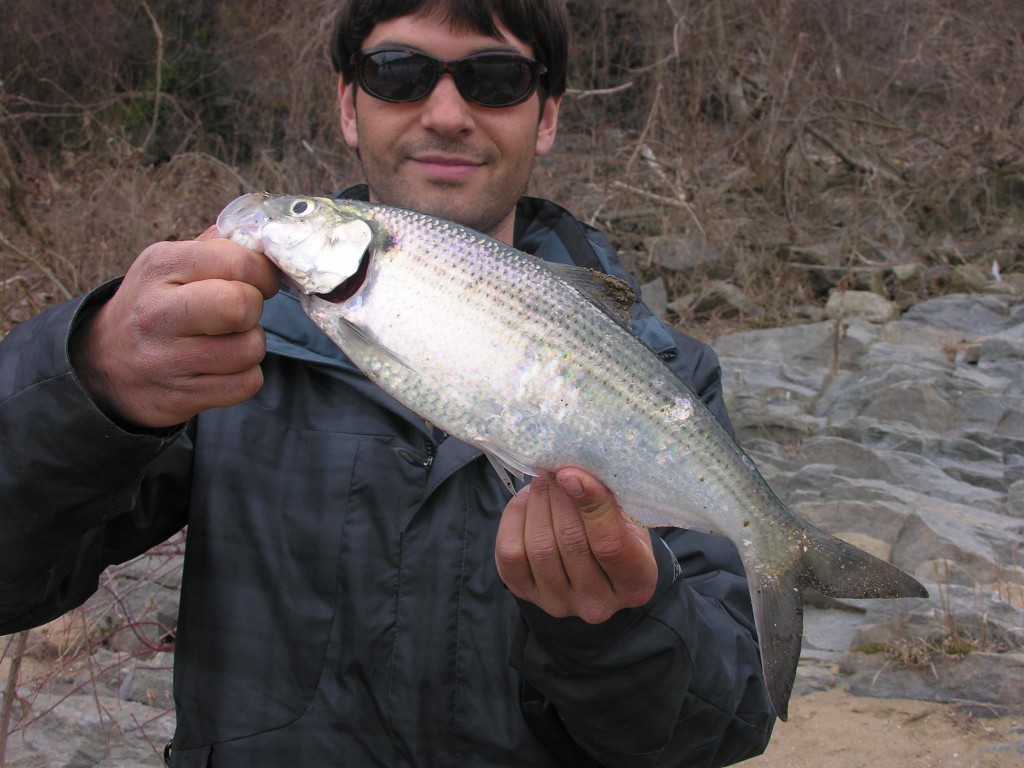 The iridescent colours on their otherwise plain silver bodies was not short of notable. 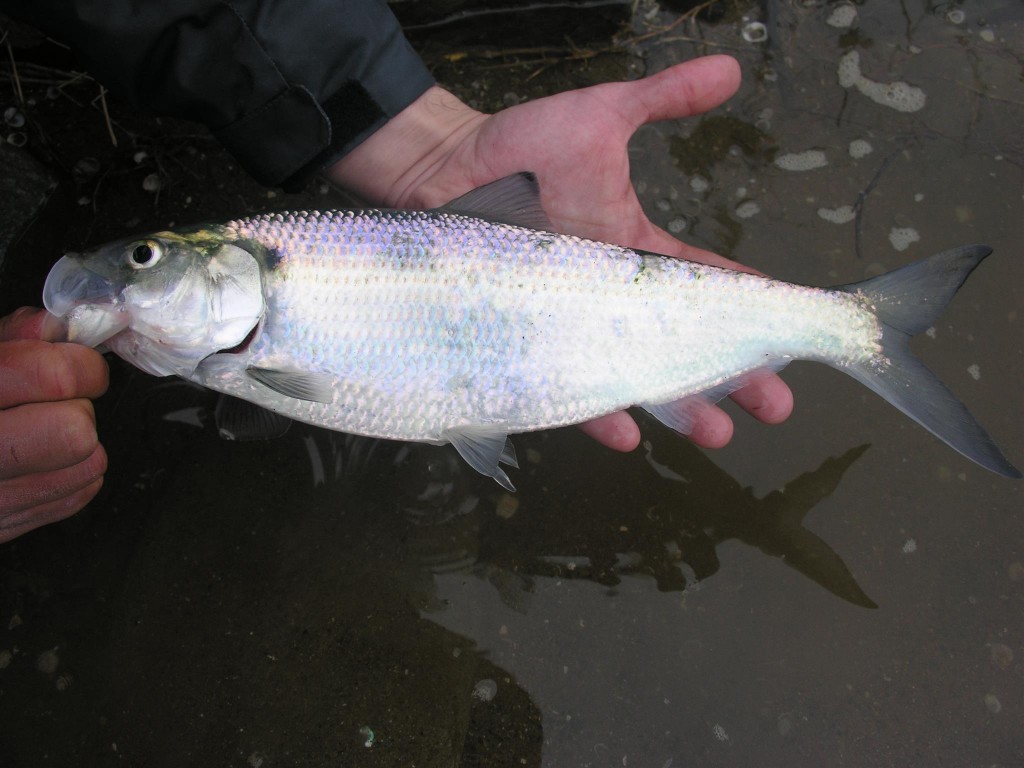 After the bite slowed, we moved upriver.  There wasn’t much biting at this new spot, but I did hook a fish that felt strong.  We all hoped it was a striped bass, but it turned out to be a quillback carpsucker snagged in the back.  This would have been an incredible life list catch had it been hooked fairly! 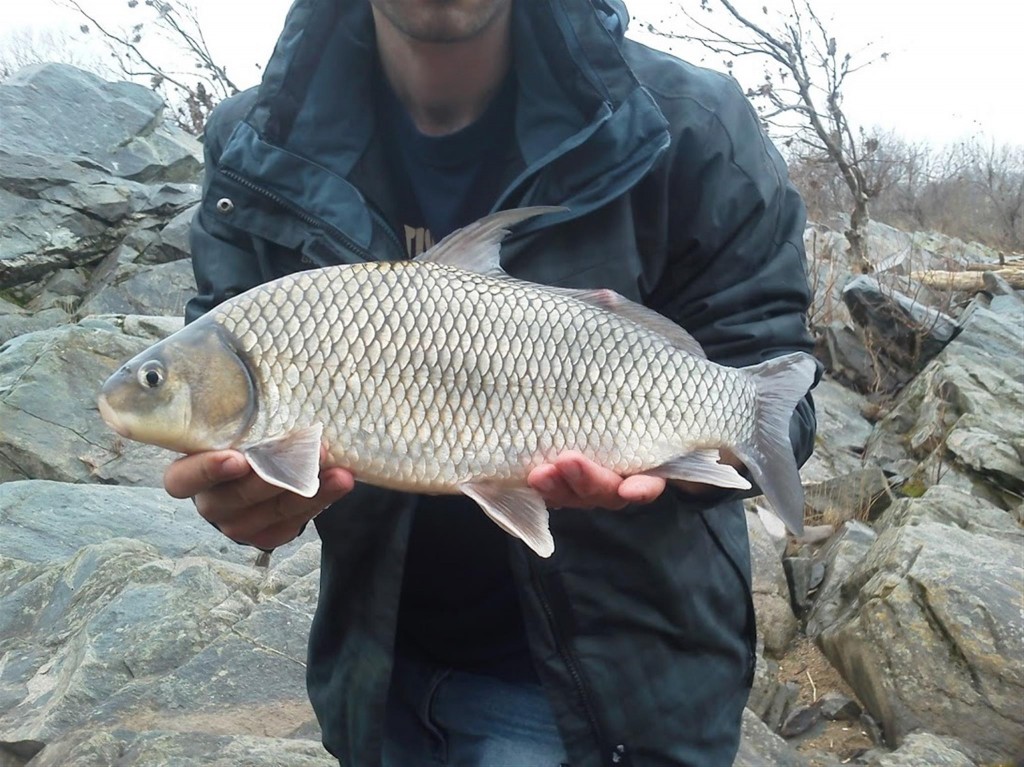 The next morning I woke up early to give Northern snakeheads one final try.  I didn’t spot any, but I did find some interesting carp, koi, and goldfish near a water discharge.  One of them was hungry enough to eat a minnow on a jighead, and it turned out to be a pure goldfish for my life list! 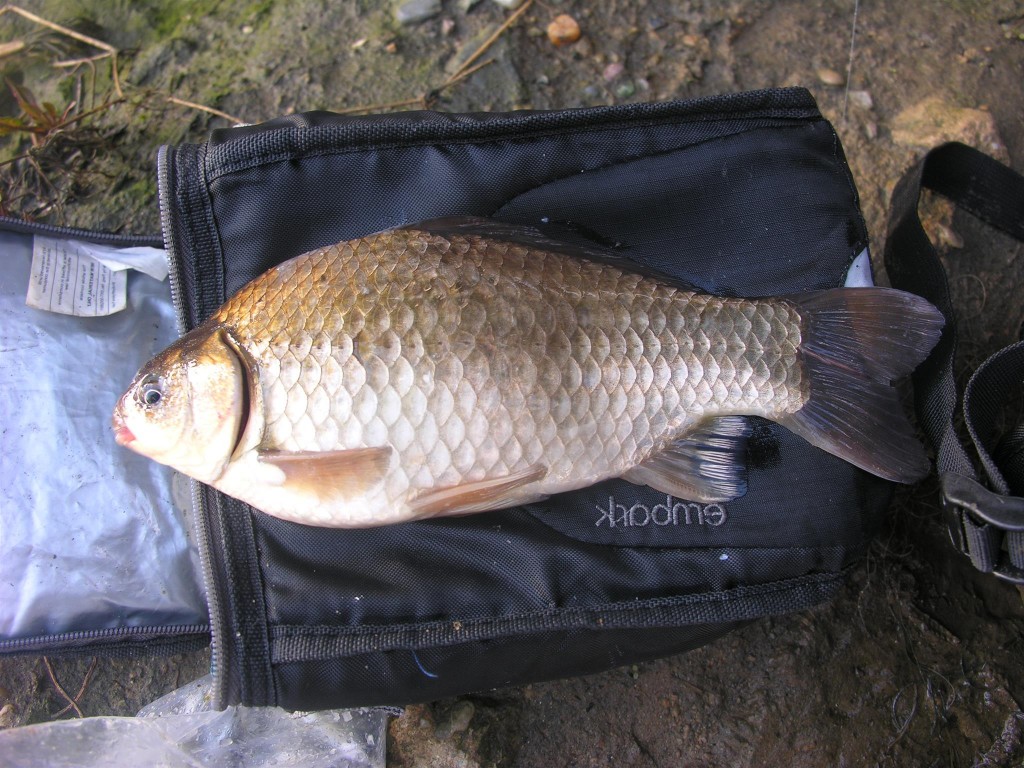 With that it was time for Ken and I to depart for Toronto.  Thank-you Pat for the hospitality and guidance in this unique corner of the globe.  I wish I had more scenery shots to share, but I’ll get those when I’m back for the Northern snakehead.